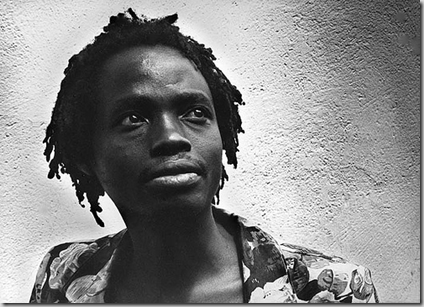 The late Zimbabwean writer Dambudzo Marechera, the “the enfant terrible of African literature” whose House of Hunger won the Guardian Fiction Prize in 1979, is to be commemorated in an e-Book anthology put together by writer and illustrator Ivor Hartmann. The book is called Remembering Marechera and celebrates what would be the author’s posthumous 59th birthday this year, and consists of short stories, essays poems and reviews.

Hartmann is calling for contributions – essays, poems and stories – which must be submitted by April 6th this year, with the length of each piece restricted to between 1000-5000 words. So if you have a penchant for writing and an admiration for the “enfant terrible”, get writing:

The late legendary writer, Dambudzo Charles Marechera, will be brought back to life through a commemorative e-book, whose publication will coincide with what would have been the eccentric writer’s 59th birthday.

Marechera died in 1987, but his works has continued to dominate the local and international literary canon.

The e-book will be published by StoryTime Publishing, an online initiative by Zimbabwean writer, publisher and visual artist, Ivor Hartmann.

“To celebrate Dambudzo Marechera’s posthumous 59th birthday this year I will be putting together an e-book anthology entitled Remembering Marechera, consisting of essays, reviews, short stories and poems that follow this theme, to be published by StoryTime Publishing,” said Hartmann.

Editors for this project are Zimbabwean writers Emmanuel Sigauke, who will take care of the poetry and Tinashe Mushakavanhu who will edit essays while Hartmann himself will edit the short stories.