Amazon’s New Kindle Family Members: Meet the Touch, the Fire, and the $79 eReader (But Don’t Invite them Over) 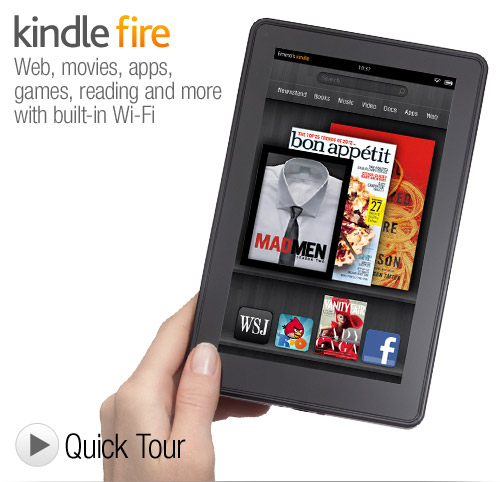 Doing his best Steve Jobs impression yesterday in New York, Amazon.com chief Jeff Bezos unveiled three new ereader products at prices that will likely prove disruptive to the two markets that Bezos and Jobs are doing epic battle to control: the markets for content devices – and the content itself.

Bezos chose a “slow reveal” route to the announcement of the Amazon tablet that many digital content watchers had expected. The 7-inch-screen, wifi-only, Android-powered device is called the Kindle Fire, runs a new, mobile-device-specific browser called Amazon Silk, and is joined at the hip to Amazon Cloud Drive, the company’s online content reservoir and streaming service. Which, for South African consumers, means that, slaver though you will, the device will remain out of reach until Cloud Drive becomes available internationally. 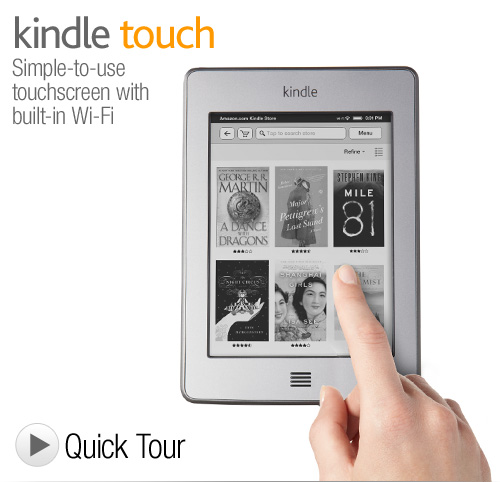 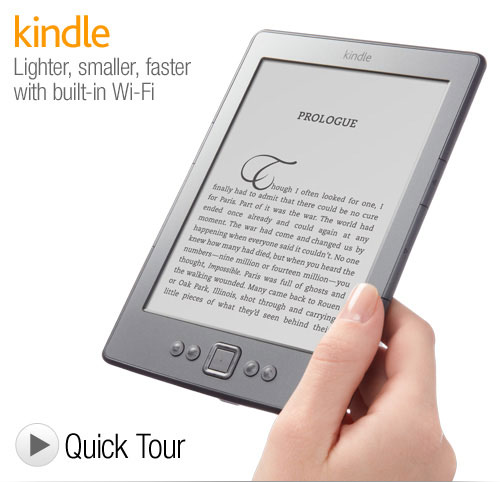 The same applies to the other premium device that Bezos brought to the world’s attention yesterday, the Kindle Touch – which comes in both wifi-only and 3G versions. The product page firmly states that it’s available only in the USA, which ZDNet seems to confirm.

If you want a Kindle shipped to your SA address from Amazon, then, you’re stuck with the (admittedly very nice) Kindle Keyboard 3G (it costs $189 plus shipping, and you see it being used on the Cape Town-Joburg flights in about a quarter of the seats) – or (Bezos had to throw a bone to the rest of the world, after all, didn’t he?) the new “baby” Kindle, a 6-inch e-reader that is 30% lighter than the keyboard version and retails for $109 excluding shipping, but doesn’t appear to have 3G.

(The SA e-commerce site Have2Have is promising to get you the Touch for R1645.22 – but whether the device will sync to your SA library is another matter.)

Amazon’s innovative, tiered pricing system, meanwhile, is in place for all the US-only Kindles except the Fire. The latter costs $199 – less than half the price of an iPad (but also with fewer than half of the features) – while, if you can stomach advertising on your ebook, the “baby” Kindle starts at $79, the Kindle Touch WiFi at $99, and the Kindle Touch 3G at $149. If you don’t want ads, the readers will cost $109, $139 and $189 respectively.

The Guardian had the best live coverage of Bezos’ event:

10.15am ET / 3.15pm BST: Amazon founder Jeff Bezos is showing slides of all the negative comments that Kindle received. The sales charts show otherwise, he says. “Four years ago we stated with 90,000 books today it’s a million,” he says. “You can choose any of these books and have them in 60 seconds wirelessly.”

This all looks like a pitch for how the new device will get better over time, to defuse criticism that it’s an underpowered iPad.

The newspaper also had a good, early take on whether the Kindle Fire will be able to compete with the iPad:

The new Kindle is far less advanced than the iPad. It doesn’t offer a mobile connection, working only with Wi-Fi; it doesn’t have a camera or microphone; and its screen, at 7 inches, is smaller than the iPad, at 9.7 inches.

However, at half the price, analysts said it presents the first serious challenge to the iPad’s dominance of the tablet market, as Bezos tries to build on the success of his company’s Kindle book reader with a colour-screen, multimedia offering for US consumers. In Britain, buyers will have to wait until next year at the earliest.

Don’t miss Mashable’s video from the event, showing just how content-rich the Kindle Fire is intended to be – and revealing that the business model for the device is driven, in part, by free streaming, when Amazon Cloud Drive is coupled with Amazon Prime, the company’s premium-service, erm, service, which costs $79/year: 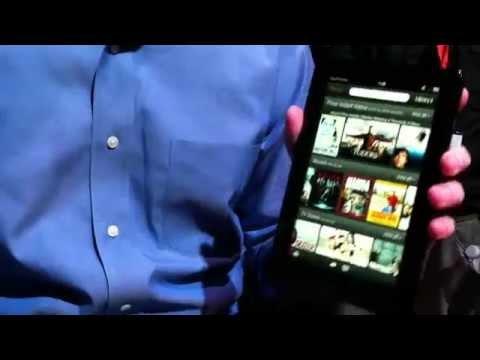 Meanwhile, the Android community has taken some pains to stress that the Kindle Fire is not a standard Android tablet. Computerworld’s JR Raphael blogs a cautionary tale:

Amazon’s Kindle Fire tablet doesn’t include access to the main Android Market. Instead, all app purchases go through Amazon’s own Android app store, which has a far more limited selection. Amazon’s app store does have many big-name applications available, but plenty of popular items are absent, including most items tied to Google services. A quick search of the store, for example, turns up no results for Google Voice, Google+, Google Docs, Google Maps, or YouTube. Also missing are popular third-party programs like Skype, CNN, and Pandora, though it sounds like the last one could come preloaded on the device. (It may be possible to “sideload” apps onto the Kindle Fire using APK files, by the way, but we won’t know for sure until the tablet is made available for closer inspection. Even if it is possible, that’s not something a typical user would do; for most folks, the Amazon store will serve as the sole source of applications.)

We’ll give the last word to PC Mag, which is already starting to cover the next round of the tablet wars. Enter the Kobo Vox:

With the launch of the new $199 Amazon Kindle Fire tablet, attention may turn to Kobo, which is currently testing its Vox “eReader Tablet”.

Kobo submitted the Vox to the FCC on Sept. 14, a Wi-Fi-enabled tablet that will apparently compete with the Kindle Fire. But how? The release of Kobo Pulse, an expansion of its social platform, implies that the company will focus itself as a socially-connected platform in order to compete with Amazon’s reach.