Nick Wood Reminisces on Afri-Comics, Soweto’s ‘Superman’, and Hints at the Future of Graphic Novels in SA 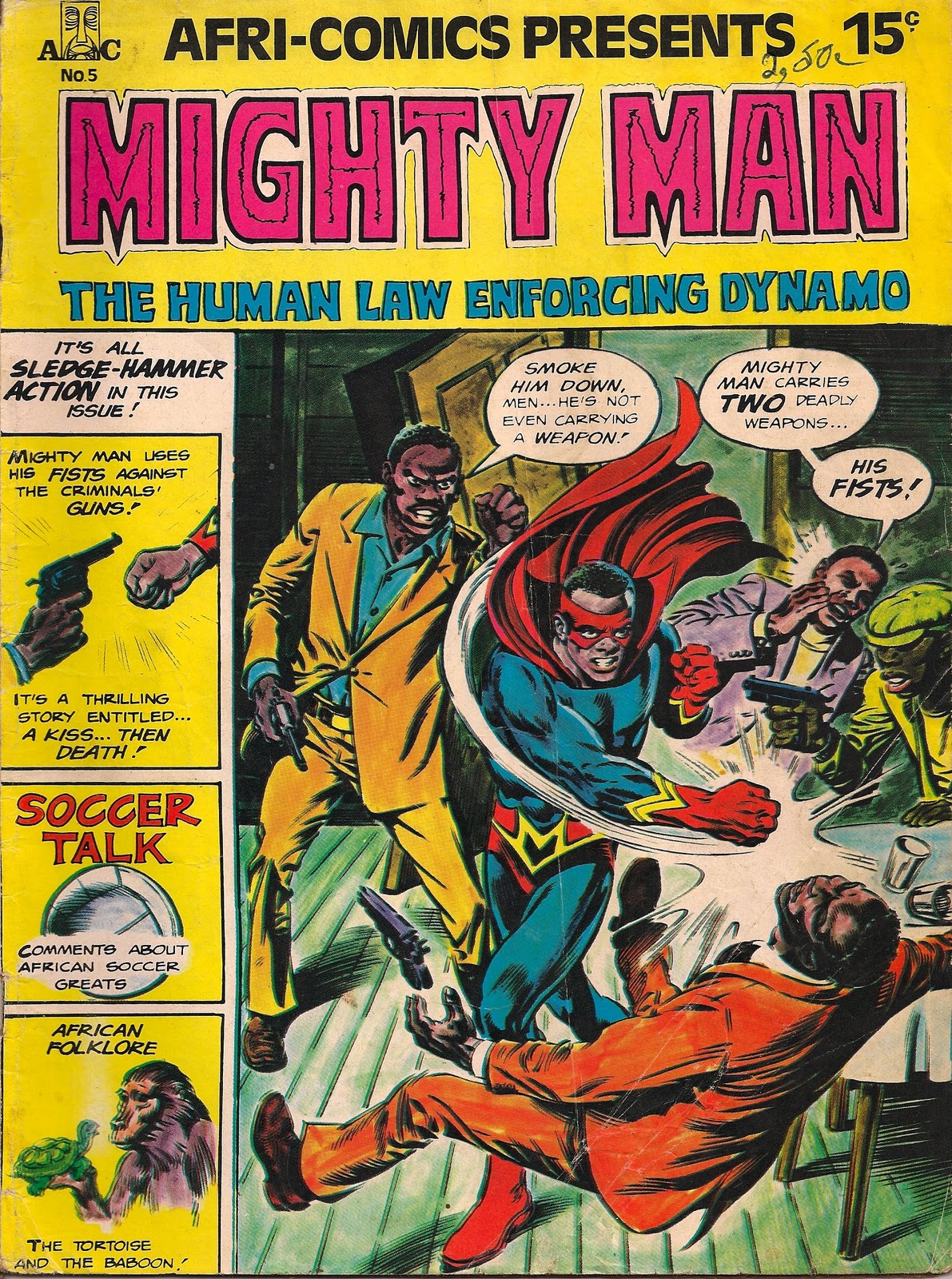 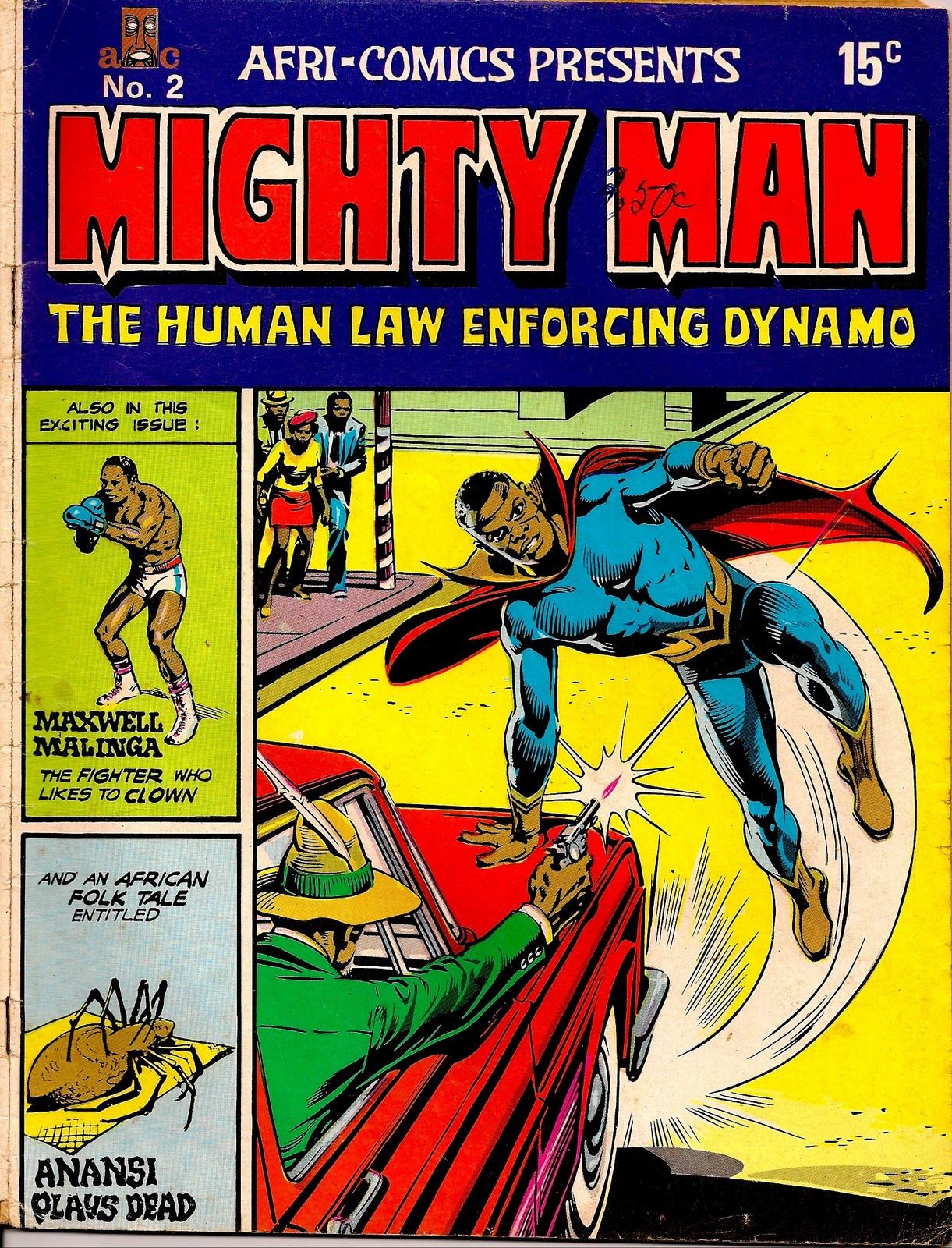 Nick wood has written a critical article for South Afican Comic Books in which he recalls his experience of growing up reading comics in the 70s, his loyalties as a “Marvel Man”, and how little he knew about the black Superman of the townships, Mighty Man. For his historical analysis, Woods often makes reference to Andy Mason’s What’s So Funny? Under the Skin of South African Cartooning.

Wood says local comics were not an entirely new phenomenon in the seventies, as there had been a long history of photo comics – sequenced panels of staged actions based on Latin American fotonovelas. The difference with the Sowetan super-hero Mighty Man was that he was the first illustrated comic hero to follow in the tradition of DC and Marvel prints.

Wood says Mighty Man kept law and order in the townships, with tsotis, dagga merchants, thieves and communists (“a thinly veiled allusion to the then banned African National Congress”) as his enemies. Ultimately, Mighty Man met his demise when he was “‘killed’ by the very people he had claimed to defend”. News stands were burned down in the Sowetan rebellions of 1977, thus ending the super hero’s print run.

Weekly Comic Book Review describes “All the Pretty Ponies” as follows: “What starts out as a Surrogates-type story where rich people are paying money to inhabit and take virtual/remote control of a bunch of poor folks has a very wicked twist. You can read more about the story at Lauren Beukes’ blog.

I’ve been a comic book reader since I grew up in Zambia and then South Africa during my teens and beyond. Due to the vagaries of international distribution at the time these were mostly super-hero comics, imported from the far shores of the United States of America, although alongside these came a smattering of British comics such as Tiger and Hurricane, The Beano and Dandy. Television in South Africa had been effectively banned up until a tightly censored state broadcasting (SABC) was launched in 1976, so comic books were a constant early teens ‘companion’ for me.

During this time I crystallized an identity choice – as regards comics, I became a ‘Marvel Man’ – i.e. I decided Marvel was ‘better’ than DC – for me at least, their comics felt younger, fresher, more (with adult hindsight – perhaps ‘pseudo’) scientific. Some of the favourite titles I used to devour after school in my local C.N.A. (South African newsagent) were Daredevil, Amazing Spider Man and … Luke Cage, Hero For Hire.