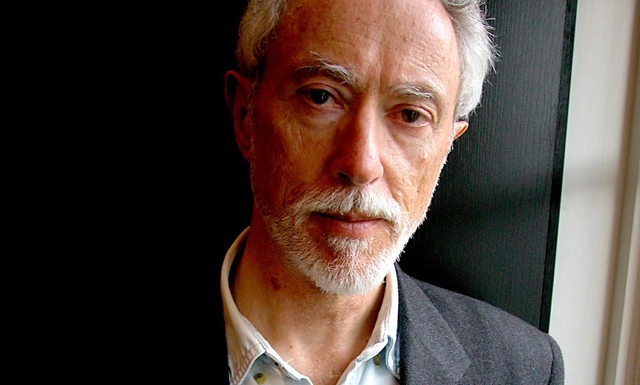 Alert! Much to our delight, Amazon.co.uk has revealed the basic plot outline of JM Coetzee’ forthcoming novel, The Childhood of Jesus, to be published by Harvill Secker in March 2013.

We were first alerted to the new novel by The Yorker’s Anne Mellar who, in an article on York’s inaugural Festival of Ideas in June last year, reported that “Coetzee [read] from a work in progress” and that this “work in progress” was a novel concerned, like many of Coetzee’s other works, with “miscommunication, language, and daily cares”.

Coetzee reads from a work in progress. Its first chapter sets up a story about a man and a boy in an unfamiliar country. Like many of his other novels, it is about miscommunication, language, and daily cares; the barest elements of human existence. The novelist’s voice is unhurried, and he speaks with all the clarity of his written style. His words seem almost frugal, and yet at the same time taut, as though a bowstring has been drawn tightly behind them. The passage strikes me as reminiscent of Samuel Beckett in its panning of the ridiculousness of life’s normality to find a subtle comedy. Coetzee’s novels are ones that discuss being an outsider, exclusion, and powerlessness. His subject matter is messy and complicated. Rather than offering black or white readings, he gestures to all the shades of grey in-between.

The reading is, as Derek Attridge concludes, a privileged glimpse into a new fictional world. It is a world that is at once familiar, recalling Coetzee’s earlier novels, and yet one that is also new, and never before seen.

We discovered the novel’s working title to be remarkably un-Coetzee-like when we spotted Stephen Johnson, former MD of Random House Struik, reading a copy of the manuscript at the Franschhoek Literary Festival earlier this year. Unfortunately, the title seems to have stuck.

We are pleased to, therefore, be able to add the book blurb to our collection. Now, with at least a vague sense of what The Childhood of Jesus is about, we hope you’ll feel more able to deal with the questions fired at you by some of the man’s fiercest fans.

After crossing oceans, a man and a boy arrive in a new land. Here they are each assigned a name and an age, and held in a camp in the desert while they learn Spanish, the language of their new country. As Simon and David they make their way to the relocation centre in the city of Novilla, where officialdom treats them politely but not necessarily helpfully.

Simon finds a job in a grain wharf. The work is unfamiliar and backbreaking, but he soon warms to his stevedore comrades, who during breaks conduct philosophical dialogues on the dignity of labour, and generally take him to their hearts.

Now he must set about his task of locating the boy’s mother. Though like everyone else who arrives in this new country he seems to be washed clean of all traces of memory, he is convinced he will know her when he sees her. And indeed, while walking with the boy in the countryside Simon catches sight of a woman he is certain is the mother, and persuades her to assume the role.

David’s new mother comes to realise that he is an exceptional child, a bright, dreamy boy with highly unusual ideas about the world. But the school authorities detect a rebellious streak in him and insist he be sent to a special school far away. His mother refuses to yield him up, and it is Simon who must drive the car as the trio flees across the mountains.

THE CHILDHOOD OF JESUS is a profound, beautiful and continually surprising novel from a very great writer.