“All Versions of I Are Fictions”: Arnon Grunberg Examines JM Coetzee’s Speeches and Oeuvre 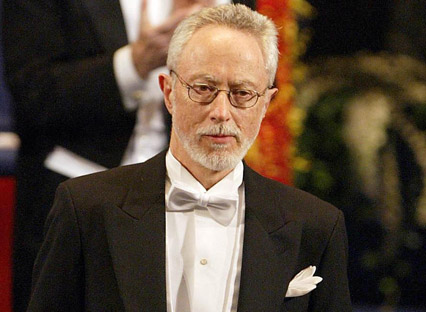 In an article for Asymptote, Dutch author Arnon Grunberg examines JM Coetzee’s banquet speech upon the presentation of the Nobel Prize – specifically his rhetorical question: “”And for whom, anyway, do we do the things that lead to Nobel Prizes if not for our mothers?”.

He looks at the speech in relation to the Tanner lectures at Princeton University in 1997, where Coetzee – mischievously – showed up with the story of Elizabeth Costello, who comes to deliver a lecture at a prestigious university. Grunberg points out that the “I” in the banquet speech differs from the “I” in Elizabeth Costello and substantiates this by quoting from Coetzee’s own essay on Dutch poet Gerrit Achterberg, in which Coetzee writes, “All versions of I are fictions of the I. The primal I is not recoverable”.

Grunberg also refers to Coetzee’s novel Foe in which the tongue and voice is connected to the world of play and he comes to the conclusion that Coetzee has a certain playfulness as a writer. “I see in Coetzee’s oeuvre — Coetzee has said that all reading is translating — a paean to frivolity”.

In this essay, therefore, I will do my best to make at least one statement about Coetzee and his work that is not equally applicable to ten thousand other writers and their books.