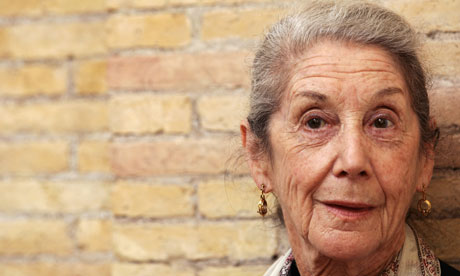 The Arts & Culture Trust (ACT) have named Nobel laureate Nadine Gordimer as the inaugural recipient of their Lifetime Achievement Award for Literature. Gordimer attended the ACT Award ceremony held at the Fairway Hotel & Spa in Johannesburg earlier this month to accept her award. The award was sponsored by Media24 Books and was presented to Gordimer by ACT trustee Robin Malan.

Gordimer also recently delivered the inaugural reconciliation lecture at the University of the Free State. The New Age‘s Maryna van Wyk attended the lecture and reported that Gordimer praised the university’s efforts towards racial integration, saying that the institution is “a microcosm of the macrocosm, one world of the human race, united naturally, that international political institutions toward it haven’t managed, so far”.

Universities must begin transformation to open higher education to the young people disadvantaged by inadequate schooling standards, according to author and anti-apartheid activist, Nadine Gordimer.

Gordimer, renowned writer and Nobel Prize winner for literature in 1991, delivered the inaugural reconciliation lecture at the University of the Free State (UFS) last week.