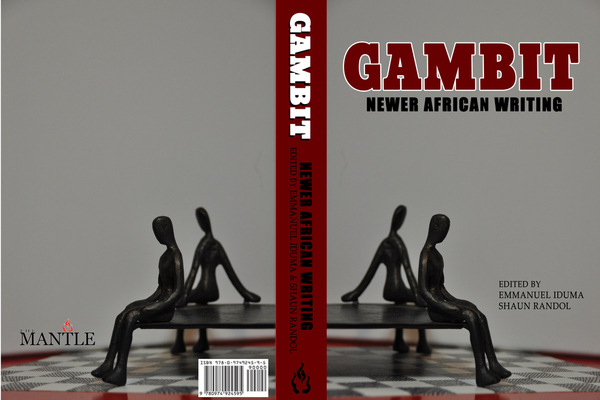 The Mantle, a forum for “the next generation of critics and leaders”, is aiming to publish an anthology of short stories by and interviews with young African writers, titled Gambit: Newer African Writing. The anthology will include work by writers from Zimbabwe, Nigeria, Botswana, Malawi and Somalia, who have honed their craft in such publications as African Roar 2011, African Roar 2012, Weaverbird Collcection, Jungle Jim, and The Writivism Anthology 2013.

Shaun Randol of The Mantle spoke to TruthDig about the project:

The Mantle has launched an Indiegogo campaign to raise the funds necessary to publish Gambit: Newer African Writing. A contribution of $20 will get you a copy of the book:

You know Chinua Achebe and Wole Soyinka—now meet Africa’s next powerful literary voices. Gambit: Newer African Writing is a collection of nine interviews and original short stories by writers from across Africa. This is the first book of its kind.

There are a few anthologies of African literature, but none of them focus on young writers, and none of them feature interviews plus short stories. Gambit is wholly unique!!