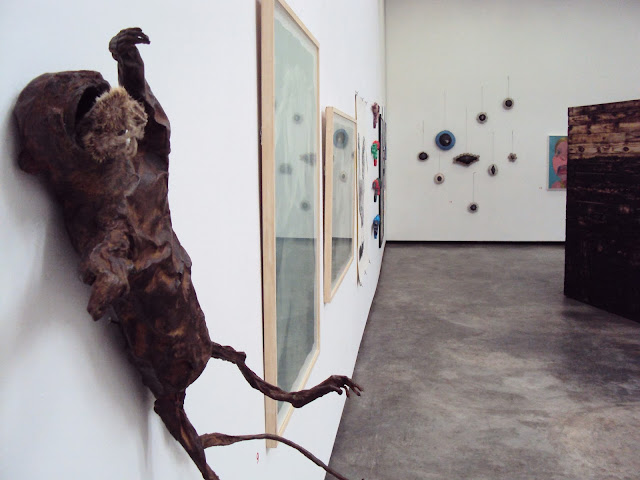 In an interview with Ang Lloyd from the Mail & Guardian, Tully explains that the idea for the exhibition was sparked by Young’s giraffe sculpture, which was housed at Nirox Projects after the Joburg Art Fair. The piece created conflict with the Maboneng Precinct body corporate and Tully says, “Eventually it had to be removed, and we decided that we were surrounded by a zoo; we were surrounded by craziness. My own solo show [Wolf in Sheep's Clothing] was about humans and animals, and it felt like an opportunity to do something relating to Jo’burg and the inner-city; the idea of humans, animals and their liminal spaces.”

Read more about the exhibition, which is on until 12 January:

In her book Zoo City, Lauren Beukes’s characters explore a grimy, dystopian Johannesburg. Through magical-realism and “animalled” people in the book, we experience the primal electricity that statics beneath the inner-city streets. The latest exhibition at Nirox Projects in Maboneng, entitled ZOO, taps into the same gritty energy of the urban jungle, while at the same time bringing into question the meaning of the word “zoo”, both in the literal sense, and, to a lesser degree, the figurative, too.

According to co-curator Ann-Marie Tully, the exhibition’s concept was sparked by an over-sized, albeit innocuous, giraffe. 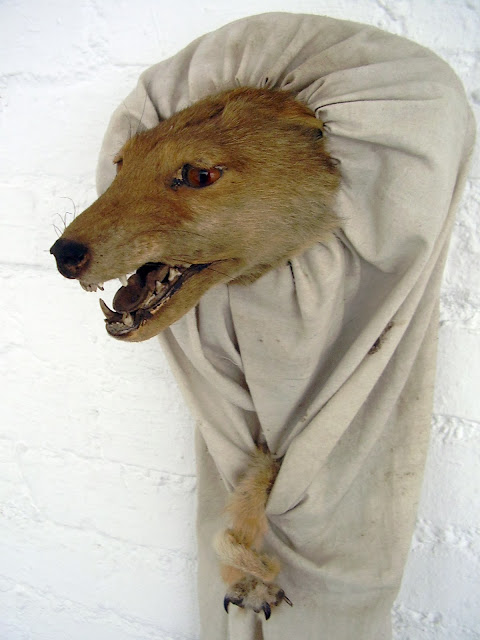 Photos from the Zoo City-inspired NIROX art exhibition in Johannesburg. Need to make a plan to see this in person. http://t.co/yqAIfcIKrn