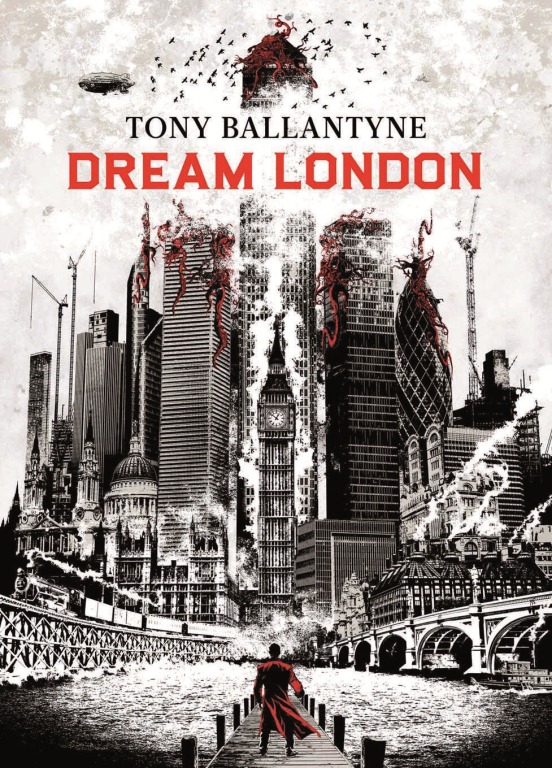 Three years ago Joey Hi-Fi (Dale Halvorsen) won a British Science Fiction Association (BSFA) award for his cover of Zoo City by Lauren Beukes. In 2012 he won Ranting Dragon’s Cover Battle for the cover of Chuck Wendig’s Blackbirds and last week he was shortlisted for The Kitschies Inky Tentacle award for the cover of Charlie Human’s Apocalypse Now Now.

Now the unstoppable Hi-Fi has been shortlisted again for a BSFA award for the cover he created for Dream London by Tony Ballantyne. He’s up against Richard Wagner and Kevin Tong. The winners will be announced in Glasgow on 20 April at the Satellite4 Eastercon convention.

Congratulations and good luck to Hi-Fi!

The British Science Fiction Association (BSFA) is delighted to announce the shortlist for its annual BSFA Awards for works first published in 2013. The BSFA has been running the awards since 1970, awarding the first Best Novel award to John Brunner’s 1969 novel Stand on Zanzibar.

The BSFA Awards draw on nominations from their membership, and in the case of the Best Novel Award are open to UK publications only.