Battle of the Covers: UK edition of Lauren Beukes’ Broken Monsters vs the US Edition (Plus: Win a Signed Copy)

Following the reveal of the US cover for Lauren Beukes’ next novel, Broken Monsters, in April, the UK cover has now been released.

The two covers are strikingly different, with the US cover by Mulholland Books tying in with the design of Beukes’ previous novel, The Shining Girls.

Which cover to you prefer? We’re leaning towards the US cover (left). Let us know in the comments, or on our Facebook or Twitter pages!

Although we have yet to lay eyes on the local cover, Umuzi have been sharing a few tantalising pieces of an unidentified book in their cover reveal competition on Facebook. From what we’ve seen this cover is going to be another Joey Hi-Fi masterpiece (and not an acacia tree in sight!).

Enter the competition to win a signed copy of the book: 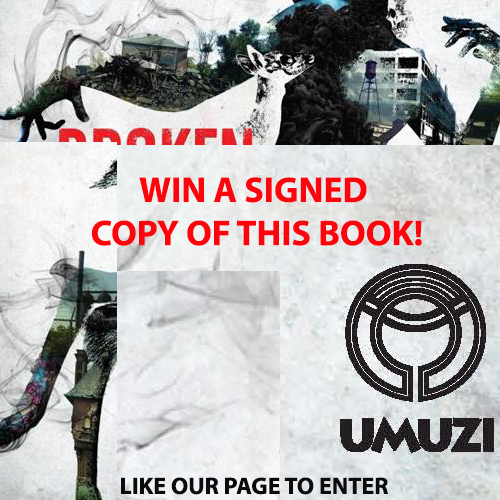 Broken Monsters is set to come out in South Africa in July but some manuscripts have already landed in the hands of a lucky few, including Apocalypse Now Now author Charlie Human, who tweeted a picture of it, leading to some design banter from Jared Shurin of Pornokitsch:

Loook what I've got… pic.twitter.com/pY3OH2UVa6