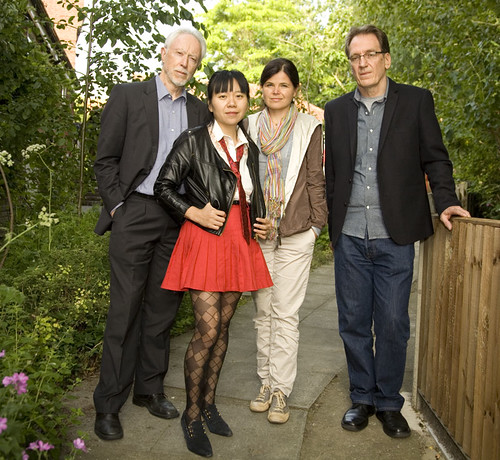 Bulawayo read from her Etisalat Prize-winning novel We Need New Names, while Coetzee read a short story identified by festival-goers on Twitter as “Nicht Verloren” (probably his much-talked-about 2009 story “Nietverloren” from Ten Years of the Caine Prize for African Writing). Vladislavić read a short excerpt from Double Negative, which was recently re-released in the United Kingdom along with The Restless Supermarket.

The highlight of the week, however, was seeing Ivan read from Double Negative to a packed audience. It was probably one of the best readings I’ve ever heard from an author (and I’ve been to a lot of literary events). Ivan read alongside Nobel Laureate JM Coetzee and began by saying what an inspiration Coetzee was to him, and how honoured he was to read alongside such an iconic writer.

There was a pindrop silence as Ivan read. The words seemed to sluice the audience from Norwich to South Africa, 200-odd people transported from a dark theatre to a sun-baked land, rich with possibility. The power of Ivan’s writing seeped into the room and created a world filled with bright imagery and ordinary tragedy. 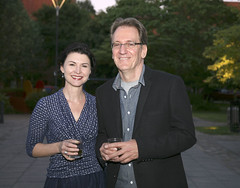 NoViolet's 'We Need New Names' is the story of a girl who escapes a shanty town to get to the USA; a strange new country…#worlds14

'They flee their own land so their hunger may be pacified in strange lands….They will never be the same again.' NoViolet #worlds14

Our first reader is Ivan Vladislavic, who'll be reading from his novel Double Negative. (It's marvellous!) #worlds14 pic.twitter.com/lfBxH4tXsA

Our next reader is Nobel Laureate JM Coetzee. #worlds14 pic.twitter.com/PIOGOtwL5i

JM Coetzee will be reading a short story called Nicht Verloren or Not Lost. #worlds14

JM Coetzee's Nicht Verloren is about the loss of Eden. #worlds14

great evening yesterday at #worlds14 meeting #jmcoetzee and chatting with @isobeldixon and #ivanvladislavic about varieties of African soap.