Video: Philani Dladla – AKA The Pavement Bookworm – Shares His Story with TEDxJohannesburg

“Books are the most important thing in my life.”

With these words Philani Dladla – known to most as The Pavement Bookworm – opened his TEDxJohannesburg talk earlier this year. He shared his incredible life story, from the first book he recieved (The Last White Parliament by Frederik van Zyl Slabbert, a gift from the man his mother worked for) to the moment he realised he had to change the way he was leading his life. 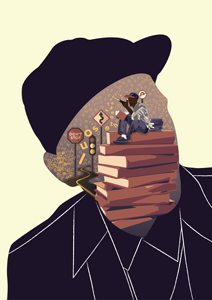 Dladla grew up in the rural parts of KwaZulu-Natal. He was raised by a single mother who did everything she could to provide for him and his three brothers, but “this was not enough for me”. Swept up by the “need of being cool”, he did whatever he could to keep up with the crew. “I went from being bullied to being a bully,” Dladla said, sharing the story of how he got kicked out of school at the age of 16.

“It was very hard for me. Everybody was moving on with their lives, even that crew that I wanted to be a part of, they just moved on like I never existed.” Dladla’s mother, however, did not give up on him. She saved enough for him to finish his matric at an FET college but, before long, partying and debauchery became top priority again until he was stabbed one night. “While my peers were writing their matric exams I was laying in a hospital bed. It was very sad.”

Life got too much for Dladla and he tried to commit suicide. After he recovered, his mother decided it was best for him to move away so she sent him to live with a friend of hers in Johannesburg. It went well for a while, but before long his old ways took over and he found himself with no home – only a bag of clothes, a blanket and his precious collection of books.

It goes without saying: life on the street is hard. Luckily, Dladla was able, through all his turmoil, to hold on to his pile of books. “I decided to do what I know best. I took my pile of books and I went to Empire Road [...] and decided to make friends with people who were passing by, telling them about books.”

Watch the video below to find out how books went from being the most important thing in Dladla’s life to actually saving his life:

“It puts a smile on my face to see a kid reading a book because I know what books did for me. Books are very good for your mental health. Books can change the world. You don’t have to be rich, start with the little that you have – sharing is caring!” 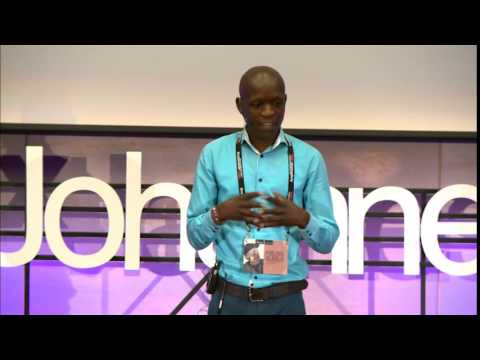 Nal’ibali interviewed Dladla, asking him about his life and the road from the pavement to prosperity. “For me, reading is a weapon of choice to fight social challenges. If you read, you think,” Dladla told the national reading-for-enjoyment campaign.

Not only did he read self-help books in order to end his addiction, but he also read novels and biographies – anything to keep himself meaningfully occupied. Then, Philani started reviewing them and selling them to motorists driving up Empire Road. He charged according to how he rated the work.

His unique approach soon captured attention and he became known as “the pavement bookworm”. One day, a documentary filmmaker Tebogo Malope, interviewed him about his roadside bookstall and posted the video online where it went viral.

Here’s how you can help Dladla and find out more about his Book Readers Club:

I m not saying that im better but i celebrate my days sharing the little that i have with others. what have u done for your county.

« Join Connie Ngcaba, with Nomboniso Gasa, for the Launch of May I Have This Dance
Lauren Beukes and Sarah Lotz into the Semifinal Round of 2014 Goodreads Choice Awards »