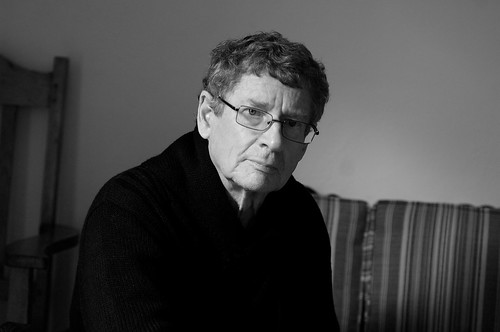 Celebrated novelist André Brink has passed away, at the age of 79.

Brink passed away while returning from Belgium, where he had been awarded an honorary doctorate from the Belgian Francophone Université catholique de Louvain (UCL). He then left South Africa to study comparative literature at the Sorbonne University in Paris, but returned in 1961 to take up a post in the Department of Afrikaans-Nederlands at Rhodes University in Grahamstown. He returned to Paris briefly in the mid-1960s, but headed up the Afrikaans-Nederlands at Rhodes from 1980 to 1990, when he moved to the University of Cape Town. He was emeritus professor at UCT at the time of his death.

In 1976 An Instant in the Wind was shortlisted for the Booker Prize, and in 1978 Rumours of Rain was a runner-up for the Booker Prize. In 1978 Brink won the CNA Literary Award for Rumours of Rain, and in 1980 he was awarded the Martin Luther King Memorial Prize (England) and the Prix Médicis Etranger (France) for A Dry White Season. In 1982 he won another CNA Literary Award for A Chain of Voices.

Brink’s awards are too numerous to list, but other highlights include the 1982 Ordre National de la Légion d’Honneur: Chevalier de la Légion d’Honneur (France), the Monismanien Award for Human Rights (Sweden, 1992), the Hertzog Prize, twice (2000 and 2001), the 2003 Sunday Times Fiction Prize and Commonwealth Writers Prize (Africa Region, Best Book) for The Other Side of Silence and the 2006 M-Net Literary Award for Praying Mantis.

In 2006 Brink was awarded The Order of Ikhamanga (silver) as well as a Literary Lifetime Achievement Award from the Department of Arts and Culture. The Medaille Grand Vermeil De La Ville Award, the highest decoration of the city of Paris, was bestowed on Brink in 2013. The Arts & Culture Trust (ACT) named Brink as the winner of the 2014 ACT Lifetime Achievement Award for Literature last year.

Brink was one of South Africa’s most versatile literary figures, a novelist, dramatist, travel writer, translator, critic and academic, and his books have been translated in more than 30 languages. His most recent novel was Philida.