Sunday Read: An Excerpt from Kazuo Ishiguro’s New Novel, The Buried Giant (Plus a Video and an Epic Playlist) Kazuo Ishiguro recently read an excerpt from his much anticipated first novel in 10 years, The Buried Giant, in an exclusive interview with The Wall Street Journal.

The author of the groundbreaking Never Let Me Go, the Booker Prize-winning The Remains of the Day and a collection of short stories called Nocturnes once again pushes the boundaries of fiction and fantasy with his new novel.

Ishiguro reads an extract from the first chapter of The Buried Giant, which is set in a medieval village in Britain before the arrival of the English. 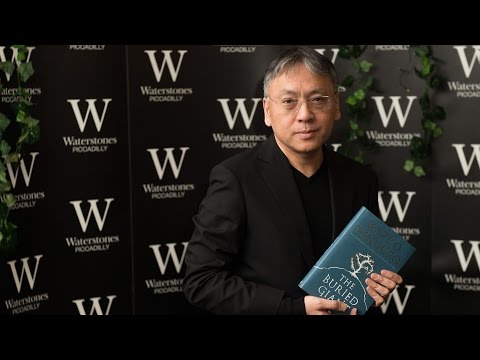 Ishiguro tells WSJ senior editor John Farley why the new book took so long to write: “I only want to write a particular kind of book and until that book comes right I’m just going to keep working at it.” He explains that he showed the book to his wife who told him, “This will not do”. She thought his ideas were fascinating but said that the language in the narration and the dialogue was wrong.

Ishiguro explains how he went about chiseling the language and shares stories from his childhood, especially those of Samurai warriors that swirled around in his young mind. 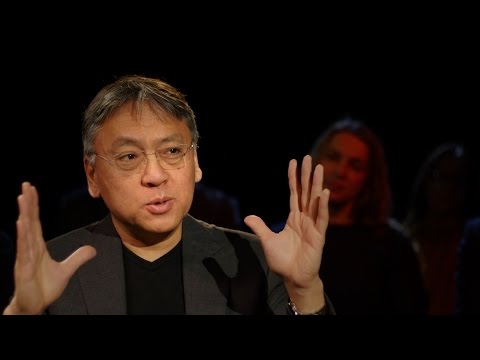 The Guardian reviewer Alex Preston said that The Buried Giant is like “Game of Thrones with a conscience”. Preston describes the mist that unfurls around the village and explains why the allegory of forgetfulness reminds him of JM Coetzee’s novel, The Childhood of Jesus.

The infective forgetfulness spread by the mist seems to demand an allegorical reading. I thought of Camus’s La Peste and Saramago’s Blindness, but it was to another writer of obscure modern fables that I kept returning: JM Coetzee. Coetzee’s most recent novel, The Childhood of Jesus, met with the same baffled critical response as Ishiguro’s The Unconsoled. It was clear that something profound was being said, some deep allegory constructed, more than this was anyone’s guess. Coetzee’s tale turned upon a community that had within it a vast prison camp. A father and son arrive, are given new names, are well looked after. But always, a sense of unease, of hidden wrongs. The man and his son refuse to be processed by the apparatus of the state and finally flee.

BBC reviewer Lucy Scholes unpacked the elements of myth and memory in the novel and the issues that Ishiguro deals with, especially in reference to post-war Japan and post-apartheid South Africa.

Mythical creatures, magic and the history of the Saxons’ invasion of Britain aside, the issues Ishiguro examines have their origins in the aftermath of more recent conflicts: from post-World War Two Japan, Vichy France and post-apartheid South Africa, to the genocides of Rwanda and Yugoslavia. The novel asks, how do we make peace with a past that contains massive collective trauma? How can such trauma be memorialized and acknowledged without breeding vengeance? How are the sins of the fathers not revisited on their sons?

Ishiguro also shared a playlist of eight songs with PowellsBooks that affected the writing of The Buried Giant. These tunes did not “inspire” the novel but relate to a theme or emotion on some level.

This is from Cohen’s latest album, released as he approached 80. It’s up there with his finest songs: desperate, hilarious, heartrending. The singer’s barked question, “Did I ever love you?” sounds like it’s become the biggest one he could ask about himself. He sounds furious, not so much at the woman he addresses, as at the bewildering speed with which the years have vanished, and the coming of doubt about his life’s meaning. His follow-up question is even more of a killer: “Was I ever someone / Who could love you forever?” But for all the despair, you sense the answer is “Yes.” The funniest and saddest song I’ve heard in years.