Lauren Beukes on Writing a New South Africa and Science Fiction in Africa: Telling the Stories We Want to Tell 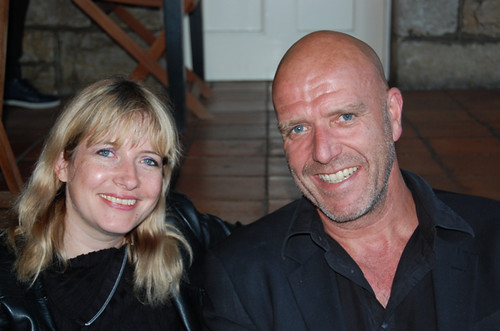 After being featured on BBC Radio Four’s “Writing a New South Africa” podcast series, Lauren Beukes took part in a Twitter Q&A with Catherine Labiran about what it means to be writing in a new South Africa, and the rise of science fiction in Africa.

Highlights from Beukes and Labiran’s hour-long conversation include:

We collected the tweets from Beukes’ #WritingNewZA session in a timeline:

Listen to the podcasts on BBC:

The result is a fascinating, enlightening discussion which comes to the conclusion that science fiction coming out of our continent defies expectations and is equally as exciting as it international competitors.

“It’s about what it means to be human, here, and in the context of the world.”

Science fiction often explores the interaction between people and technology. In Africa that theme plays out in surprising ways, from making an appointment with a traditional healer over email, to women in remote villages collecting water while chatting on their mobiles.

It’s this mix of magic and technology, challenge and innovation that shapes the science fiction coming out of the continent.

Leaving behind the traditional visions of a high-tech Tokyo, futuristic LA or dystopian New York, and challenging clichéd views of the entire African continent, this is a science fiction being told by the people who live there.