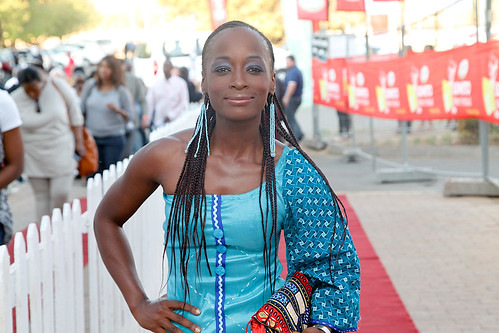 Long story SHORT, a series of live readings at community libraries, will be launched on 27 March, with a story by Nozizwe Cynthia Jele being read by actress and Aids ambassador Hlubi Mboya.

The initiative, launched by arts and culture entrepreneur Kgauhelo Dube, will feature an actor reading a short story or excerpt from a novel by an African writer at a public event, followed by a discussion. The readings will then be packaged into literary podcasts for mobile and online platforms.

The stories have been curated by award-winning author Yewande Omotoso, whose debut novel was Bom Boy.

Most readings will happen on a Saturday morning around 11am, as libraries usually close at 1pm on Saturdays, however the launch event will take place on Friday, 27 March, at Olievenhoutbosch Library, Cnr Legong and Rethabile Street, Olievenhoutbosch, from 1.30 to 4.30 PM.

The first installment of Long story SHORT has been enabled by the Department of Arts and Culture‘s Mzansi Golden Economy Fund. Strategic partners include Kajeno Media, the Goethe Institut, the Academy of Television and Screen Arts, Capital Arts Revolution, the City of Tshwane and Books LIVE.