In celebration of 100 years of dedication to education Oxford University Press Southern Africa (OUPSA) has launched their centenary campaign entitled: “Every child deserves a dictionary.”

The initiative aims to supply 20 000 dictionaries to schools across South Africa that cannot afford them and at the same time to create awareness around education and language.

Marian Griffin Kloot, Higher Education and Trade Director for Oxford University Press SA, spoke to Pippa Hudson about the campaign. “We want to donate a total of 20 000 dictionaries to 200 schools across all nine provinces. We’ve already donated 10 000 and we need some help to get the next 10 000 into the hands of learners,” Kloot says.

Listen to the podcast to find out how you can get involved: How does it work?

During the first stage of the campaign 10 000 dictionaries are being distributed to schools in the Eastern Cape, Mpumalanga, North West, Free State, Gauteng and Western Cape and for the second stage members of the public can pledge their support on the everychild.oxford.co.za website. For each pledge OUPSA will donate one dictionary to a school in need.

“We call on the public to get behind the initiative and to show their support through our ‘Every child deserves a dictionary’ campaign which reminds South Africans of the power of knowledge, the value of education and the importance of giving our learners the chance to fully realise their own potential,” Steve Cilliers, MD of Oxford University Press Southern Africa, says.

Sindiwe Magona, activist, teacher and internationally recognised author of among others The Ugly Duckling and From Robben Island to Bishopscourt, shared her views on why every child deserves a dictionary and explained how words shaped her life. 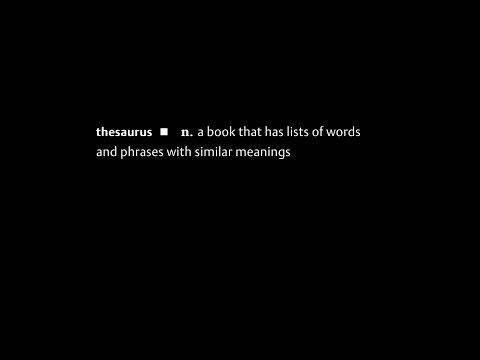 25 March 2015: In celebrating 100 years of contributing to education in South Africa on 25 March 2015, Oxford University Press Southern Africa (OUPSA) has launched its flagship centenary campaign, “Every child deserves a dictionary”. The campaign will see the educational publisher donating 20 000 dictionaries to schools across South Africa that would otherwise not have the funds to buy such an important and valuable resource.

The “Every child deserves a dictionary” campaign aims to create awareness about the value of education and language. To kick-start OUPSA’s centenary, 10 000 dictionaries are currently being distributed to schools in the Eastern Cape, Mpumalanga, North West, Free State, Gauteng and Western Cape. The donations are facilitated by the Adopt-a-School Foundation which has also helped select schools to receive the dictionaries, in communities where this NGO is active through educational upliftment programmes.

During the second phase of the campaign, members of the public will be encouraged to place a “pledge” – without any cost to themselves – on the everychild.oxford.co.za website. Each “pledge” will result in one dictionary being donated.

In total OUPSA aims to donate 20 000 dictionaries with a value of R2.2 million. Donations to schools in KwaZulu-Natal, Limpopo and the Northern Cape take place during the second part of the campaign and additional books will be dispatched to the remaining provinces during the course of the year.

“To celebrate 100 years of making a difference to education in our beautiful country, we aim to donate 20,000 copies of our Oxford South African School Dictionary to learners and schools across the country that do not have the funds available to buy such an important resource,” says Steve Cilliers, MD of Oxford University Press Southern Africa.

“We call on the public to get behind the initiative and to show their support through our ‘Every child deserves a dictionary’ campaign which reminds South Africans of the power of knowledge, the value of education and the importance of giving our learners the chance to fully realise their own potential.”

Established in South Africa in 1915, OUPSA is a leading publisher of educational material for schools and higher education. OUPSA is especially well-known for its trusted dictionaries and excellent literacy material. The Oxford South African School Dictionary was developed in consultation with a range of South African teachers and language experts and addresses many common usage mistakes that South Africans (learners and adults alike) make. The dictionary is aligned to the curriculum and is one of the non-fiction top-sellers in the country.

“We truly believe that every child does deserve a dictionary, arming them with the resources they need to help them with their education, as education is the key to social transformation in South Africa and a way to unlock opportunities for the youth of the country,” adds Cilliers.

“This campaign is not just about giving something back to the learners of South Africa; it is fundamentally about the value of words, literacy and books.”