Karabo Kgoleng Weighs in on the “White Literary System” Debate: “We are Lazy with Our Analysis of this Issue”

Karabo Kgoleng, a noted arts journalist who has won a SALA for books journalism and led many panel discussions at the Franschhoek Literary Festival in the past, has responded to the ongoing debate sparked by Thando Mgqolozana’s call for the decolonisation of the South African literary scene during this year’s FLF.

Read Kgoleng’s op-ed, and let us know what you think in the comments below, or on Facebook or Twitter: 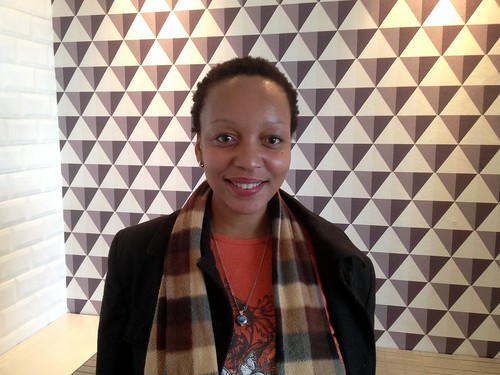 I think we are lazy with our analysis of this issue. There are several issues:

We have a books and publishing sector that refuses to transform, meaning that the skill set, business acumen and black ownership is virtually non existent, along the ENTIRE value chain. We have a formal economy that is so driven by profit that it makes the industry unsustainable because even in big established economies, in order to make a fortune in publishing, you need to start with a fortune and benevolent shareholders who aren’t averse to high risk. In short, you need patrons.

Our manufacturing side has lost all its competitive edge, because production is way cheaper in China and Asia. Our paper manufacturing industry stopped producing gloss paper at the end of last year. The reading culture among the black middle class has already been discussed. Then, probably the most critical aspect is political will and government’s delivery to the people. The books and publishing unit at DAC has no budget. None. About a billion rand went into building libraries but none into book development so we have all these gorgeous libraries with no books. The libraries with budgets are so badly led and financially managed with apathetic staff (not in all cases, of course) that they don’t even buy local writing.

Then we have the education system. Less than 30% of our schools have libraries and most of those that have libraries are in appalling condition, teachers themselves can’t transmit that passion for reading. We are not teaching in indigenous languages, so we are already disadvantaging most of our population and limiting the nurturing of storytelling and imagination. Already the department of basic education wants to cut down on the range of textbooks that teachers can choose from to meet the needs of classrooms with kids who are diverse in all kinds of ways. One space in which black middle classes spend their money book wise is in motivational writing and Christian books. But we have such a snobbish publishing industry that, apart from political writing that, to be honest, tends to be incredibly depressing, those who can afford to buy books won’t, because most of these books are major compilations of the op eds and long essays of what most of us know, and many aspirational blacks don’t see the value in paying for your opinions. That money is better spent on a bottle of Johnny Black.

The kind of events that would drive books sales would be something like this: motivational speaker with a big black middle class audience, preferably on the whole prosperity evangelical vibe with sex appeal and lots of feel good affirmation. Sell a seminar/event and tour with books on sale and a signing. Get a celebrity endorsement. Note you can be evangelical without getting all religious. I don’t want to spend money going to a festival that is going to depress me by telling me how fucked up everything is, as if I didn’t already know.

What irritates me about our tribe, meaning us here in the intellectual book world, is that we are hyper righteous, we treat our populace as if they are dumb and unsophisticated (because look at the guy they voted for). We don’t speak the people’s language, we perpetuate the exclusive nature of our scene because we don’t communicate in an intelligible manner and WE ARE BORING. I wonder how DJ Sbu’s book sales are going? Oh and, by the way, the spoken word scene is doing very well because its artists speak to the people. There is a festival coming up that is sponsored by one of the Mzansi channels AND DAC AND MTN. Comedians are on the same lineup and poets. I will get back to my knitting now.

Time of The Writer is heavily subsidised and it is run by the Centre for Creative Arts at UKZN which helps on the community outreach part but even this year was abysmal. All the sessions I attended had at most 50% capacity in terms of audience.

We are also in a deep recession, so much so that most of us in the middle class are too ashamed to even talk about how bad it is. Our buying population is almost 100% debt financed. I don’t know how we can turn this around. We need a long term plan, big investors with big appetites for risk, who don’t care if they never get $$$ return on investment (ROI) because ROI in this instance is cultural and would most likely be realised when we are long gone. We also forget that we are part of a global economy that is at war, that is privatised with capital that gets away with gross human and environmental rights abuses.

Globally the developmental challenges are so big, so critical eg we didn’t even make MDG targets, that trying to grow an industry from the top down, while billions of children don’t even get to see the inside of a classroom, just doesn’t compute. The speed at which inequality is growing globally means that the cost of keeping the indebted middle class and the elite in consumer mode is carried by the poor, whose poverty is so dire that slavery is the only option.

It is a problem, how we as thinking South Africans and media barely look at our social economic and cultural situations in the context of our continent and our place in the global south. This is deplorable considering our place in the world as the representative of the 1 in the G7+1. If we want to be a successful nation we have to develop a much wider view and acknowledge that if we maintain this level of discussion without looking at building critical intellectual mass on a regional level as part of the global south, then we are screwed.