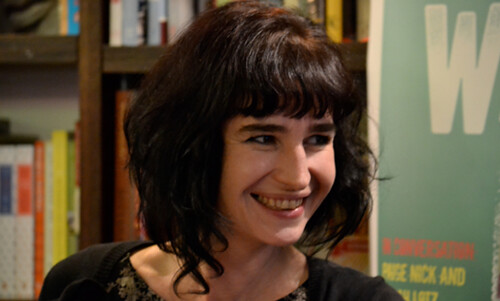 Alert! Sarah Lotz has been nominated for a 2015 British Fantasy Award.

Lotz is up for Best Newcomer (the Sydney J Bounds Award) for The Three.

She is also no stranger to completed novels, having published a fictional memoir Pompidou Posse, and two crime novels, Exhibit A and Tooth and Nailed. Lotz writes zombie novels with her daughter Savannah under the name Lily Herne, the latest of which is The Army of the Lost, and is also half of SL Grey – along with Louis Greenberg – whose new novel Under Ground is just out.

She’s no newcomer to us, but we’re thrilled nonetheless. Good luck, Sarah!

Other South Africans who have won British Fantasy Awards include Lauren Beukes, who won Best Horror Novel in 2014 for The Shining Girls, and Joey Hi-fi, who won the 2014 Best Artist Award.

« Book Bites: 19 July 2015
Share Your Favourite Books and Win a Hamper Plus Weekend Passes to the SA Book Fair! »