In August 2012, mineworkers in one of South Africa’s biggest platinum mines began a wildcat strike for better wages. Six days into the strike, the police used live ammunition to brutally suppress the strike, killing 34 and injuring many more. The police insisted that they shot in self-defense. Miners Shot Down tells a different story, one that unfolds in real time over seven days, like a ticking time bomb.

The film weaves together the central point-of-view of three strike leaders, Mambush, Tholakele and Mzoxolo, with compelling police footage, TV archive and interviews with lawyers representing the miners in the ensuing commission of inquiry into the massacre. What emerges is a tragedy that arises out of the deep fault lines in South Africa’s nascent democracy, of enduring poverty and a 20-year-old, unfulfilled promise of a better life for all. A campaigning film, beautifully shot, sensitively told, with a haunting soundtrack, Miners Shot Down reveals how far the African National Congress has strayed from its progressive liberationist roots and leaves audiences with an uncomfortable view of those that profit from minerals in the global South.

So far, Miners Shot Down has won 19 major awards, including the 2014 Amnesty International Human Rights Jury Award, the 2015 Justice Award for Cinema for Peace and the 2015 Best Documentary Feature at the South African Film and Television Awards. This Emmy Award is the 20th prize to be given to Desai’s documentary since it was first released.

“We are incredibly happy to announce that Miners Shot Down has won the International Emmy Award for Best Documentary. We are humbled by the honour and the recognition. Thank you so much for you continued support in the struggle for justice,” the Miners Shot Down team writes on their Facebook page.

However, this incredible international spotlight shines an uncomfortable light on a disturbing fact that has led the producers to making the documentary available for free online:

It has been screened 100s of times internationally and locally and won over 20 awards, yet the SABC and e.tv refuse to screen it.

South African’s deserve to know the truth and now the film is available for all to watch online – we can no longer wait for our local broadcasters.

Please watch and share, and help us to continue the struggle for Justice. 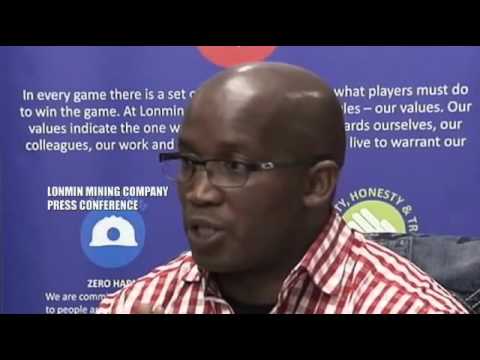 A facilitators guide has been made available for download to help viewers digest and spread the message of Miners Shot Down. The film is part of a much broader campaign which works on behalf of the families of those killed and injured at Marikana Massacre and the 270 miners arrested by the state. The movement is spearheaded by the Marikana Support Campaign and is supported by a range of legal NGOs and other groups.

« Lesley Cripps Thomson Reviews Burchell’s Travels by Susan Buchanan
Thuli Madonsela to Give Keynote Address at the Launch of African Accountability: What Works and What Doesn’t »