The 10 Biggest Non-Fiction Book Launches of 2015 As we wind down to the end of 2015 we look back at the bookish events that got people talking this year.

Here are the non-fiction launches that Books LIVE readers were most excited about in 2015, according to our web analytics (in no particular order):

Ferial Haffajee and Xolela Mangcu Engage in a Fiery Debate at the Launch of What If There Were No Whites In South Africa?

With a provocative title like this, and an interviewer as fiery as Mangcu, this discussion hosted by The Book Lounge in Cape Town was never going to be boring. Haffajee asked poignant questions, offered insightful answers and stressed: “I don’t think the whiteness debate, or the white supremacy debate, is going to give us answers to push forward into better development.” 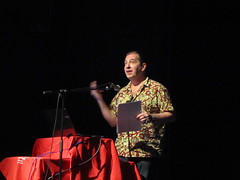 The launch of Zapiro’s latest annual at St Mary’s School in Waverley, Johannesburg took readers on a visual tour of his 2015 cartoons, highlighting the newsmakers of the past year. And boy, were there many!

From loadshedding to Zuma’s State of the Nation Address, the country once again succeeded in providing the political cartoonist with rich, almost unbelievable inspiration for his world-renowned work.

Two of the country’s biggest voices in social media teamed up to launch Dlanga’s memoir at Glenshiel, a grand historical house in Johannesburg.

Dlanga shared his life story as a way of introducing readers to what would become one of the most shoplifted books of the year.

South Africa’s leading paediatrician wrote this cookbook with the entire family in mind, offering basic principles and delicious recipes to see to it that you are able to raise healthy, happy children.

The main ingredient in her diet? Love. Co-authors Daisy Jones and Phillippa Cheifitz joined her at Tjing Tjing Torii in Cape Town for the launch of this book.

High Buns and Suzelfies – A Warm Welcome for Suzelle at the Joburg Signing of SuzelleDIY: The Book

YouTube sensation and DIY guru Suzelle’s first book launch was anything but ordinary, with little girls dressed in her likeness and a long queue of avid fans cheering from the moment she stepped into Exclusive Books Rosebank.

A Sophisticated Celebration for the Launch of BlackBird Books and its First Title, The Refined Player by Stevel Marc

2015 saw the launch of a new Jacana imprint, BlackBird Books, with Jamaican-born entrepreneur, international model and actor Marc’s memoir as it’s first title. A jam-packed Exclusive Books Rosebank celebrated his story, and the beginning of this hotly-anticipated imprint’s story, in style.

“It’s a bit of a celebration of South African politicians, and us who complain about them and yet enjoy the quirkiness around them. So it’s more than just a how-to guide,” the author explained.

The story behind the Academy Award-winning documentary Searching for Sugar Man was launched with Marianne Thamm at La Parada in Cape Town’s trendiest street. The authors shared their remarkable story and explained why a book was called for: the movie covered two years of their lives, but the book covers 72 years, the age Rodriguez is now. “The movie takes 83 minutes. The book takes as long as it does for you to read it.” 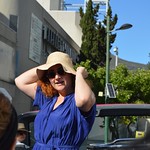 The streets of Cape Town were the only suitable setting for the launch of a book about the story behind these streets. Brodie took over as the Red City Sightseeing Bus tour guide to show readers the various spaces she wrote about in her latest book – a biography of the Mother City.

Another provocative title made for another fiery book launch. McKaiser is fast becoming on of the most vocal South African writers on topics like race relations and current events. Exclusive Books Rosebank was packed to the rafters for his conversation with fellow political trendsetter Redi Tlhabi, and all copies of the book were sold out.