Read an excerpt from Roland Rugero’s Baho! – the first Burundian novel to be translated into English

It’s Fiction Friday! Read an excerpt from Roland Rugero’s Baho! – the first Burundian novel to be translated into English.

Baho! was translated from French by Chris Schaefer.

The novel is published by Phoneme Media, a nonprofit publishing house for literature in translation based in the United States, who last year released Cameroonian author Inongo-vi-Makomè’s English-language debut, Natives.

Rugero is a writer, journalist, and literary activist, and the author of two novels. He is the co-founder of the Samandari Workshop and helped establish the Michel Kayoza and Andika Prizes. He lives in Kigali, Rwanda.

French speakers can enjoy a video of Rugero, taken during his time at the prestigious International Writing Program residency at the University of Iowa in the United States. 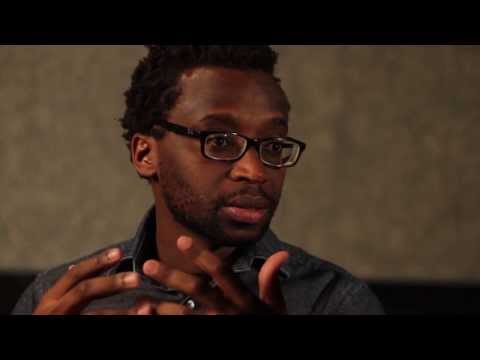 In Baho!, the first Burundian novel ever translated into English, the 28-year-old Roland Rugero uses elements of fable and oral tradition to explore the themes of miscommunication and justice in his war-torn Central African nation.

When Nyamugari, an adolescent mute, attempts to ask a young woman in rural Burundi for directions to an appropriate place to relieve himself, his gestures are mistaken as premeditation for rape. To the young woman’s community, his fleeing confirms his guilt, setting off a chain reaction of pursuit, mob justice, and Nyamugari’s attempts at explanation.

Born in 1986 in Burundi, Roland Rugero grew up in a family where reading was a favorite pastime. He has worked as a journalist in Burundi since 2008. His novels include Les Oniriques and Baho!, the first Burundian novel to be translated into English. Rugero has held residencies at La Rochelle and at Iowa’s prestigious International Writing Program. In addition to his work as a writer, in 2011 he wrote and directed Les pieds et les mains, the second-ever feature-length film from Burundi. Rugero is active in promoting Burundi’s literary culture, co-founding the Samandari Workshop and helping found the Michel Kayoza and Andika Prizes. He lives in Kigali, Rwanda.

Chris Schaefer is a translator from the Spanish and French living in Paris. He has won the Ezra Pound Award for Best Translation from the University of Pennsylvania for his translations of the Cuban poet Javier Marimón. In 2012 he participated in the English PEN Translation Slam at the Poetry Parnassus in London. He lives in Paris.

Baho! excerpt one, courtesy of Molossus:

It is November and the heavens are naked.

Ashamed, they attempt to tug a few clouds over to cover up under the merciless sun, which, with resolve, determination, and clarity, brings to light their nudity.

Naked, blue. Water blue, the color of Lake Tanganyika, that undulating plain to the West. Springs scattered across the valleys surrounding Kanya: not so long ago the water there was clear and crystalline, abundant. Now it is absent. A dry November.

Tucked in among Hariho’s many hills, Kanya has bravely weathered this dry season’s constant onslaught of heat, which has always tormented the region. He has to breathe. She also waits for the rain. Thirst for air and for humidity.

Kanya’s hill is still draped in eucalyptus belonging to the National Forest. Countless, dense, and lofty. The sun causes dry and prickly leaves to spread. No water; the sky has become evil.

Or rather the men have become guilty of too many sins. The punishment of God: too much evil in this country.

The old woman stands at the foot of the hill. Her worn check leans on the shepherd’s crook that she uses to tend the two small kids digging up weeds and stones in an effort to round out their scrawny bellies.

The sun’s harshness meets her eye. She has understood that time is up.

By the time the sun’s luminous fingers had come to rest on Hariho’s fields, his neck was already sore. Undeniably, nights are cold in these parts. This morning he had come down to this trickle of water to rest, like a mosquito sated after a night pumping blood from the depths of fatigued and world-weary veins. He was calm, brimming with images from last night and the mouthfuls he had swiped here and there during his social calls.

All in all, he was quite pleased with himself, for his hunger was appeased. That is wisdom itself, he mused. In the peacefulness of the morning, he thought back to the evenings of his childhood. They were long gone, ten years at least. The sights and sounds had remained with him—the fresh wood, the banana tree’s moist leaves covering the fields nestled right up next to the hills, bulls bellowing their greatness, and cows reflecting the sunset’s soft orange light. He recalled the arrival of those childhood nights. He could narrate it as if by sight.

When the sun had departed, evening would sweep in. Then, the biting cold breezes that crouched in the valley’s depths would climb the hills and skim the houses preparing for night. They would catch the smoke rising from chimneys, and then, in passing, greet the youths returning home with water jugs on their heads.

Everyone was climbing back up to the hamlets perched on the hills. Slowly, in fits and starts, in the company of good friends.