Adichie earned a prestigious creative writing master’s from Johns Hopkins in 2003, the year her first novel, Purple Hibiscus, was published to worldwide acclaim. At just 26, Adichie was shortlisted for the 2004 Orange Prize for Fiction and won the 2005 Commonwealth Writers’ Prize for Best First Book, and her career has since skyrocketed.

In a video released by Johns Hopkins to celebrate the event, Adichie says: “My advice to the graduating seniors is, eat real food, as often as you can. And embrace ignorance. Say those words ‘I don’t know’. Because by embracing ignorance you open up the possibility of knowledge.” 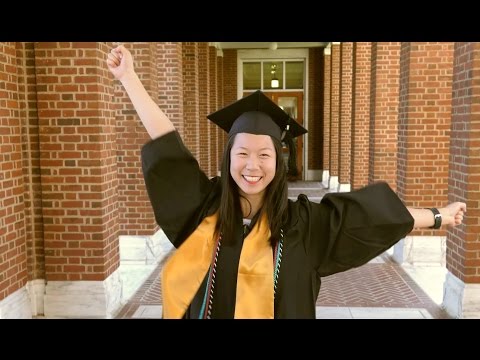 Filmmaker Spike Lee, whose works include Do The Right Thing and Jungle Fever, began his speech by referring to two words he said are in almost all of his films to date: “Wake up.”

“Wake up from the sleep, wake up from being comatose, wake up from the slumber that keeps your eyes shut to all the inequalities and injustices. To this more often than not evil, crazy and insane world we live in. Let’s move our unconscious minds from the back to the front to a conscious state, and wake up.”

Lee continued: “We are at a very crucial moment in history in these United States of America. And the way I’m looking at it today, to tell you the truth, things are looking dicey. It can go either way.

“I wish you could be graduating into a world of peace, light, and love, but that’s not the case. We don’t live in a fairytale, but I guess the one percent does. After you leave here today, it’s going to be real life, and real life is no joke. It’s real out here for the 99 percent, for sure. It’s up to the graduating class to make a better world.”

He ended his address with the words “black lives matter”. 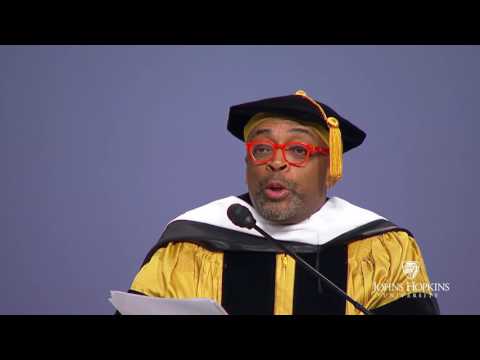