This Fiction Friday, read an excerpt from actor and playwright Donald Molosi’s groundbreaking We Are All Blue, the first Botswanan drama to be published in print form.

We Are All Blue is a collection of two plays, “Motswana: Africa, Dream Again” and “Blue, Black and White”, and includes an introduction by Quett Masire, former president of Botswana.

“Blue, Black and White” tells the story of Botswana’s first democratically elected president, Seretse Khama, and his interracial, transformative marriage to Ruth Williams in the 1940s. It is the longest-running one-man show in Botswana’s history and the first-ever Botswana play staged Off-Broadway in New York, for which Molosi won the 2011 United Solo Best Short Solo Award.

2016 marks the 50th anniversary of Botswana’s independence, and Khama’s marriage is also the focus of a forthcoming film called A United Kingdom, which will David Oyelowo, who played Martin Luther King in Selma, and Oscar nominee Rosamund Pike, who starred most recently in Gone Girl. Molosi also has a small role in the film.

We Are All Blue was published by The Mantle in January.

“The publishing scene in Botswana favours textbooks, and so it is extremely difficult to publish and sell non-textbook material in Botswana,” Molosi said in an interview with World Literature Today. “What We Are All Blue offers is an opportunity to engage with Botswana of the past, present, and future at the same time.” 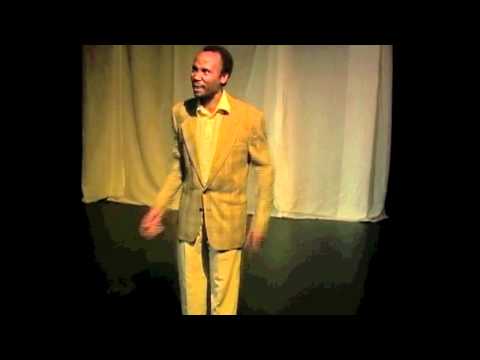 Out beyond ideas of wrongdoing and right doing there is a field. I’ll meet you there. When the soul lies down in that grass, the world is too full to talk about. — Rumi

Present day is July 2002. A multiracial group of students enters and performs a folktale as the villagers of Serowe, perhaps accompanied by live guitar music. The students are also putting together the set and putting on costume as they tell the story.

ALL VILLAGERS: We begin this Sir Seretse Khama Week with the folktale that is our theme. The folktale is about a boy who brought his father back from the dead.

VILLAGER 1: It is said that there was once a boy who was living in a land far away from his kgota, his home. His father died while the boy was very young, so he did not know his father.

VILLAGER 2: When the boy was growing up and became aware that he did not have a father, he asked his mother.

ALL VILLAGERS: Mother, where is my father?

VILLAGER 3: And his mother replied—

ALL VILLAGERS: Your father is dead, my son. His name was Ngwedi, which means “the moon.”

VILLAGER 4: His mother had also since died. Hei!

VILLAGER 1: Now that the boy was growing older, he found himself wondering a lot about his father.

VILLAGER 4: People around him were treating the boy badly and beat him for no reason. He wanted his father’s protection.

VILLAGER 3: He wondered and wondered about his father and wanted desperately to see him. He wondered for days and weeks and months.

VILLAGER 2: One day he decided to yoke the donkeys to the wagon and set off for his father’s family dwelling place, his father’s kgota.

VILLAGER 1: Since his father’s name was Ngwedi, the kgota was also called Ngwedi, because he had been its headman when he was alive.

VILLAGER 2: It was evening when the boy left for his father’s kgota and the clouds were gathering over the moon. On the way he met a woman and sang out to her—

ALL VILLAGERS: Take heed, those who delay me! Where is Ngwedi’s kgota? Listen to what I ask, for the clouds are where the moon was. Don’t delay me.

ALL VILLAGERS: Stay on this road, ngwanaka. You will meet some people going there. Ask them.

VILLAGER 3: Stay on this road. You will meet some people going there. Ask them.

VILLAGER 1: The boy continued his journey. On the way he met a man and he sang—

ALL VILLAGERS: Take heed, those who delay me! Where is Ngwedi’s kgota? Listen to what I ask, for the clouds are where the moon was. Don’t delay me.

VILLAGER 2: The old woman pointed to a place and said—

ALL VILLAGERS: That is the kgota you want over there, ngwanaka. Turn off the gravel road, walk a little bit and you will get to it.

VILLAGER 3: That is the kgota you want over there. Turn off the gravel road, walk a little bit and you will get to it.

VILLAGER 2: When the boy reached the kgota, he said to the people there—

LEFIKA: I am Morwangwedi, the son of Ngwedi. I want black sheep and white oxen; kill them for me. I am looking for the place where my father was buried.

VILLAGER 4: And so the people of the kgota took him to the kraal and showed him his father’s grave. The boy dug out his father’s bones and fastened them together. When he had done this, he took the meat of the sheep and oxen and put it on the bones. Then the boy began to sing—

LEFIKA: Take heed, those who delay me! Where is Ngwedi’s shirt? Listen to what I ask, for the clouds are where the moon was. Don’t delay me.

(As each item of clothing is mentioned, the villagers pull it out of their baskets and dress Lefika in it. Every time he puts on a new item of cloth- ing he transforms more into Sir Seretse Khama. Lefika is isolated from the rest of the ensemble. Soft, ethereal guitar music plays.)

VILLAGER 3: So the people of the kgota gave him his father’s shirt, and he put it on top of the meat of oxen and sheep, which was fastened to the bones.

VILLAGER 2: Then the boy asked for his father’s trousers in the same way.

VILLAGER 1: And his shoes.

VILLAGER 2: All the time urging them to hurry because the clouds were covering the moon.

VILLAGER 4: When the flesh was clothed, his father came to life! The boy yoked the donkeys, took his father, and set off back to where the boy had been living as an orphan. And when he arrived with his father, the people treated the boy like a king.

ALL VILLAGERS: They did not treat him badly like before, be- cause now he had his father to protect him.

(There is much jubilation and ululation. Lefika, one of the students has been transformed by the costume into Sir Seretse Khama. He poses as a statue of Sir Seretse and then melts out of the pose to deliver the follow- ing version of one of Sir Seretse’s speeches. Ensemble gathers around him and uses their bodies and configuration to establish a radio station studio and a microphone that Sir Seretse is speaking into. No music.)

LEFIKA: (Putting on his glasses.) Bagaetsho, we must write our history books to prove that we did have a past, and that this is  a past that is just as worth writing and learning about as any other. My fellow Batswana, we must excavate our history, dress it up in pride, intelligence, and foresight so that it may indeed come alive in our consciousness today.

(Lights fade and the rest of the speech is done in the fade-out to imply evanescent memory, or a glimpse.)

We must connect the present to the past so that the future may be secured. Because the past can disappear.