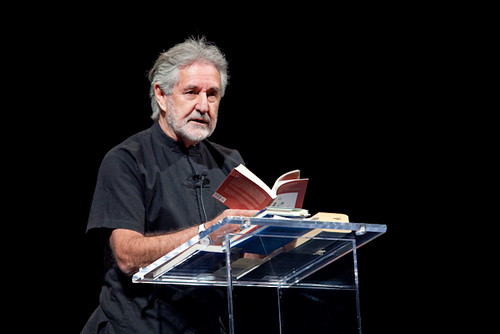 The poet, novelist and artist Breyten Breytenbach has been awarded the 2017 Zbigniew Herbert International Literary Award.

Breytenbach is renown for his anti-apartheid activism and acclaimed poetry anthologies, many of which are in Afrikaans.

The Zbigniew Herbert Foundation, composed of an international panel of literary critics, announced Breytenbach as the recipient of this prestigious award on Monday in Warsaw, Poland. The award is named after the anti-communist Polish poet and philosopher, Zbigniew Herbert.

Jarosław Mikołajewski (Poland), who serves on the jury, stated:

Breytenbach is an outstanding poet and an outstanding person. Qualities found in his poems include moral tension, breadth and dynamic imagination. And his qualities as a person – a need to be on the side of the weakest, and an opposition to violence, to discrimination. His value as a person brought him admiration and seven years in prison. His value as a poet has brought him the Zbigniew Herbert Award.

The award ceremony will take place in Warsaw on the 25th of May.