There’s no changing the fact of World War 2, but Robert Harris gives us an intriguing reinterpretation, writes Tinyiko Maluleke. 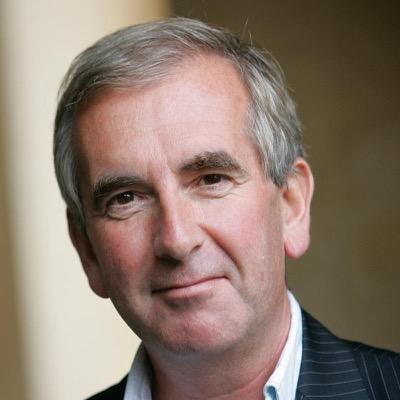 “Fiction allowed me to deploy my tools of imagination … re-inserting the story of Munich into popular culture.”


For three decades, it seems that Robert Harris has been harbouring a fascination with the historical Munich Agreement of September 30 1938 – some would say an obsession. In our telephonic interview, Harris chuckled when I put this to him, but his response was measured. “I may not have felt it with the same intensity throughout that period, but I have been interested in this subject for a long time.”

The backstory is the beginnings of World War 2. After annexing Austria, Hitler demanded parts of Czechoslovakia. The Munich Agreement was signed to facilitate this. After Hitler received his piece of Czechoslovakia, Neville Chamberlain (UK) and Édouard Daladier (France) hoped a catastrophic war had been averted. However, a year later, Hitler invaded Poland and plunged the world into war.

With Munich, Harris enters the fray from the unconventional angle of fiction. “Fiction allowed me to deploy my tools of imagination. It offered me the possibility of re-inserting the story of Munich into popular culture,” he says.

There are real and fictional characters, but it is the latter who provide the clearest lens through which we can see “what really happened”. Two fictional characters in their late 20s — Hugh Legat, one of Chamberlain’s private secretaries, and Paul Hartmann, a German diplomat – are the chief literary poles around which the narrative revolves. Through Legat and Hartmann, Harris guides the reader into the inner circle. Through their observations, as well as their unlimited access to the German Führer and the British prime minister, the reader sees, hears, tastes, smells and feels the looming war.

Given their pivotal role in the narrative, were Legat and Hartmann entirely fictional? “Strictly speaking, yes, they are. But there were enough real people like them in the late 1930s, aspects of whose biographies I used to construct these two and other characters.”

Harris’s refined ability to reconstruct setting, to recreate a sense of place and time, and his knack for the creation of believable characters, enable him to tease fiction out of history. In Munich, fiction dances with non-fiction, sucking the reader deeper into a breathtaking literary mirage.

The Hitler of Harris’s novel is neither pleased with himself nor sure of himself, before and after signing the Munich Agreement. He feels outplayed, outmanoeuvred and belittled by Chamberlain. Similarly, Harris’s Chamberlain is imbued with more grace, depth and integrity than many history books suggest. Only time will tell if Harris has done enough to rid him of the Pontius Pilate-like role assigned to him in the popular imagination.

I ask Harris what he wants his readers to feel or know after they have read the book. After speaking briefly about the precariousness of facile notions about the “politics of appeasement”, he said: “Above all else, I would like my readers to feel entertained.”

Few writers can blur the boundaries between fiction and non-fiction as masterfully and as delightfully as Harris does in Munich. The reader must be warned: this book will be hard to put down. – @ProfTinyiko