The coastal city synonymous with beaches, bunny chow and kief barrel waves has won a bid to become a UNESCO City of Literature‚ the 21st in the world and the first in Africa.

International cities which hold this title include Edinburgh, Melbourne, Barcelona, Heidelberg and Krakow.

LitNet’s Naomi Meyer recently conducted an interview with Darryl David, former Head of Afrikaans at UKZN, who headed Durban’s bid for UNESCO City of Literature status. Here’s what they chatted about: 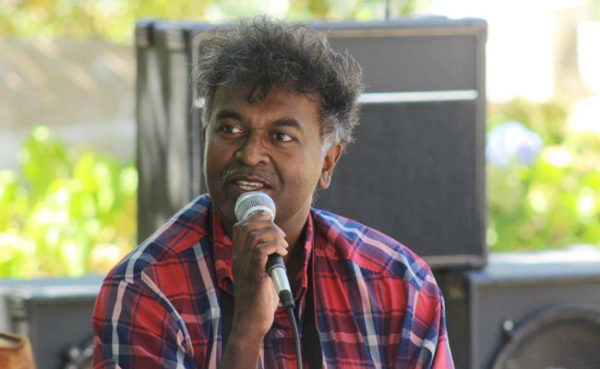 Darryl, breaking news: Durban’s bid to become a UNESCO World City of Literature in 2018 has been successful. What does this mean?

Yes, we did it Naomi. Durban is now the first UNESCO City of Literature on the African continent. This is big. In a sense it means that Durban becomes the literary capital of Africa, the literary gateway to Africa. Everything that the city plans from now, literature must be at its heart. It must define the city. Statues of writers need to be built, literary trails need to be developed. We already have three major literary festivals in the city: Time of the Writer; Poetry Africa and most recently ARTiculate Africa. Our bid was built on these cornerstones. By joining the UNESCO City of Literature family, the literary world will open up to Durban. I said it after I curated ARTiculate Africa at the end of September: if I am given the nod to curate ARTiculate Africa again, I already have one Nobel Laureate, one Pulitzer Prize winner and three Booker Prize winners lined up to come to Durban in 2018.

It is the first time a South African or an African city has become a City of Literature. Why Durban? What were the criteria?

Why Durban? This is a question that I have been asked numerous times. I prefer to answer the question with a question. Why not Durban? As I mentioned above, we have three literary festivals; two of them, Poetry Africa and Time of the Writer, which incidentally was the brainchild of Breyten Breytenbach, enjoy almost iconic status in Africa. And ARTiculate Africa has ambitions to become the flagship international literary festival in South Africa.

And then, too, the city runs one of the most inspiring library programmes in South Africa. No matter what Durban’s faults may be, they run a great library programme. They have the One City, One Book Project, in which a local writer’s book becomes the book of the year. This year The Pavement Bookworm, Philani Dladla’s book, was chosen. And believe me, this city spends millions on their artists. And they commit millions to literary festivals. Time of the Writer and Poetry Africa are not only UKZN-funded; the major sponsor is the City of Durban.

And of course the Durban ICC has been the top International Convention Centre in Africa for the last 15 years. Not Cape Town. Not Jozi. UNESCO was looking for a city that had an impressive track record for hosting international events. The ICC gave us the pedigree.

And yes, we cannot boast a Fugard or a JM Coetzee in Durban. But this is Alan Paton country, you know. This is the conveyor belt for Indian writers like Ronnie Govender, Imraan Coovadia, Ashwin Desai. This is the home of Fred Khumalo, Gcina Mhlophe, Bessie Head, Lewis Nkosi, Sifiso Mzobe, RRR Dhlomo (the first black writer to write a novel in English), Herbert Dhlomo (first black man to write a drama in English, not to mention being an acclaimed poet), Mazisi Kunene, the first Poet Laureate in South Africa. (And did I mention that one Darryl Earl David, who brought the UNESCO City of Literature to Durban in the first place, worked for over 25 years in Durban as the only Indian lecturer of Afrikaans in SA?) Make no mistake, we ran a compelling campaign.

« Marnus Broodryk: the Shark, the entrepreneur, the investor and all-round good guy, is now an author!
Light on the darkness: Elizabeth Kostova’s new novel paints a gripping picture of Bulgaria as it emerges from a grim past, writes Bron Sibree »