Light on the darkness: Elizabeth Kostova’s new novel paints a gripping picture of Bulgaria as it emerges from a grim past, writes Bron Sibree 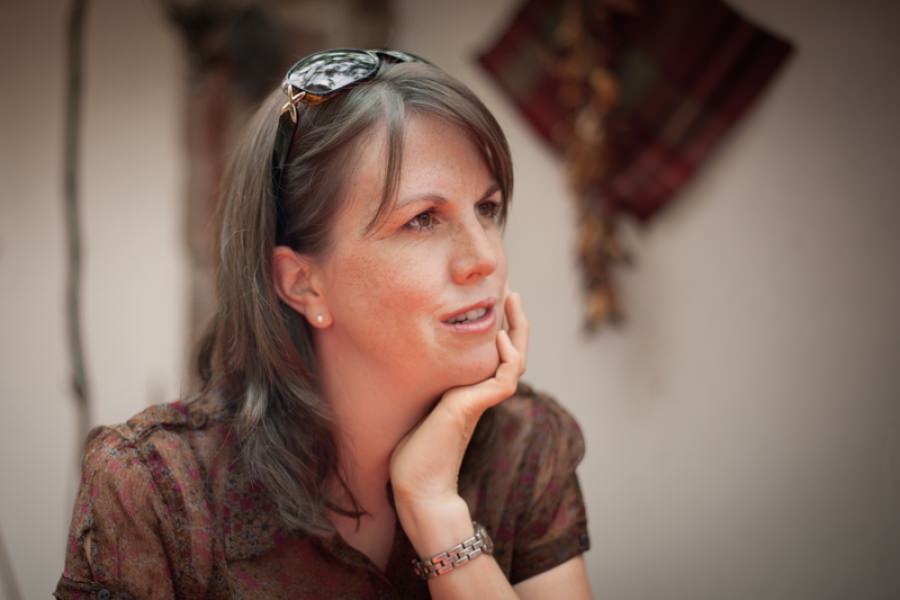 How do you put an entire country into a novel? American novelist Elizabeth Kostova had done just that and more in her third novel, The Shadow Land. But not before she pondered the question for over two decades.

The country is Bulgaria, which she first wrote about in her bestselling 2005 novel, The Historian, and first visited as a 24-year-old student of Balkan folk music in 1989, a week after the fall of the Berlin Wall. She not only met her Bulgarian husband Georgi on that trip, but ventured to remote corners of the country collecting songs.

“I was fascinated by the place. I went back with him a lot to see his family, acquired friends there, and over the years made a lot of notes. I wanted to write a novel that somehow covered this chaotic post-communist world that I’ve gotten to know over 25 years but wasn’t sure how to do it, it just seemed overwhelming.”

It was 20 years later when she was completing her second novel, The Swan Thieves, that she awoke from a dream in which entire scenes as well as the narrative arc of an entirely different novel revealed themselves. “I woke from that dream just stunned. Not that I understood a lot of the detail, but it was coherent enough that I could work on it. And I worked on that same story for eight years,” says Kostova, who has deployed, just as she did so potently in The Historian, a rich blend of historical fact, travelogue and fictional detail to give shape and form to the labyrinthine mystery that is The Shadow Land.

A capacious, Victorian-esque novel with more than a whisper of romance, it deftly conveys the beauty and mystery of this ancient land, all the while ensnaring you in a web of intrigue that encompasses the darkest horrors of Bulgaria’s hidden history.

It begins when a young American, Alexandra Boyd, arrives in Sofia to teach English in the summer of 2008, and mistakenly picks up a funerary urn in a bag belonging to an elderly couple and their middle-aged son when she helps them into a taxi. Her subsequent attempts to return the urn to its rightful owners form the engine of the novel, which plies between the present and the past: between Alexandra’s story, and the story of the urn’s occupant, Stoyan Lazarov, a brilliant musician who suffered brutal repression in a secret labour camp during the communist era.

For Kostova, the man in the urn, who arrived in her dream, was an absolute gift.

“There is such a long tradition of literature that is about proper burial, which is why I chose an inscription from Antigone. And our ancient need to lay people to rest with honour, which Faulkner, too, wrote about in As I Lay Dying.

She has often described the myth of Dracula, which she wrote about in The Historian, as “a metaphor for the horrors of history that won’t go away”. But in writing The Shadow Land Kostova immersed herself in accounts of those who survived Bulgaria’s forced-labour camps, recorded in oral histories collected in the ’90s. “I felt like I plunged into real and worse history. In The Historian there is a lot of dark history but the essential story was metaphorical, but The Shadow Land, although fiction, deals with a lot of real things that happened – representative of some of the worst things that humans do to each other. It was really hard material to work with sometimes.”

There hasn’t yet been as much public discussion within Bulgaria about the labour camps as in other former communist nations, adds Kostova. “They were very secret, yet not so secret, in the way that totalitarianism used to be so that people knew just enough to be terrified of what might happen to them if they were arrested.”

Kostova is aware, too, that, despite not planning it that way, The Shadow Land serves as a timely tale about the perils of autocracy.

“I’ve had interesting discussions with American audiences…We’re courting this awful danger of repression and censorship and surveillance and a lot of other things that traditionally only totalitarian governments engage in. We just don’t understand what we have brought upon ourselves.” – Bron Sibree, @BronSibree