Famed US novelist and birder Jonathan Franzen was recently in South Africa, where he shared literary insights, and a defence of the LBJ, with Michele Magwood. 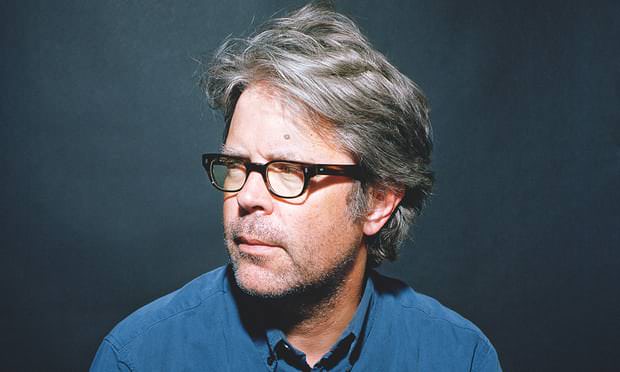 Jonathan Franzen is, as is his wont, talking about birds. Specifically, South African birds, and, even more specifically, the Cape grassbird. This is a bird that is usually dismissed at a glance as an LBJ – a little brown job, one of those ubiquitous dun-coloured birds that fade into the landscape and live in the shadow of rarer, more colourful birds. But not by Franzen. “I like the little brown ones,” he exclaims. “The Cape grassbird is the epitome for me of what a great bird is – it’s small and unobtrusive and yet when you look at it carefully with binoculars it just explodes with detail and subtle colours.”

Looking carefully and finding subtlety in seemingly ordinary things that then explode with detail is precisely what Franzen does as a writer. He comes heavily garlanded and routinely described as one of the US’ s greatest living novelists, but in Cape Town last week there wasn’t a trace of ego or the testiness he is famous for.

He was in the country for a National Geographic story on seabirds. South Africa, he says, is doing “very good things” for seabirds. He’d added on a 19-day birding tour of the country, and was now planning on getting out into deep water to see what he called the incredibly diverse seabird life off the coast.

Franzen is tall and rangy, woodsy in a way in scuffed boots and a checked shirt. He has beautiful, expressive hands and a mind like a sheathed blade. He has been interviewed countless times but there is none of the well-oiled shtick that many authors inevitably slip into. There are Pinter-long pauses as he considers a question, sighs and glances out of the window as he carefully composes his thoughts. Every now and again a teasing, self-deprecating humour ripples out.

He says he is less angry than he used to be, and less depressed – although he does refer to himself as a “depressive pessimist” – but concedes that there is still simmering anger at “the stupidity of the world and the meanness of people”. What human beings are doing to the natural world, the “atrocious political times in the US”.

He’s dismayed at the Trumpian effect on reading and writing. “A lot of people who used to read books are no longer remembering why they did, because they are so focused now on the outrage of the day. I blame devices. It seems to be an excuse to be distracted by your phone. People claim they have to remain up to date with what’s going on in Washington, but really they’re dependent on the stimulation from that phone.

“To me it makes the role of the writer all the more urgent. People need a haven from this ultra politicised, ultra angry nonsense that is coming at them every waking minute through their phones.”

Since Trump won the nomination, he says, book sales have collapsed in the US.

Franzen has written five novels. The first two, The Twenty-Seventh City and Strong Motion, were well-received critically but not commercially. It was the third, The Corrections, that broke out, picking off literary prizes and selling more than three million copies. The infamous spat with Oprah helped, of course, but the two made up when she anointed his next novel, Freedom, for her book club and this time he appeared on the show. His latest novel, Purity, was published in 2015. In the lengthy gaps between books he writes astringent essays in such publications as the New Yorker and the Guardian.

Fiction, though, is clearly his first love, and he returns to it again and again during the course of the conversation, whether pointing out the historical correlation between liberalism and the rise of the novel, his belief that reading fiction is an opportunity to be somebody you aren’t – “very important if you’re living in any kind of diversity as a society” – or the value of escapism. “It’s good to be reminded that there’s a world in which meaning is possible – sophisticated, nuanced meaning, that doesn’t have to reduce to political simplicities. There are other more humane ways to make sense of the world.”

He calls writing “purposeful dreaming” and describes the intimacy of the relationship between writer and reader. “It’s the magical quality of the written word, that what you do as a writer, the process of investing imaginatively in a character or a story in order to put the words on the page, that that experience then gets replicated when you read that page, that the same investment springs up on the reader’s part. That is unique to the written word.”

One of the hallmarks of Franzen’s fiction is his intense characterisation. He leans in and drills down into his characters, excavating them with forensic skill. And when he’s done with excavating them he throws in a hand grenade. Life, he shows us, is messy. He is uncommonly perceptive about the human condition. What is the source, the spring of this perspicacity?

“I wish I could say something completely, brilliantly original,” he chuckles. “But I do go back again and again to my position in the family.” Franzen was a laatlammetjie, his two brothers much older than him. “So by the time I was 10 years old there were four adults in the house and me. They all had powerful, different personalities and although there was never any doubt they loved each other, they didn’t get along all that well. I grew up listening and trying to provide comic relief.”

Just as Franzen excavates his characters, so he excavates his own self, and one gets the sense of how hard the work really is, how psychologically gruelling it is for him.

“The process of trying to find a new character who is vivid to me, who I instinctively love, is in part finding some part of my existence that I have not explored. That relentless question of ‘What does the character want?’ is the medium of self-investigation, really. It only gets harder because I have colonised more and more of my interior to look for live material.”

He has what he calls “shadow documents” for each novel, drawers of abandoned pages and jottings. “The shadow documents are much longer than the books – they consist of almost daily note-taking, relentless psychoanalysis done in the symbolic language of fiction. It’s tedious and repetitive.”

He’s started a shadow document for a new novel he’s working on. “I’ve got, like, two and a half characters and a few pages.

“Each time it feels like I can never do this again.”