Michele Magwood meets Princess Olga Andreevna Romanoff, grand-niece of Russia’s last tsar, at the opening of a Midlands game reserve. As one does. 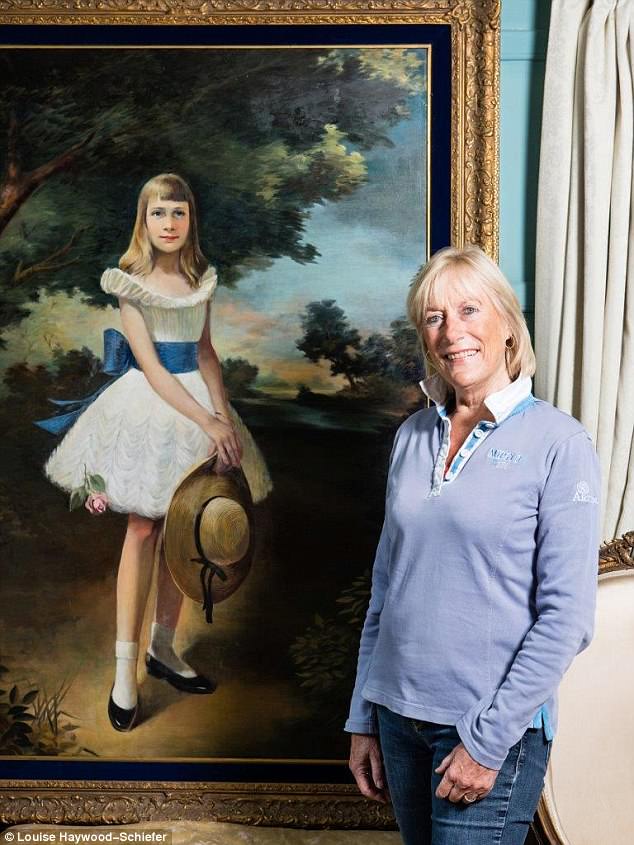 There was a fizzing anticipation at the lodge as a gaggle of celebrities, television crew, musicians, journalists and “influencers” alighted from luxury 4x4s. Suit bags and makeup cases were hoisted, sunglasses adjusted, Instagrams snapped and tapped out and the whispers went around – where was she?

“She” is HH Princess Olga Andreevna Romanoff of royal Russian descent, daughter of the late Prince Andrew Alexandrovich Romanoff. He was the eldest nephew of the murdered Tsar Nicholas II, born to a life of splendour in the Winter Palace in St Petersburg before he escaped the Bolshevik carnage in 1918, living out his days in the Kent countryside.

She was in South Africa as the guest of the Karkloof Safari Villas, now under new ownership by Colleen Glaeser – an ardent royalist – who wanted to relaunch the lodge with a grand party. And what a grand party it was: the dining room glinted with crystal and gold amid drifts of white orchids; the keyboardist from Prime Circle was flying the grand piano; cameras whirred, presenters presented and, finally, the princess appeared.

If the guests were expecting a ball gown with a tiara and gems, a modest Fabergé cabochon ring, perhaps, they were disappointed. Princess Olga was dressed in a short red dress and a good pashmina. At 67, she is slim and athletic, her white-blonde hair cut in a bob and cerulean eyes that could etch glass. She seemed bemused at the angling and posing and susurration of feathery false eyelashes.

She was also launching her new memoir Princess Olga – A Wild and Barefoot Romanov, a gossipy, galloping account.

Sitting on the sunny deck the next morning, looking over the lush reserve, the princess was clearly more comfortable in her jeans and fleece. She is quick and funny, throwing away delicious anecdotes: “Queen Mary was a kleptomaniac, of course.” The old bat would spy something beautiful at a friend’s house – the Sheraton chairs, pretty china – and the host would be obliged to give it to her. “And then people got wise and they used to hide the good stuff before she came. There’s a room apparently in Buckingham Palace known as Mary’s Store where all the stuff she collected is kept. I think they’re trying to return pieces to the right families.”

She is too discreet to be drawn on her views of the current Royals, saying only how much she likes Camilla Parker-Bowles. “She’s a sensible woman, a hunting, shooting, fishing now ex-smoker. She’s a good egg.” And that Princess Margaret was “a little difficult”. If she was staying at a house party and wanted to stay up until 4am, no one was allowed to go to bed whether they were exhausted or ill. “My mother was a bit like that. When she went to bed the whole house party had to go too.”

Princess Olga’s mother, Nadine, was a Scottish heiress “and a crashing snob”. She was the widowed prince’s second wife; they married after he arrived in exile in Britain. They lived in a rackety pile in Kent called Provender House, which dates from the 13th century. Nadine’s family had lived there for more than 100 years.

Baby Olga was neurotically cosseted – her mother would spray guests with DDT before they could come near the infant, and she was not allowed to drink tap water, only Malvern mineral water. There were nannies and governesses – some dodgy, some greatly loved – and Olga loathed schoolwork, pretending she was going to the loo and disappearing to ride her beloved pony. She had no real education.

Her father seems a sad and lonely figure. As an impoverished prince he’d lost everything, he had no money, she writes, but he felt safe at Provender. He changed the spelling of the name from Romanov to the more common Romanoff, and it was believed that he was still on Stalin’s hit list.

As Olga tells it, he “shut the door” on court life, eschewed company and dressed in grotty old clothes. He cooked their meals in the manner of the French chefs from the Russian palaces. He was stone deaf, probably as a result of frequent close gun salutes in his early life. As a boy he had roller-skated down the corridors of the Winter Palace, now he was often mistaken for the gardener.

How was the massacre of his family regarded in her home? “It was spoken about from birth that my father had a murdered uncle and cousins but I didn’t realise it was world history until I was about 10. Papa didn’t really talk about it as much as he could have.”

And so Princess Olga grew up – wild and barefoot – on the rambling estate, training fighting cocks to sit on her Wendy house furniture for tea, organising donkey derbies and burning up tractors with the local boys. She started smoking at 11. Her mother was determined she should marry well, “a duke, at least” and she was paraded as a possible bride for Prince Charles. “Well that wasn’t going to happen,” she laughs. “Orthodox Russian for a start! I just raised a finger at all that.”

She eventually married a well-born man but writes little about their marriage and their subsequent divorce. Instead she unfurls fabulous stories, such as that of Prince Felix Yusupov, a well-known transvestite. He once dressed in women’s clothes to go to the Paris Opéra and was so convincing that he caught the eye of King Edward VII. When the king asked to meet that “lovely young woman” Felix scarpered.

There are stories about Princess Olga’s great friend Clarissa Dickson Wright of Two Fat Ladies fame, a notorious alcoholic. “She did like to drink,” Princess Olga writes in typically understated fashion,” and kept gin in a tooth mug next to her sofa bed. “Once she was so desperate that she drank a bottle of my Chanel perfume. And it was perfume, not eau de toilette. I was very angry.”

There’s the Grand Duchess Xenia dropping her fag ends into a bowl of water at her feet so they didn’t smell, tales of ghosts and a spotting of the Loch Ness monster, a pony brought in to the dining room and munching a grand lady’s hat. It is an enthralling book.

Princess Olga now devotes her life to raising funds and restoring her beloved Provender. Much has had to be sold, as her parents died virtually penniless, but some objects remain, like a collection of white crockery with the double-headed black eagle of imperial Russia, used by Nicholas.

She has opened the house for weddings and conducts tours of it herself. She is close to her three grown children and adores being a grandmother. Energetic and forthright, and still devoted to her animals, Princess Olga is, it seems, a very good egg. @michelemagwood