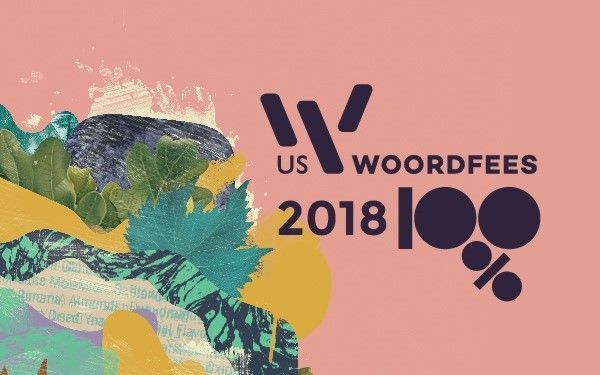 The countdown for the annual Woordfees Festival has begun…

From the second to the eleventh of March, the quaint Western Cape town of Stellenbosch will play host to an array of authors, poets, actors, playwrights, musicians and artists.

2018′s programme is certainly one for the books and the following Writers Festival sessions should not be missed:

WOMEN OF STEEL: THULI MADONSELA AND GLYNNIS BREYTENBACH
In conversation with Marianne Thamm
Presented by Pan MacMillan
Marianne, a well-known journalist and writer, sits down with two women whose lives are characterised by sheer willpower to pursue the truth. With Thuli’s memoir in the pipeline and Glynnis’ Rule of Law on the shelf, they discuss their formative influences, defining moments and fighting the odds still facing females today.
2 March 10:30
60 min | ATKV-Boektent | R50 | R60 at the door

RAMAPHOSA – BEHIND THE ENIGMA
With Max du Preez, Ray Hartley, Koketso Sachana and Jeremy Thompson
What does Ray Hartley’s Ramaphosa – The Man Who Would Be King say about the enigma that is the new ANC president – ambitious, charming, a born negotiator, astute businessman, the boy who at a young age told his friend that he would one day be president? In this centenary year of Nelson Mandela, who anointed him as his successor, everyone wants to know: Does he have what it takes to turn SA around? Max du Preez will lead the discussion with Hartley, Cape Talk’s Koketso Sachana and former Sky News achorman Jeremy Thompson.
5 March 09:00
60 min | ATKV-Boektent | R50 | R60 at the door

MARTIE MEIRING MEETS ACHMAT DANGOR
Presented by Pan MacMillan
The Man Booker nominated writer, who shot to fame with Kafka’s Curse, then made it onto to prestigious awards’s shortlist with Bitter Fruit, chats to Martie about growing up in the extraordinary days of apartheid, the role of the women in his family (his sister is Jessie Duarte) and in his latest novel, Dikeledi – the story of a young girl born in Harlem, and her grandmother back home.
5 March 14:00
60 min | HB Thom-seminar room | R50 | R60 at the door

REHANA ROSSOUW: NEW TIMES – BUT NO MANDELA
In coversation with Karina Szczurek
Presented by Jacana Media
As Ali Adams starts a new job as a political reporter at The New Times, a weekly newspaper in Cape Town, her stories make front page. But back home in Bo-Kaap the community has expectations, and none of them involve a woman running all over the place chasing stories. Apartheid, religion, homosexuality, Mandela The Sellout, politics of the newsroom, and post-traumatic stress all come to the fore in this gritty novel by a veteran political reporter.
6 March 09:30
60 min | HB Thom seminar room | R50 | R60 at the door

‘BOEKKLUB’: ALEXANDRA FULLER – A RHODESIAN CHILDHOOD
In conversation with Ingrid Winterbach
She grows up during the bush war that helped turn Rhodesia into Zimbabwe –the family’s bombproof Landrover is nicknamed Lucy. She survives a terrible, avoidable death that turns her fun-loving Scottish mother into a crazy drunk and for which she, as a child of eight, feels responsible … These last days of colonialism are at the heart of Alexandra Fuller’s internationally acclaimed 2002 memoir, Don’t Let’s go to the Dogs Tonight. She talks to Ingrid about a world of taboos and projected shame, about living in Wyoming after being separated from her all-American husband of 20 years, and “the beautiful and terrible” she wrestles with in writing.
6 March 19:15 for 19:45
60 min | ATKV-Boektent | R50 | R60 at the door (glass of wine included)

GEORGE BIZOS: 65 YEARS OF FRIENDSHIP
In conversation with Edwin Cameron
Presented by Penguin Random House
The world-renowned human-rights lawyer talks to Judge Edwin Cameron about his new book, a touching homage to his friendship with Nelson Mandela and a fascinating tale of two men whose work affected the lives of all South Africans– arguing in favour of the Constitution, which is under threat in the current political climate.
7 March 10:30
60 min | ATKV-Boektent | R50 | R60 at the door

WHOSE HISTORY IS IT ANYWAY?
With Fred Khumalo, Alexandra Fuller and Achmat Dangor
How important is it to keep telling accurate and unembellished stories about the past – even if it’s offensive or hurtful? Three writers discuss this with Sandra Swart. Fred used the sinking of the crew ship SS Mendi during the First World War as backdrop for Dancing the Death Drill. Alexandra wrote about growing up during the Rhodesian war in her debut and for her new novel, Quiet Until the Thaw, investigates the history of two Native American boys in a South Dakota reserve, while Achmat returns to the apartheid history in Dikeledi.
7 March 14:00
60 min | HB Thom-seminar room | R50 | R60 at the door
Thursday 8 March

REDI TLHABI: KHWEZI
In conversation with Adriaan Basson
Presented by Jonathan Ball Publishers
The book touched a nerve: More than 400 people attended the launch; 10 000 copies were sold in a week. Adriaan Basson asks the well known talk show radio host and author why, and what price Fezekile Ntsukela Kuzwayo – better known as Khwezi – ultimately paid as the woman who dared to accuse Zuma of rape.
8 March 14:00
60 min | HB Thom-seminar room | R50 | R60 at the door

THULI AND TIM AT GUARDIAN PEAK
With Thuli Madonsela, in conversation with Tim du Plessis
Adv Thuli Madonsela shows without question that dynamite comes in small packages. In seven years the former Public Protector has achieved what few accomplish in a lifetime, often praised and vilified in equal measures. Looking back at her time in office, she said the role is akin to that of the Venda traditional spiritual female leader, the Makhadzi, who whispers truth to the king or the ruler. And a ruler who ignores the Makhadzi does so at his peril. Sample a three-course meal prepared by the legendary Rust en Vrede chef, listening to former Rapport editor and columnist Tim du Plessis enjoying some rare personal time with this woman of steel.
10 March 12:30
180 min | Guardian Peak Winery and Restaurant | R950

« “This was a series of stories that needed to be told” – Jeremy Maggs on writing Win!
World Read Aloud Day: over one million children reached! »