“I think a child without anyone to tell them stories is an abandoned child” – a Q&A with author and JRB City Editor, Niq Mhlongo 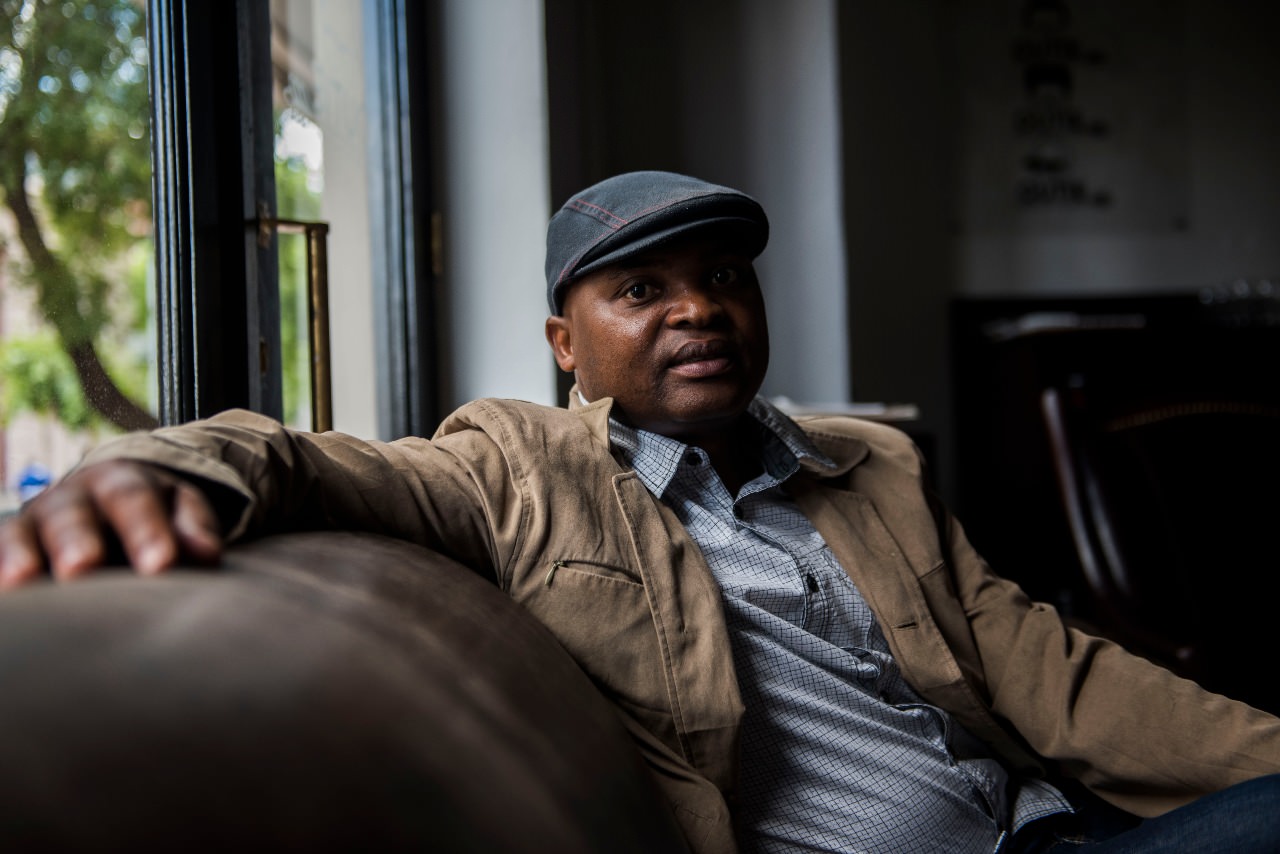 Niq Mhlongo, author and City Editor of the Johannesburg Review of Books

How do you think storytelling helps us understand place – can it make sense of where we are from?

It’s really fundamental. If Joseph Conrad didn’t write Heart of Darkness I don’t think people like Donald Trump would have had the audacity to call African countries ‘sh*tholes’. Perhaps is he had been forced to read Emecheta, Laye, Mphahlele, Ngugi and others he would have had a clear understanding of Africa.

So much of our cultural geography is imported – TV shows and novels glamorise places like New York or Paris. At the same time, African cities tend to be written about, often in negative terms, by outsiders. Why is it important that we write about African places and cities and create our own literary maps?

Someone once told me that the biggest commodity that America was able to sell to Africa was its culture. I agree. Cultural geography, as you call it, is a very powerful tool that powerful countries have used to dominate other countries. When South Africans today talk about ‘decolonization’ I think it is a legitimate appeal to break away from, among other things, the shackles of cultural dominance. So when authors write about African places and cities they contribute a lot in creating our own literary maps that have been disregarded by the imposed colonial narratives of places and spaces that we live in.

Your upcoming book Soweto, Under the Apricot Tree, takes us into the places you were born and raised in. Can you tell us a little about why you wrote the book and how it felt to be making a place meaningful to people through your writing?

I wrote Soweto, Under the Apricot Tree because I could not find a good written story about Soweto that I could read and actually identify with. I was tired of the meaning of Soweto always being confined to Vilakazi Street and the Twin Towers. I decided to write that story I was searching for myself – in fact, as an insider, it made perfect sense that I do it!

You have weaved African oral traditions, cultural practices and storytelling traditions into your previous novels, too – I’m thinking here particularly of your novel Way Back Home. What does it mean to you to be called an African author? Is that a useful description or one you find unnecessary?

There is no problem being called an African author. It all depends on the context in the context in which the name is used. If it means that my writing is inferior compared to the so-called ‘European author’ or ‘American author’, then such a name is already loaded with negativity.

I know you write adult fiction, but you have written for children too! Can you tell us a little about writing for the TV series Magic Cellar and why projects that get young people excited about stories are so important?

Ah, let me not exaggerate my involvement with Magic Cellar. In fact, I only wrote one script for them. But the project trained me as a children’s story writer. During the same period I actually wrote a script for children based on African folktales. It was animated for a children’s program on SABC 2…so I suppose I learned something!

I think a child without anyone to tell them stories is an abandoned child. Stories make all of us happy, and give us a sense of belonging in society. They guide us and give us hope in the world. Any project that give young people that kind of wholeness deserves full support from everyone.

What changes would you like to see in the South African literary scene? Are there things (maybe organisations, new spaces for writers or publishing initiatives) that you find exciting?

How can we get more children excited about reading, particularly proud of our own, rich African literary heritage?

We need to prescribe more South African books and make things like Shakespeare optional in our school curriculum. In that way we can show them our rich African literary heritage.