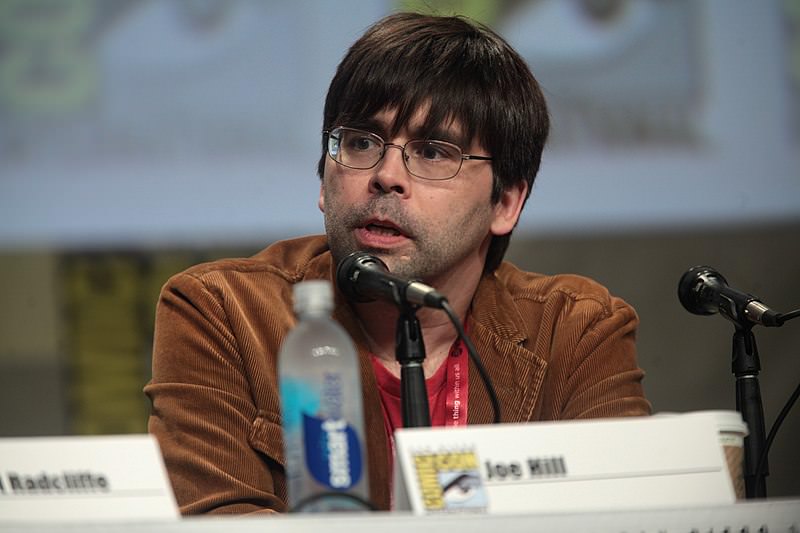 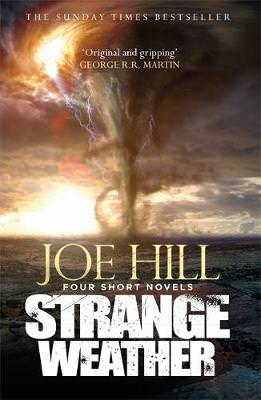 The first novella, Snapshot, is a reverse Alzheimer’s metaphor.

Butterball teen Michael Figlione finds himself taking care of his childhood nanny, Shelly Beukes. He realises that it’s not just her dementia talking: there really is a creepy stranger, Polaroid Man, with a special camera like a gun that takes photos of people to steal their souls. In a parallel process, as the Polaroids famously develop – and Shelly’s memory gets patchier – Michael finally understands how much she really loved him.

Named Joseph Hillstrom King (after the activist and songwriter) by his famous parents, Stephen and Tabitha King, Joe Hill writes under his own name. In-jokes, thought experimentation and sarky political commentary aside, writing is also a serious commemorative act – for the dead, and for our own dead selves. That goes double for horror, and triple for horror as beautifully rendered as Joe Hill’s.

Look here: “There is no system of measurement that can adequately quantify how much resentment I carried in my heart when I was young and lonely. My sense of personal grievance ate at me like cancer, hollowed me out, left me gaunt and wasted. When I set off for MIT at 18, I weighed 330 pounds. Six years later I was a buck-70. It wasn’t exercise. It was fury. Resentment is a form of starvation. Resentment is the hunger strike of the soul.”

We see it particularly in the second novella, Loaded – a didactic, heavily sexual exploration of America’s “national hard-on for The Gun”. Hill says that he “had that one in my head ever since the massacre of 20 children in Newtown, Connecticut”. The story is incredibly powerful: a young woman’s affair with her jerk-off boss ends in tears and bloodshed for everyone in the mall, including a Muslim mother with her baby strapped to her chest, the carrier conveniently mistaken for a suicide bomb.

The weakest – most deliberately fluffy – novella is Aloft, set mostly on a cloud. A one-sided crush on his fey bandmate, Harriet, makes Aubrey Griffin determined to skydive with her. At the last minute Aubrey tries to back out, but there are technical difficulties with the plane and everyone is forced to jump.

Aubrey lands on a cloud (cold, and a bit like mashed potato) and must confront his sad realisation that he can touch either terra firma or Harriet’s boobs again, but not both. The novella is a palate cleanser and a spot of stylistic showing off, but it’s no great shakes other than as a continuation of the real theme of all the novellas – how to let go.

The brilliant Rain completes the quartet. Boulder, Colorado, suffers a rain of fatal and needle-sharp shards of space-age rocks. Hill has fun with our beliefs and what we need to tell ourselves in order to survive. The histrionic president blames cloud-seeding religious fanatics, while the crazed comet cult next door accepts all comers. We follow Honeysuckle Speck, whose angelic girlfriend Yolanda was one of the first to die, impaled by the celestial spikes.

Honeysuckle must deliver the news to Yolanda’s minister-father, travelling a highway of murderous shards.

Joe Hill – and Capetonians – understand that only hard rain will fall.