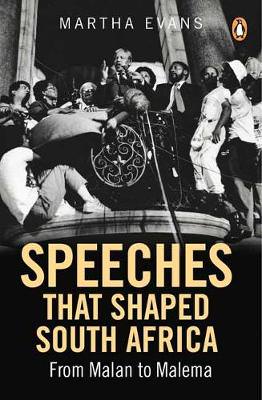 It has been a whirlwind period for South African rhetoric. From former president Jacob Zuma’s will he, won’t he resignation speech to Cyril Ramaphosa’s maiden state of the nation address, the utterances of the past few weeks have altered our political reality.

The idea that the world is shaped by the actions of extraordinary individuals has been unpopular in an era focused on the dominance of collective action. Even Nelson Mandela, who JM Coetzee once said “may well be the last of the great men”, consistently rejected his own heroism.

“I stand before you not as a prophet but as a humble servant of you, the people,” he said 28 years ago. It was a hot Sunday evening, and I was stationed in front of the television with my parents, aware that great words were being spoken, but uncertain about their effects. That sparked my interest in the power of words.

I became interested in the clever attempts to circumvent the apartheid state’s brutal banning orders. Oliver Tambo’s annual January 8 address was broadcast on the clandestine Radio Freedom and via cassette tapes circulated underground (possession of which could land you in jail).

But the oppressive laws also made it difficult to locate the words of dissidents.

For this reason, finding a buried copy of Winnie Madikizela-Mandela’s first public speech after a 13-year period of enforced silence was a highlight, as was the discovery of video footage of Allan Boesak at the launch of the United Democratic Front. On a cold winter’s day in Mitchells Plain in 1983, Boesak was electrifying, chanting, “We want all of our rights, and we want them here and we want them now.”

Speeches that fail to inspire sometimes also shape events. PW Botha’s defiant Rubicon speech and the 2015 state of the nation address go down in history for all the wrong reasons. Zuma’s presidency was characterised by flat, jargon-ridden rhetoric devoid of optimism.

But if there is anything that chronicling influential speeches has made clear, it is that words can and do effect change. The events of the past few weeks testify to this.