Provoking thoughts, great inspirations and heated discussions at the opening night of the 21st Time of the Writer Festival 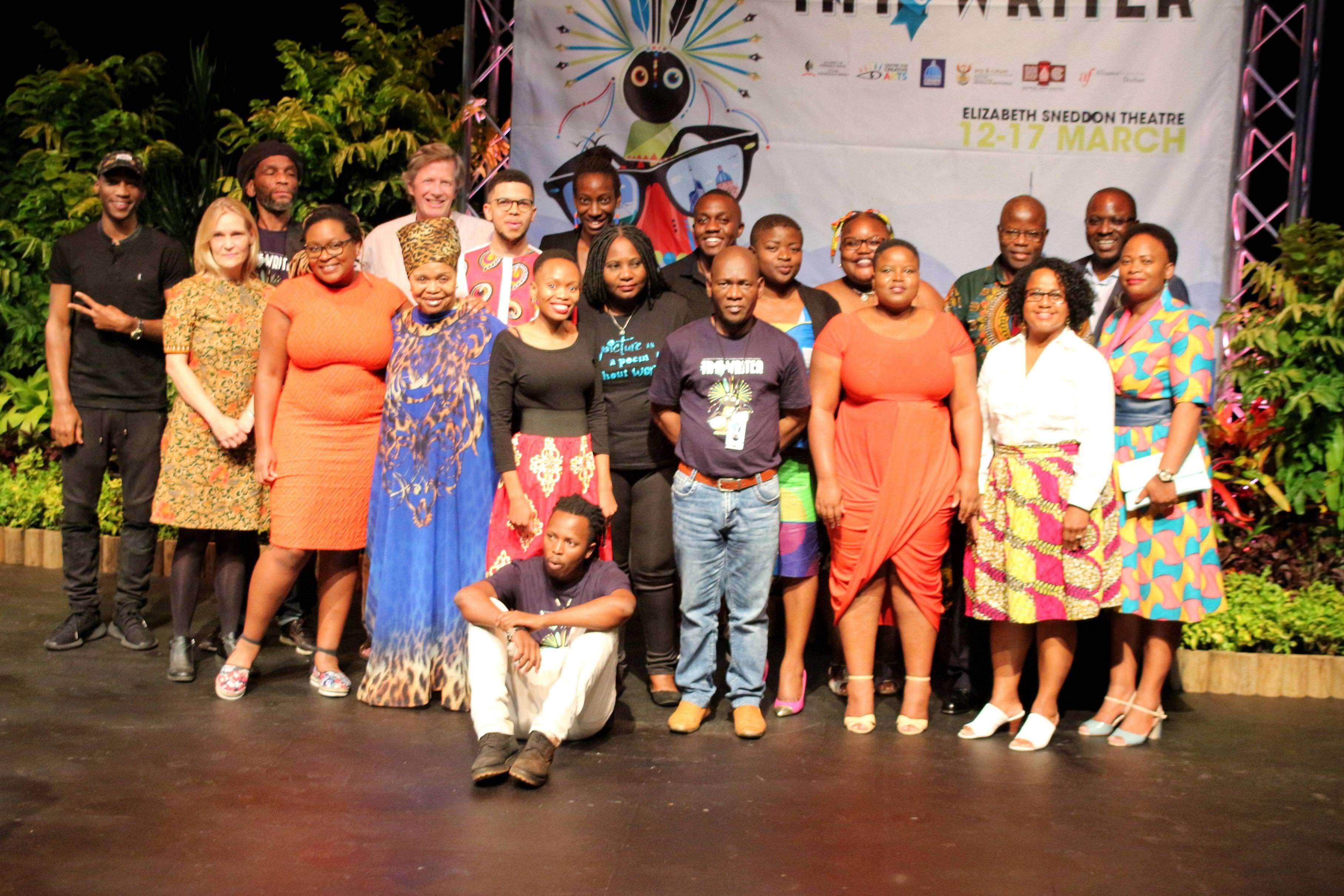 Attendees at the 21st Time of the Writer Opening Night. ©Charles Dlamini.

Literature lovers gathered at the opening night of the 21st Time of the Writer Festival which took place on Monday 12 March 2018 in Elisabeth Sneddon Theatre at the University of KwaZulu Natal. To give all guests a warm Durban welcome maskandi guitarist and vocalist Mphendukelwa Mkhize provided the musical opening.

Prof Stephen M. Mutula, acting DVC & Head of College of Humanities, had the honour of opening the festival with a speech in which he emphasised the importance of the festival in bringing together leading African intellectuals and cultural practitioners and placing them in public events and engagements with local communities. Following this Miss Tebogo Msizi from eThekwini Municipality, one of the partners of the festival, emphasised the important role Time of the Writer has played within acquiring the title of “City of Literature” by UNESCO in 2017.

After the speeches, host Chipo Zhou, acting director of the Centre of Creative Arts that organises the event, opened the stage for the participating writers to present themselves and offer the audience a taste on their perspective on this year’s theme: “changing the narrative”.

The Zambian Jennipher Zulu shared her experience of writing her first book with the audience: “I didn’t really sit down to write a book, I was just putting down my issues.” She will be launching her book It’s Hard to keep a Secret on Saturday morning 17 March at Ike’s book shop.

Lesego Rampolokeng introduced himself the only way he knows how to, with a thought-provoking four minute poem.

Lindiwe Mabuza shared that she was encouraged by Can Themba to write, but she only took his advice years later when in 1977 she went to Lusaka to work with the ANC women authors and they published a book titled Malibongwe. 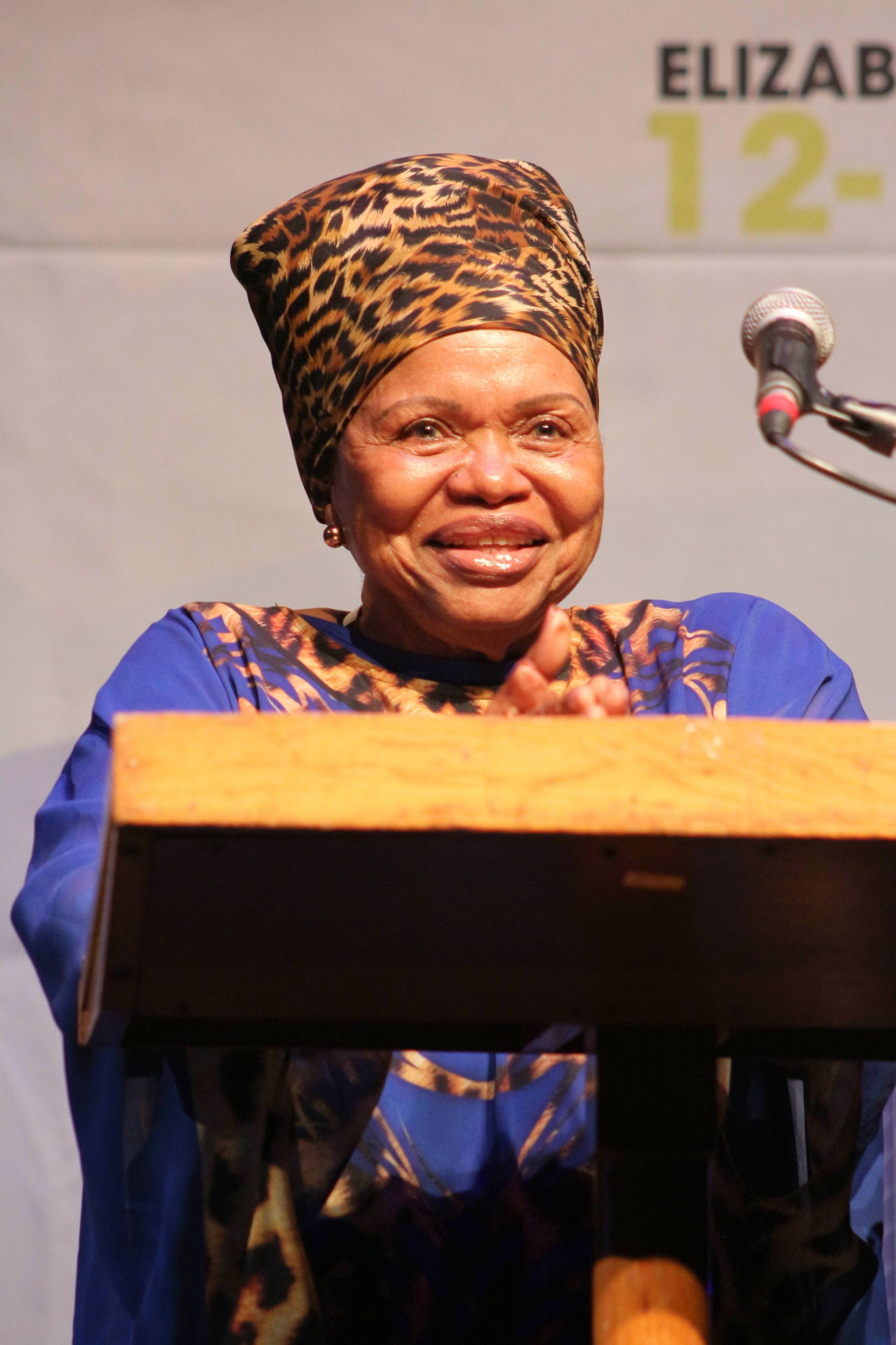 Another Zambian author on the program, Luka Mwango, shared that he thinks stories are the metaphor of life: “We live in two worlds, in the material world and the world in our head.”

American MK Asante broke out in rap when he shared: “Take two sets of notes, the one to pass the test and the truth.”

Mohale Mashigo shared with the audience that she never use to recognise herself in the stories she used to read when she was younger: “I did not know how distant my life was to the people in the books, until I read The Colour Purple.”

Children’s author Refilwe Moahloli emphasised the importance of magic, she feels anything is possible in the world of literature.

Rapper and PHD student at Oxford, Sizwe Mpofu-Walsh (author of Democracy & Delusion) also decided to break out in rap, before telling the audience: “Nobody claps when I quote from the book, but they do when I rap….”

Themba Qwabe started writing many years ago around 1994 when he first met his former lecturer Mr. Hlengwa, who forced him to write. He shared his thoughts on language in literature: “I do not know why I am called an African author if I write in English, but an isiZulu author when I write in an African language.”

Unathi Slasha shared his feeling that there is nothing of interest in this country and encouraged the audience to “engage with the text”.

Yewande Omotoso got the audience thinking with the following line: “In order to change the narrative, we need to know what the dominant is.” She also questioned how we can make a gift of something we stole.

Lastly, Durban based Kirsten Miller shared that she feels that we are all humans and the political is always personal.

All in all the audience experienced a great mix of inspiring authors and challenging opening speeches. It gave everyone something to look forward to during this coming week: provoking thoughts, great inspirations and heated discussions.

On Tuesday 13 March, the authors went out on their respective field trips, Themba Qwabe brought a visit to Phambili High School where he met a group of aspiring learners and addressed them about literature.

“The learners were very interested in learning more about writing, I adviced their coordinator to form a reading writing club at the school, so the learners to follow their aspirations,” says Qwabe.

Another group of authors, MK Asante, Lindiwe Mabuza, Refiloe Moahloli and Yewande Omotoso, visited the Tongaat Central Library for a series of workshops and panel discussions. “It was absolutely beautiful, I really enjoyed it. There was a group of high school kids. It was a very interactive sessions, as much as we were sharing with the kids, they were sharing with us, which was really beautiful,” says Refiloe Moahloli about the session.

« A jealous ex-wife, a skittish bride-to-be, and many, many twists – Jennifer Platt reviews The Wife Between Us
Book Bites: 4 March »