Alexandra Fuller had the choice to speak out in her debut novel, or to remain silent. She decided on the former, writes Michele Magwood 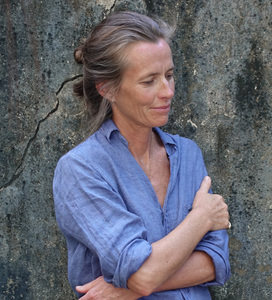 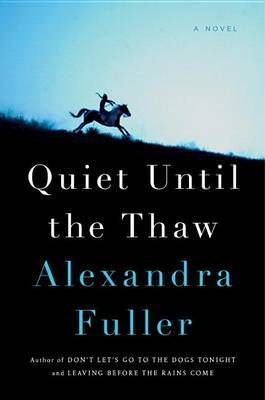 ‘A wise woman said to me after my father died that grief is a dismantling thing, but that you get to choose how you re-mantle. And this novel was really my re-mantling.” Alexandra Fuller doesn’t so much as wear her heart on her sleeve as slice open her chest and pin back the skin to reveal it beating, hotly and bloodily. She is an intensely visceral writer, but immensely skilled, too, always, sometimes just, staying this side of melodrama and solipsism.

She is known for her series of memoirs, beginning with the incendiary Don’t Let’s Go To The Dogs Tonight, about her deranged upbringing in what was then Rhodesia. Through this, and three subsequent books, we got to know her family, whom she refers to in ironic tones as The Fullers Of Central Africa. She’s made us care about them, their singular spirit and flaws, their bad luck and bad choices. And so when her father, Tim, died in 2015 her readers felt that they had known him and mourned with her. Doubtless he would have been appalled.

Fuller was already writing Quiet Until the Thaw when he passed away – in Budapest, of all places, so far from his beloved Zambia – and his death had a distinct effect on the writing of it.

It is the story of two Native American cousins growing up on the Pine Ridge Indian Reservation in South Dakota.

This is the Rez, a barren, God-forsaken stretch of land onto which the Lakota Oglala Sioux were herded and dumped. And if that sounds familiar to South African readers, it is. “Anyone who’s been to a former homeland in South Africa or a Tribal Trust Land in Zimbabwe will recognise it,” she says. “You can’t begin to imagine the poverty and social problems. But the beauty, too.”

Fuller, who lives in Wyoming, has been visiting the Rez for years, beginning with a three-month stay in 2011. “I felt this jolt of homecoming.” It was inevitable that she would write about the community, but chose to write it as a novel. “It felt less appropriating to fictionalise it, and I wanted a way to stitch together all the stories I’d heard on the Rez.”

She approached the project with humility, and went to visit an elder called Alex White Plume. “I went up to his farm – he breeds war ponies and grows hemp – and he was happy to talk to me, but said ‘Before I open my mouth the first thing I have to do is forgive you and all the people who look like you.’”

The main character of the novel is Rick Overlooking Horse, a gentle, reticent soul, “a child, and then a man, of shockingly few words” while his cousin You Choose Watson is a treacherous brat who grows up sly and corrupt.

He escapes the draft by feigning diabetes while Rick Overlooking Horse is sent to Vietnam and is burned almost to death by friendly fire. He returns to the Rez, sets up a teepee in a remote meadow and becomes something of a sage, though Fuller points out that the Lakota Oglala don’t have words like chief and medicine man. People start to go to him “with their wounded hearts and curdled souls”, she writes, and he quietly guides them “out of all the noisy unbecoming we do between birth and death”.

“I rewrote a lot of the book after my father died and there was a lot of him in Rick Overlooking Horse, his taciturn sort of stoicism. From being a lesser character he became the generator, the voice of the book.”

There are other vividly named characters such as Le-a (pronounced Le Dasha) Brings Plenty, Mona Respects Nothing and a man nicknamed Small Nosebleed Indian, because “a mild haemorrhage from a single nostril would be all it would take to get rid of every last drop of his native blood”.

The years unfurl as the cousins orbit and crash into each other. Fuller writes in short, punchy chapters dense with allusion, with such wry titles as “Mina Overlooking Horse Drinks Coffee as a Substitute for Having a Feeling” and “Meantime, Names for a Red Man, and Why He Doesn’t Care”. The chapters distil the gutting oppression of the people and the ravages of poverty, but also the idea of circular time and the notion of kinship. Some are mordantly funny – such as when two Rez boys are hired for an act at Disneyland Paris – all are a revelation, a portal into a history that has been kicked aside over and over again.

Quiet Until the Thaw – the title comes from a Swampy Cree narrative poem – bulges with wisdom but has the venom of a rattlesnake. Like so much of Fuller’s work it is blisteringly, resonantly beautiful.

She will undoubtedly be accused of cultural appropriation but she weighed it up very carefully, asking what would be worse – her silence or her speaking out. As painful as it was, she had to tell of the Rez. And we’re the richer for it.

“Writing it erased me, it eroded me,” she says, “the trajectory I was on went over a cliff.” After her father’s death she was diagnosed with post-traumatic stress disorder – “like a bloody war vet” – and is now taking medication. She can’t drink anymore and has been sober for three years.

“My life as it was ended with this book. I began it living in a comfortable condo on the golf course, now I’m living in a yurt! I am so relieved to be living this close to the grounding ground again. It’s not under a tree of forgetfulness, but through the dome at night I can see the stars of the northern hemisphere.” @michelemagwood