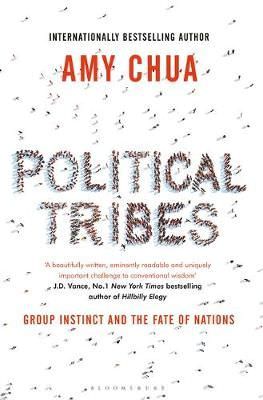 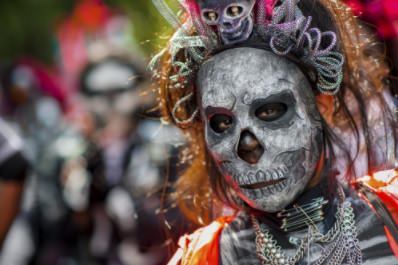 Amy Chua is no stranger to controversy or bestseller lists. In the wake of her 2011 bestselling memoir about her attempt to raise her daughters the strict “Chinese” way, Battle Hymn of the Tiger Mother, the Yale law professor garnered death threats and accolades. Then came the outcry triggered by her 2015 book, The Triple Package, which examined why some ethnic and religious groups outperform others in America. Co-written with her Yale professor husband Jed Rubenfeld, it was accused of new racism but it, too, became a New York Times bestseller.

“I never think my books are going to be controversial,” says Chua, “but somehow I keep getting into trouble. I just wonder what’s going to happen with this one,” she says of her fifth book, Political Tribes. “I’m sure I’ll get into trouble again.”

There’s no denying that Political Tribes – which delivers new, uncomfortable insights into tribalism in America and the human instinct to form tribes – is a biting criticism of conventional American thought on everything from foreign policy through to identity politics and the rise of Trump. In examining why America, a land of immigrants, is so uniquely, dangerously, blinkered to tribal politics at home and abroad, Political Tribes also delivers stinging home-truths – any one of which can ignite controversy.

Yet it is American exceptionalism, argues Chua, that blinds it to tribal identities abroad. For America is exceptional, maintains this American-born daughter of ethnic Chinese immigrants from the Philippines. Its ethnicity-transcending national identity, and its unusual success in assimilating people from diverse origins, qualifies it as a super-group, the only one among the world’s great powers. “This has shaped how we see the rest of the world, and deeply influenced our foreign policy,” says Chua. “This is not to say we haven’t got terrible racism, but unlike France, or even England, this is a country with a very strong national identity. So American people just think ‘Oh Sunnis and Shias, why can’t they just be Iraqis?’ It’s a naive view, and it’s pretty ignorant.”

Tribalism propelled Trump to the White House, argues Chua. Race has been traditionally at the core of American tribalism, but Chua notes that America is “on the verge of an unprecedented demographic transformation”. Yet even the growing “whitelash” to the “browning of America” which many consider a factor in Trump’s rise to power, is as complex and divided as the identity politics of both left and right – which are fracturing so rapidly thanks to bigotry and racism on one side and political correctness and a kind of “oppression Olympics” (when two or more groups compete to prove themselves more oppressed than the other) on the other. She believes it is tearing the country apart. Her insights into the sports of Nascar and World Wrestling, powerful tribal identities that see themselves as the “true America”, are illuminating.

But it is her analysis of lesser-known tribal identities like the Sovereign Citizens, a bizarre anti-government group that law-enforcement agencies have identified as a greater threat to their communities than Islamic extremists, and the Prosperity Gospel – a Christian sect that preaches that being rich is divine and is especially popular with disadvantaged minorities – that are as disturbing as they are revelatory. Not to mention the potent tribal identities of America’s 27000 street gangs. Or the lure of Narco-saints like Nuestra Senora de la Santa Muerta (Our Lady of the Holy Death), a cult which holds many poor Hispanic Americans in its grip as well as many members of the LGBTQIA community.

“America’s identity as this single, unified country that still allows for a lot of diversity is really under threat today, and from both sides. It’s why I wrote the book, so that we can get back to seeing that this super-group status we have is extremely unique,” says Chua. “It’s about saving America, the country that my parents love, and that I love.” @BronSibree

Political Tribes: Group Instinct and the Fate of Nations by Amy Chua
EAN: 9781408881545
Find this book with BOOK Finder!