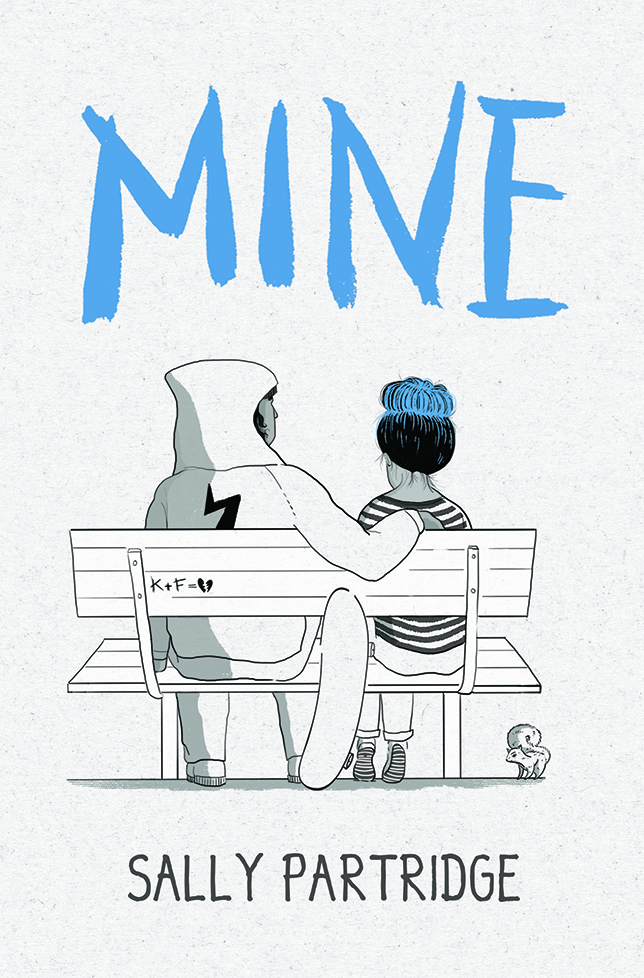 “People are complicated and love can make us do crazy and unkind things,” says Sally Partridge, whose fifth young adult novel, Mine, is an intense read. It follows the lives of two ordinary teenagers who fall in love, but their love turns sour as their pasts come back to haunt them.

Kayla is a beautiful skater girl with long blue hair and a love for comic books and classical music. Her mother sends her to a posh school in Rondebosch where she can hone her musical craft, but the boys take advantage of her and the girls smear her name. Friendless and alone, Kayla finds it difficult to trust Finlay, who enters her life and promises to save her. Fin makes promises he can’t keep. He’s broken too, and copes by smoking weed and binge drinking. He lives with his old man in Lansdowne, and often arrives at school with fresh bruises on his face. Fin is repeating matric, but he’s the lead rapper in a crew (not band) and calls himself Thor on stage. When he meets Kayla, all he wants to do is protect her from the world that’s been so cruel to her.

But good intentions have a way of causing more trouble.

The most impressive thing about Mine is that the characters are three-dimensional young people who could be from anywhere in the world, battling with anxiety, self-doubt, paranoia, and self-sabotage.

Partridge says the young adult genre appeals to her, “because this is the time we start experiencing the moments that define us and not all those experiences are happy ones. I try to explore how we deal with these experiences.”

Some of the scenes were difficult to write, she says. “If say, a description of a young girl being manipulated or gaslit (having her head messed with) is important to the story or the message I want to communicate, then it needs to be written, even if it’s uncomfortable.”

Partridge gets inspired by “watching people and wondering what’s going on in their heads, making up their stories”. She has a notebook and jots down observations.

Mine is exceptional, from the fast-paced plot, evocative landscape and haunting characters to the awesome cover art by illustrator Astrid Blumer. @annawriter_

« Alexandra Fuller had the choice to speak out in her debut novel, or to remain silent. She decided on the former, writes Michele Magwood
Bron Sibree reviews Amy Chua’s new book which traces tribalism in America »