The Killing of Butterfly Joe is a tale of violence, guns and greed – and the process of storytelling – told from a prison cell, writes Anna Stroud 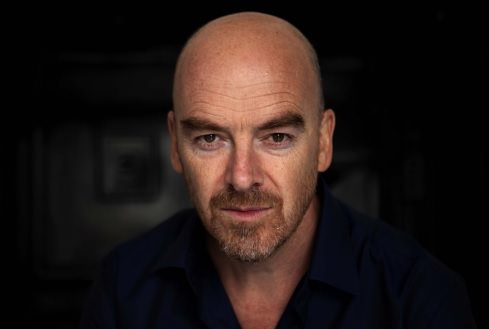 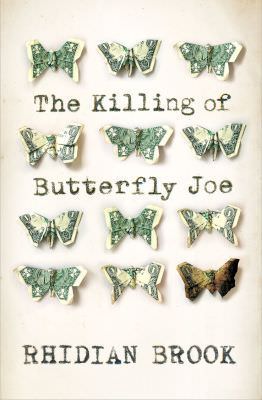 The Killing of Butterfly Joe is a fast-paced, neo-gothic thriller that starts in the Catskills Mountains of New York and takes the protagonists on a whirlwind adventure across America. The provocative set-up of the title adds to the sense of dread as the story unfolds, while cutaway scenes reveal the narrator is telling the tale from his prison cell. From the start we know that the narrator, Welsh wannabe-writer Llew Jones, is in for a wild ride when he becomes entangled in the Bosco clan and their butterfly business.

Rhidian Brook is like his main character – a Welsh novelist, except he is successful and living in London with his wife and two children. This year readers can look forward to a film based on his 2013 novel The Aftermath, starring Keira Knightley.

Brook explains where this latest novel comes from: “When I was 23 I had a job selling butterflies in glass cases in America. I worked for a guy who, as well as being a butterfly salesman, had ambitions to be America’s first Pope (an ambition he ditched on account of wanting to marry). I drove all over the US and sold in 32 states. It was 1987 and was pre-internet and pre-mobile phone, which increased the sensation of having an adventure in a land far, far away. I was not a novelist at the time but I told myself that I had to write about these butterflying days if I could. And so I did – 30 years later.”

The characters are well-rounded and entertaining. There’s Joe Bosco, the charismatic, dynamic oldest son; Edith, the powerful, terrifying matriarch; Isabelle, the sensible sister; Mary, the sensual sister; and Clay, Elijah and Celeste who, like the narrator, come to the business in unorthodox ways.

Brook says the characters’ interaction is vital to the story: “Llew is coming into an established, albeit eccentric, family in which there are different temperaments and different histories all clashing. Part of Llew’s journey is working out who is true and trustworthy. The characters also bring out the best and the worst in our narrator.”

Llew and Joe’s relationship reminds the reader of Nick Carraway and Jay Gatsby; Llew is enthralled by the sheer magnitude of Joe’s personality and despite his affection for both sisters, it is Joe he loves.

Joe was inspired by two “untameable, creative/destructive mavericks” in literature, The Cat in the Hat and Zorba the Greek. There are echoes of Kerouac and F Scott Fitzgerald in the story, and Brook unpacks the notion of the American Dream in a new and refreshing way.

“The American Dream is a chimera. And yet, the sense of possibility – the idea – of America is so powerful it gives you the feeling that you can do and be anything. And sometimes that happens. Joe actually despises the idea of it – for him it stems from the constitution’s attempt to encode happiness in law. He also thinks it’s a kind of idolatry. In his view America is a religious country but its real religion is money, backed by violence and guns. True religion has been lost.”

Writing is a central theme as elements of storytelling appear throughout the book. Joe tells Llew, “If it’s your story, you can do what you like with it”, Joe makes up his own words and Llew admits he’s an unreliable narrator. Brook says: “I was interested in the tension between experiencing versus imagining, but also how we can sometimes stumble into being writers via the most unexpected roads. Llew gets to write his ‘Great Welsh-American Novel;’ just not in the way he expected.” @annawriter_

« “His Michael K has to stand on his own. And he manages to do just that.” Lorraine Sithole reviews Nthikeng Mohlele’s Michael K
“It really should be a no brainer that people should have access to books in their languages.” A Q&A with African language translator and literary activist, Lorato Trok »