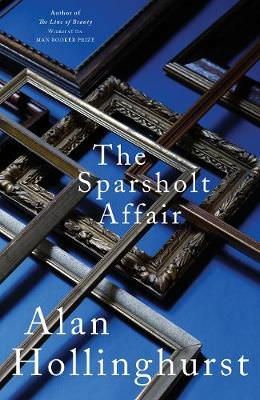 Divided into five fairly distinct, yet linked sections, each with its own set of characters, time-frame and worldview, Hollinghurst’s newest novel is as enigmatic as the author. A self-professed loner who secludes himself for long periods while writing, The Sparsholt Affair is only his sixth novel in nearly 30 years.

Part one introduces us to Oxford in 1940, when David Sparsholt arrives at the university for a single term before embarking on a military career. His arrival causes commotion, owing to his outstanding beauty and physical prowess, particularly among a group of friends who first spy David exercising in his rooms. Engaged to Connie, Sparsholt becomes a preoccupation for this group of gay men (though they wouldn’t have called themselves that in the ’40s). David is clearly not unaware of his beauty, nor entirely impervious to the approaches of his admirers.

Part two fast-forwards to 1966, a year before homosexuality is decriminalised in Britain, where we meet our new narrator, Johnny – David’s son. Young Johnny is obsessed with a French exchange student placed with the Sparsholts, Bastien, and spends much time frustrated by Bastien’s beauty and disregard for Johnny’s existence. Another family is holidaying with the Sparsholts, and it is soon clear there is an affair between David and his male colleague, to which their wives are not oblivious.

Parts three and four move the action into London in the ’70s and ’80s, and Johnny’s burgeoning life as a painter and his discovery of an increasingly open gay life. Also revealed is David’s involvement, in 1967, in the eponymous Sparsholt Affair. Hollinghurst never fully reveals the detail of the scandal, but it appears to haunt David who retreats into an ever-more conservative world, and marries his secretary after his marriage to Connie, Johnny’s mother, ends. Even more problematically, the scandal haunts Johnny, whose family name never fails to raise eyebrows, even decades later. After all, books were written about the scandal. Johnny, if it isn’t clear by now, is also gay.

The Sparsholt Affair is impossible to categorise with any neatness. The five-part structure, which begins with a certain formality, falls away so that by the end it is a far looser book than that which one had begun reading.

Hollinghurst’s power lies in his ability to see the fine details of lives, and his understanding and layering of the broad sweep of history and human change over that. The Sparsholt Affair is an examination of shifting taste and permissiveness – social and personal. It’s difficult to decide whether the book is enjoyable or not, peopled by so many characters and covering so many years. Perhaps the uncertainty is Hollinghurst’s intention. Russell Clarke @russrussy