Different voices: prominent feminists write about what feminism means to them and what they would like to see, in SA and globally, writes Tiah Beautement 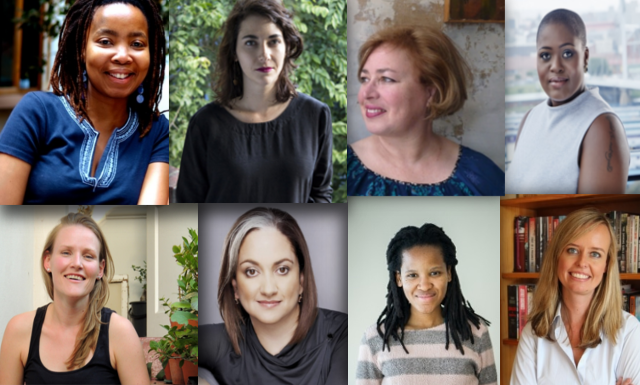 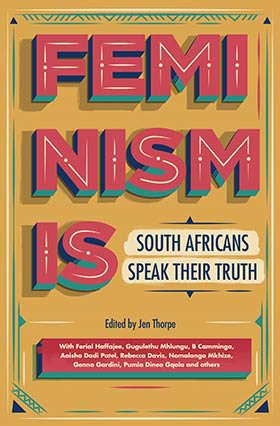 ‘If we’re going to talk about feminism, we need to understand that the term has different meanings, for different people, in different contexts – and that’s okay,” writes Aaisha Dadi Patel. Patel is one of 31 contributors in Feminism Is, including notable names such as Gugulethu Mhlungu, Rebecca Davis, Ferial Haffajee, Nomalanga Mkhize, and Helen Moffett.

The book is the brainchild of Jen Thorpe and serendipitously comes at a time when #MeToo and #TimesUp movements are now leaning into much-needed conversations.

The project was sparked by “Talking Feminism”, an event at the 2016 Open Book Festival, featuring Thorpe along with Mohale Mashigo, Yewande Omotoso, Pumla Dineo Gqola and Nnedi Okorafor.

The collection is a glimpse into the wider conversations that encompass feminism, including raising boys, climate change, race, class, womanism, feminism in a Muslim context, gender, social media, language, diet, Donald Trump, dating, and South Africa’s Department of Women. As to the latter, Thorpe writes: “Since 2014, when the Department of Women, Children and People with Disabilities was dissolved, and reconstituted as the Department of Women, the engagement with women’s issues (outside of the financial requirements such as quarterly reporting) in parliament has decreased rather than increased.”

Now, with the recent appointment of Bathabile Dlamini to the department, Thorpe adds: “What I would like to see is a women’s ministry that leads on women’s empowerment and the promotion of human rights for women. It’s my opinion that at a national level there is room for rethinking the way we address women’s issues and whether the Ministry of Women should be the only department that takes on the role of promoting women’s interests. I’d really like to see the uptake of promoting human rights for women across all departments.”

Feminism Is delves into how the contributors came to feminism. Dela Gwala writes: “Rape made me a feminist,” and Michelle Hattingh writes: “Feminism carved itself into my flesh.” Gabeba Baderoon and Genna Gardini turned to poetry to formulate their thoughts and feelings on the subject. Gardini says: “Poetry gave me a space to learn how to speak and think about politics. Through it I began to slowly tease out my understandings of feminism and intersectionality, to try to explain what I thought.”

What the collection does best is show that feminism is a diverse movement, and this means feminists must be respectful both on and off social media while listening to each other as the movement evolves and progresses.

In one of the most thought-provoking essays in the book, B Camminga reveals how interaction with Thorpe challenged and changed the initial direction of Feminism Is, leading it to become a collection composed of South African human beings, not just women. Camminga’s essay goes on to challenge readers to understand that gender is a social construct. The writer never reveals gender identity in the essay, due to the core belief: “Feminism is for every single body.” Camminga further argues: “The political task of feminism is to eradicate gender.” Regardless of whether you agree with Camminga’s views, the essay alone is worth the price of the book. @ms_tiahmarie