“Barbetje had helped me with the first two births – the unsuccessful births. Motherhood had never been my desire.” Read an excerpt from Maxine Case’s Barry Ronge Prize shortlisted novel, Softness of the Lime 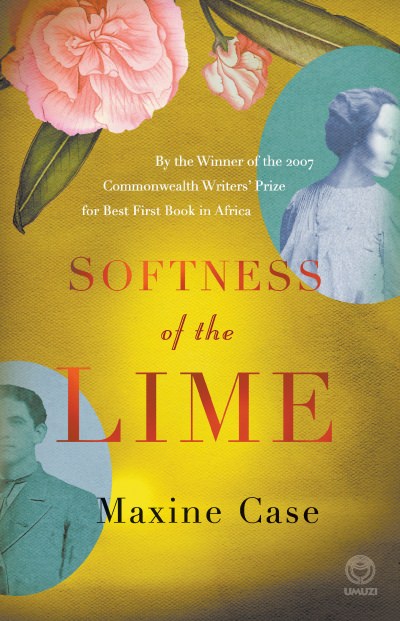 “Just say what you want to say,” I told her, addressing her in English this time. My English was better than hers by then.

Barbetje ignored me and instead bustled about the kitchen while I watched her with defiant expectation. She took out two cups and saucers: not the good stuff the family used, but not the worst. She placed the sugar and a jug of milk next to them and then poured the tea that had been warming on the stove all morning into the cups. She stirred them briskly, then passed me one.

“Hot, sweet tea always makes me feel better,” she explained. I could believe it; she drank several cups a day.

“Why don’t we sit?” she suggested, pulling out a chair at the table. We seldom sat there; the table had always been reserved for the family, even once the misses left. When we worked we stood, but Barbetje was having none of that.

I sat down, since I knew that no one would actually tell me that I could not. Anyway, it was usually Barbetje who watched me, to make sure that I didn’t overstep my bounds, and if she told me to sit then I would sit. We sipped our tea in silence. I decided that I would not goad her to talk. Maybe I was afraid of what she’d say.

“His father was exactly the same,” Barbetje said, once I had nearly finished my tea.

I stirred the bottom of my cup, thinking that the words alone must have tasted like sugar on her tongue, but she had surprised me with the tea. Such a sweet irony, I thought, that Barbetje should be to one to show me how I too had been deluded enough to believe that a man like that would keep his word: “I will marry you one day; I will give our children my name”. That’s what he used to say on the nights he wanted to talk.

I was glad that Barbetje hadn’t required me to confirm the news of his marriage; she probably already knew, perhaps she was privy to the details. I didn’t know and I didn’t ask. I let her speak.

“Always promising one thing but doing another,” Barbetje said.

I wanted to ask her about the children she’d borne; I wanted to know what had happened to them, whether she’d thought they’d make a difference. I wanted to ask whether the old man had been able to sell his own flesh and blood. If his son was exactly like his father, I needed to know that.

Barbetje had helped me with the first two births – the unsuccessful births. Motherhood had never been my desire. Not to be hurtful, but it had never been my plan. The hopeful among us saw children as negotiating instruments, a tool when we had so little with which to bargain. Others bore children to punish, a constant reminder of the sins of the fathers. All those fathers sinning so unconscionably, ardently, what was another child when compared to able hands, strong arms, feet? A baby for some was gold, and if not gold, then silver.

A baby is not a bird…

I remembered the words from Rakota’s tale; had always wondered what it meant. Those words were the first thing that came to mind when I saw the child, the first one, a girl. Birdlike bones and damp feathers of hair like a newly hatched chick.

A baby is not a bird…

It was true what she said. A stiff rod had no conscience.

« Abantu Book Festival is calling for donations
Indie authors networking event – learn how to market your books from the best! (Friday, 8 June) »