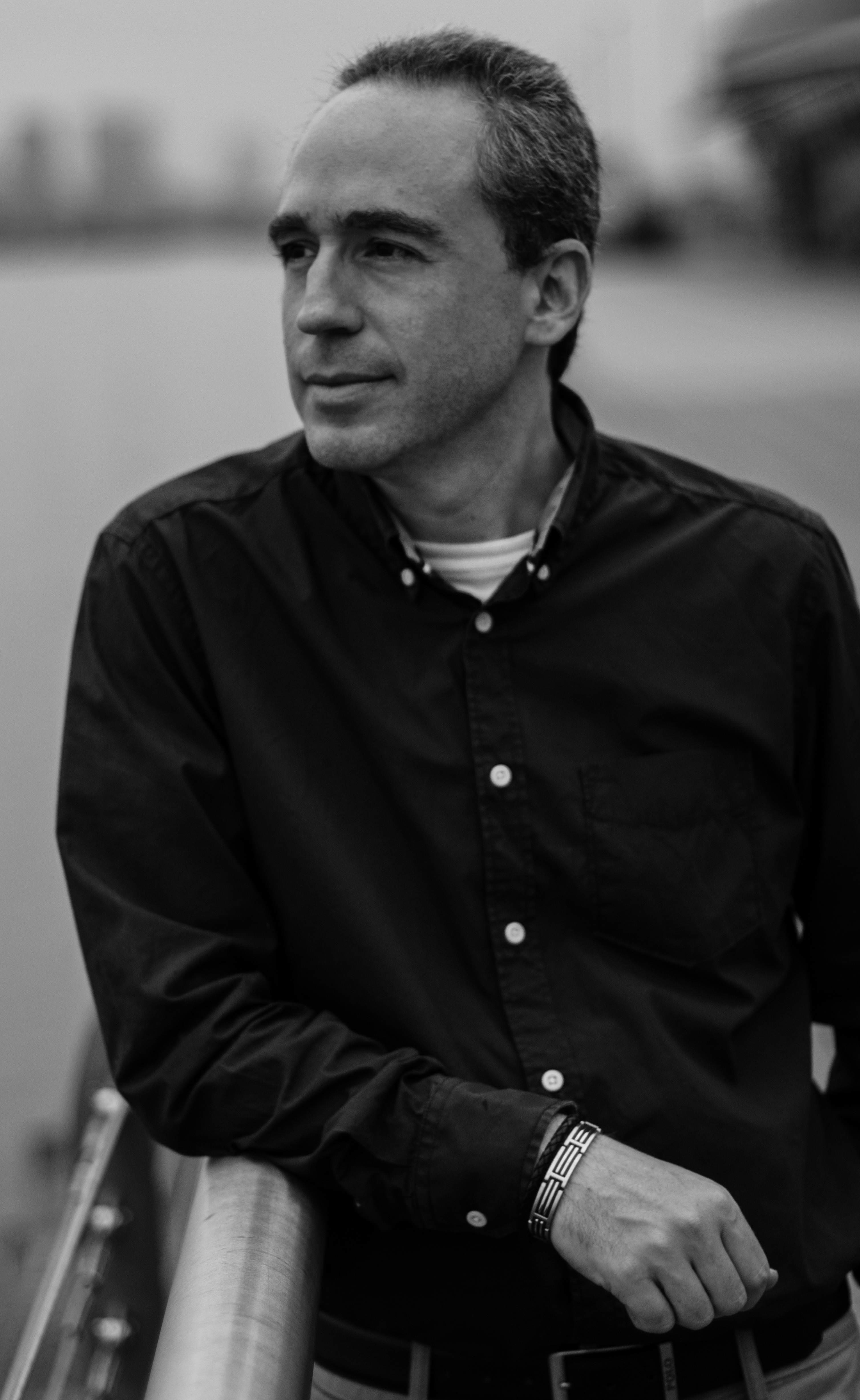 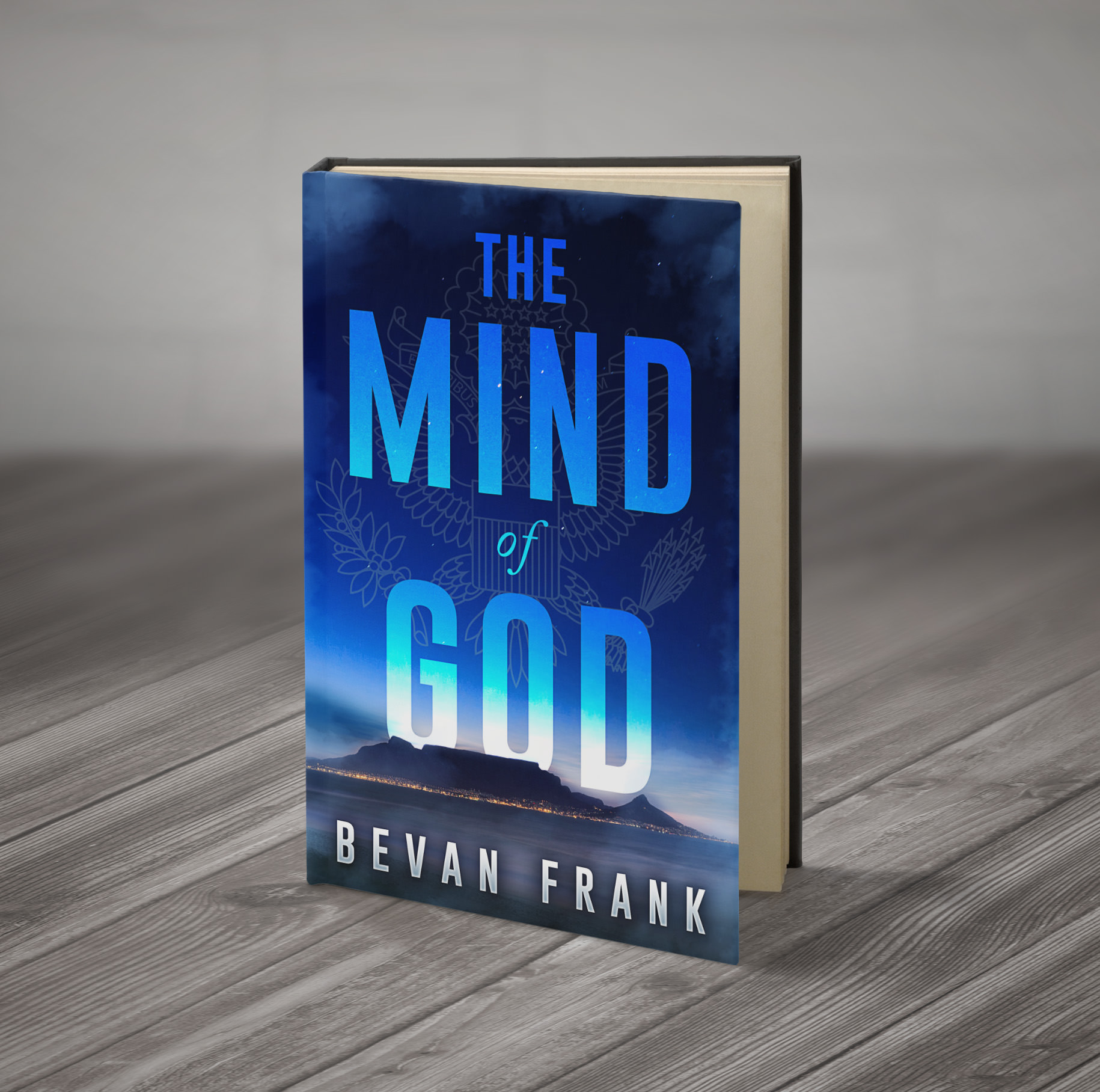 The announcement was made by Robin Cutler, Director of IngramSpark on Saturday 2 June, at Book Expo America, a major trade show in New York.

I discerned the following about Bevan’s lauded book (thanks, gmail!)…

The book is set against an unfolding terrorist plot in Cape Town while the president of the USA is visiting the Mother City. Could you expand on the nature of the plot and, in light of the Trump-era, why you decided on the president of the United States specifically and not, say, a British prime minister?

A mysterious black box gets stolen from the University of Cape Town while the president of the USA is in the Mother City. Is this a coincidence or is there something more sinister at play? When the professor who worked on the black box disappears, it is up to Liz Greene to find out what happened to her father and his groundbreaking research before it is too late. Liz and her friend, Tim Fletcher, must solve one clue after another as they suddenly find themselves fleeing for their lives in a deadly hunt around Cape Town.

Why did I choose a US presidential character as opposed to one from another country? America is still one of the most, if not the most, powerful countries in the world. Any visit by an American president to SA is a huge news story/event with potential to bring with it positive trade and economic outcomes for SA. Also, in SA there is a huge following of American culture (regardless of ones political views) from movies to books to TV to clothing. (Even one of the gangs on the Cape Flats calls themselves the Americans!)

So if South Africa is a good enough place for an American president to visit, I hope that Americans who have never been to SA would consider it as a holiday destination. Part of my aim in writing the book was to attract international audiences, to get the world to discover SA and to ultimately play my own small part in helping to boost the South African brand (and rand!) And lots of parts of America remain an untapped market in terms of enticing American tourists to visit our shores.

Could you tell our readers a bit more about your protagonist, Liz Greene, and why her father’s research plays such an integral role in the plot?

Liz Greene lives in Cape Town’s southern suburbs. What starts out as an ordinary day for her quickly unfolds into something deadly and sinister as events spiral out of her control. She has developed the ability to deal with what life throws at her, and once she sets her mind to something, there’s no stopping her! But will she be able to cope with the unfolding plot that readers are exposed to? There are various players who will stop at nothing to get what they want, which is something related to Liz’s father’s black box and its crucial global consciousness research that he had recently made a breakthrough with. The black box is the crucial driver behind the fictitious thriller.

The mysterious black box around which the story centres is a Random Event Generator. Could you please

a) explain the purpose of a Random Event Generator (in layman’s terms – after a furious bout of googling, I’m *still* baffled!) and
b) why you decided on the funeral of Princess Diana as a method of describing the ‘worldwide mind’ of grief experienced around the globe? Is this commentary on how easily humankind is influenced by anonymous, yet powerful/revered figures which we – to an extent – tend to deify?

Is there an invisible consciousness that connects all of humanity? What if we could somehow measure it and use it to predict the future? My thriller centres around a real-life project by the Institute of Noetic Sciences, which researches how beliefs, thoughts, and intentions affect the physical world. At the core of this is the black box device or Random Event Generator. In scientific terms, a Random Event Generator is a device that uses computer technology to generate two numbers – a one and a zero – in an entirely random sequence, almost like an electronic coin flipper. [I hope this clarifies a bit more! The reality is that I go into a lot of detail in the book about this and it becomes clearer as the novel progresses.]

While conducting my research for the novel, I found the impact of Princess Diana’s funeral on the black box to be absolutely amazing. In fact I couldn’t believe that it was true, but it was and I decided that this was one of the best examples to use in revealing what actually transpired that day in terms of global consciousness. I don’t want to give away too much to your readers as I obviously don’t want to spoil the story, but there are other important global events which had significant impact on the black box which I explore in my novel too, including a lot of detail about 9/11. What is astonishing is that the black box had a type of ‘premonition’ a few hours before the tragic events of 9/11 took place. As I waded deeper into my research I knew that this subject matter had to be shared, and what better way to do it than amidst an exciting thriller!

The royal family features prominently in your novel; when did you start writing The Mind of God? Was it long before the announcement of Prince Harry and Meghan Markle’s engagement? As a side note – do you think the British royal family are deserving of the worldwide attention they garner? Is royalty still relevant in the 21st century era? And how did it feel when you heard Bishop Curry quote the exact same de Chardin-quote which appears in your novel?

My book was finished before Prince Harry and Meghan Markle even started dating, which is why I was even more amazed when Bishop Curry mentioned the quote by de Chardin in his sermon at their wedding. The fact that he used the same quote I used at the beginning of my book just reinforced to me the power of synchronicity and how we are all connected, in ways most people don’t even realize.

On the subject of the British royal family, I believe that they are deserving of all the attention they get today. I think that the monarchy and its rich history is important for Britain as a country and for its economy, and can continue to play an important role particularly the younger generation of royals who have made it more relevant in today’s age.

Role models, whether royalty or other, are important in life and many people look up to their role models to give them hope and aspiration. Whether it is a child playing rugby in Soweto who gets inspiration from our new Springbok rugby captain Siya Kolisi, or an aspiring comedian on the Cape Flats who dreams one day of making it big like Trevor Noah or an actress by the name of Meghan who grew up in Los Angeles and one day married a prince!

Does the title comment on the (conflicting) notion that power is dictated by either science or religion in a contemporary society?

Here is a pull-out quote from the novel which is relevant to the title:

“What happened here can only be described as a truly global effect of consciousness, almost like a global mind’s inchoate thoughts. Some would even go far enough to call it the Mind of God.”

Recovery from my stroke!! I need to get my strength and sanity back. But yes, Liz Greene will be back, in an environmental thriller. Watch this space :)

« Becoming Iman: a media personality tells of her religious conversion, before being born again in the light of reason, writes Gillian Anstey
Lowveld Book Festival 2018: Save the date! »