“The blood of the woman on the stoep of my father’s shop was redder than stoep polish.” Read an extract from Harry Kalmer’s A Thousand Tales of Johannesburg, shortlisted for the 2018 Barry Ronge Fiction Prize 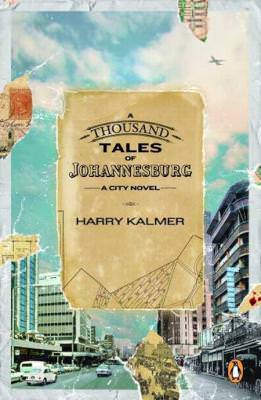 “My name is Alice and I am as old as the mountains.”

“As old as the mine dumps. As old as Mandela. We were born in the same year. So I am not exactly sure what I imagine and what I remember. Is there a difference? Not much, if you ask me.

“Sometimes when I am in bed, I think I hear the whistle of a steam locomotive. But there haven’t been steam trains in Johannesburg for years. So the train I hear is probably only my memory. Or my imagination.

“At night in Chinatown you could hear the trains shunting at the municipal market and in the Braamfontein Yard. Steam trains. Toot-toot. Clickety-clack. But my first memory is of another place.

“My father owned a shop next to a mine. It was during a strike. There was a Boer woman. Afterwards we heard that her husband was a scab. She was on the stoep of my father’s cash store when a piece of coal hit her in the eye. Nobody knew who threw it. I’m telling you, she screamed. She dropped to her knees and cried like a baby. I remember it like it was yesterday. She was wearing a white apron and one of those kappies that the poor aunties wore in those days. Blood spurted from her eye like a fountain.

“I seldom speak Afrikaans these days. But the pretty words come back all the time. Words like ‘fontein’ and ‘lokomotief’. Not words you hear a lot any more, if you hear what I’m saying.

“Anyway, I’m losing track of my thoughts. The blood of the woman on the stoep of my father’s shop was redder than stoep polish. My parents tried to stop the bleeding with a towel. Older Brother who died last year at ninety-five … or was it the year before last? Anyway, Dad sent Older Brother to call the soldiers. They came with a tank or lorry or something like that and took the poor white woman away. I don’t know who the woman was and I never saw her again. But I clearly remember her eye spouting blood like a fountain. That’s the first thing I remember.”