“Storytelling is a powerful communication tool for social cohesion, recording history and development” – a Q&A with Zimbabwean protest poet and playwright, Bhekumusa Moyo 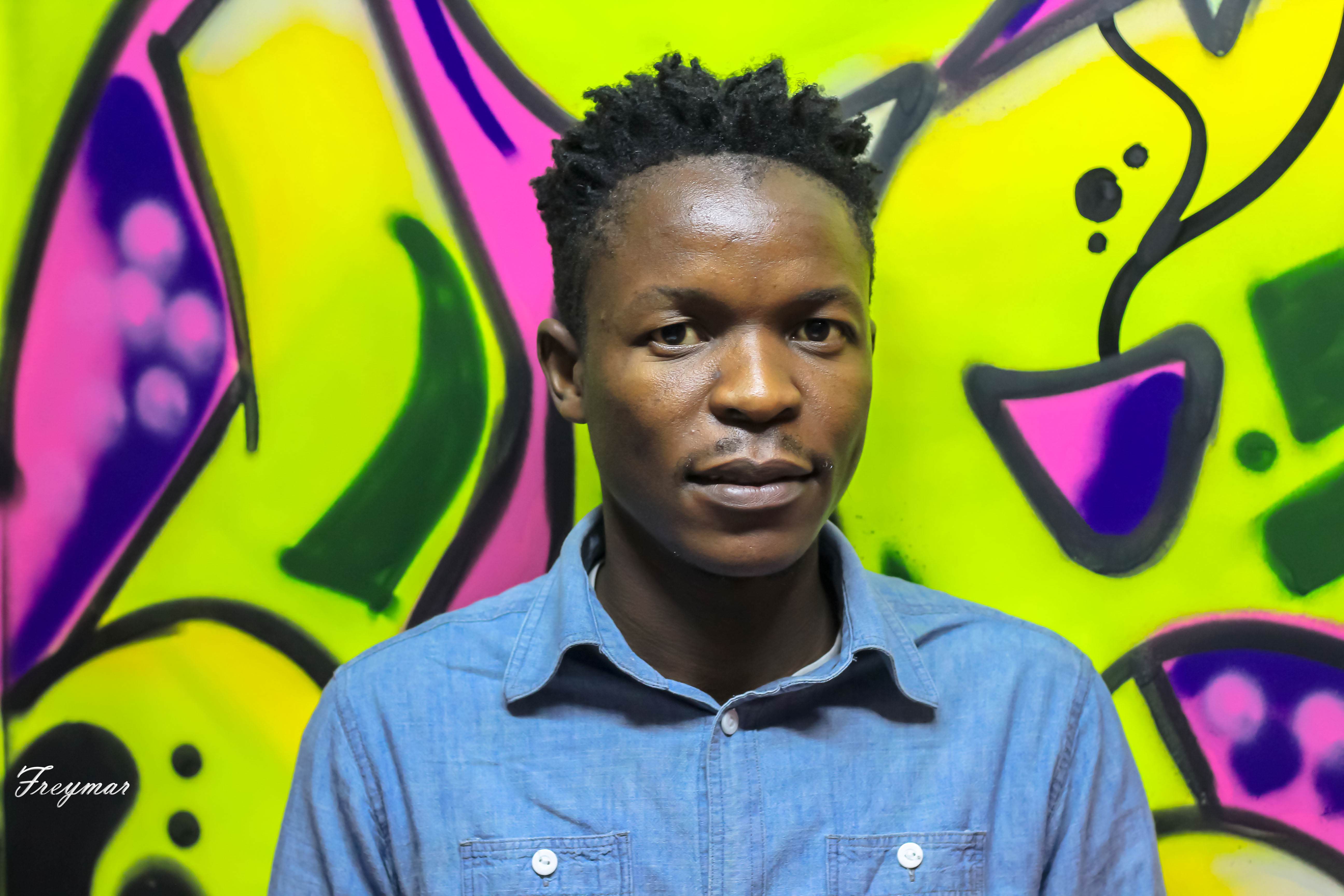 What role do you think storytelling – in communities, families or even individually – can have in creating social change?

Storytelling is a powerful communication tool for social cohesion, recording history and development. It can inspire change or incite a people to act on a social issue. Our personal stories are also a source of energy. Each story told has the potential for inspiring the next person. The experiences we go through can be used as a learning tool by those who haven’t experienced those things. I derive my own personal mojo from stories of key pioneers of pan-Africanism.

Tell us a little about your own experience with writing and performing in Zimbabwe.

Writing and performing in Zimbabwe is a life-changing experience. It certainly has its ugly phases – the darkest corners being draconian laws inherited from colonial Rhodesia. The laws that make the lives of critical and protest artists like me hell are the Public Order Security Act and the censorship board. These have curtailed any work which challenges those in power. Minus these challenges of arrest, persecution and banning, though, Zimbabwean audiences are supportive of art that speaks truth to power.

Which of your works are you most proud of having written?

I am proud of 1983-The Dark Years. This is a politically charged play on the Gukurahundi genocide which swept Matabeleland from 1980 through to 1987, leaving a trail of sorrow and deaths numbering around 20 000. The play was banned in 2010 but, with support from Zimbabwe Lawyers for Human Rights, we managed to stage it in various places. This year, after Mugabe, the play had a week of full houses at Theatre in the Park in Harare. I’m also proud of one of my poems called They Shall All Fall. This poem speaks of how people will dethrone dictators no matter how strong they are. Here’s an extract – “All that flies lands sometime / one by one in no particular order / they shall all fall.”

What language(s) do you use to write and perform in? Do you think choice of language is a political act for artists?

I write in Ndebele and English. Ndebele is my mother language. I will not stray far from it, as it carries rich idioms, proverbs and expressions of my people. Even when I perform, I juggle English and Ndebele. Language is a political act. My English must have deep roots to the imagery of my community so that I don’t struggle. Language, like culture, carries the essence of the peoples’ struggles. Language is the heartbeat of a community and yes, it’s a political tool too for engagement or disengagement.

There are many ways of protesting. Using literature – both written and oral – has a long and powerful tradition in Africa. Who are some of the protest writers who have inspired you?

I am greatly inspired by Athol Fugard, Professor Chinua Achebe, Christopher Mlalazi and the general struggles of my people, especially the women and mothers of my village who always show resilience even in the face of travesty.

Have you ever found it difficult to be a politically active writer in Zimbabwe?

Yes, Zimbabwe has very draconian laws, as I alluded to earlier. The censorship board is the biggest culprit – a club of old men who make it difficult to be politically active as a writer.

Of course, the elections are coming up very soon in Zimbabwe. What role do you think writers – whether they are poets, singers or journalists – play in this important time?

Chinua Achebe says that ‘writers give headaches.’ I feel it is important for artists at this time to inspire debate on the elections and comment strongly on institutions and individuals who can make or break the election. Artists must motivate citizens to vote, inspire peace as well as play the watchdog role and whistleblowers in cases of human rights abuses.

What kinds of opportunities would you like to see for African writers and storytellers in the future?

I am hoping that universities will embrace storytelling as a medium of passing on information. This can be done in formal learning spaces or creating festivals within academic years for African writers to bring their wisdom. I’d also love to see more writing residencies and literature festivals for different language activists. Storytellers must be brought to the table as much as other professionals to educate and speak openly on issues of social change.

« The SA Book Fair returns with a stellar programme showcasing 120 authors
“This book comes out of [my feelings about the fallist movement] but also out of the desire to escape from it.” Imraan Coovadia on his new novel, A Spy in Time »