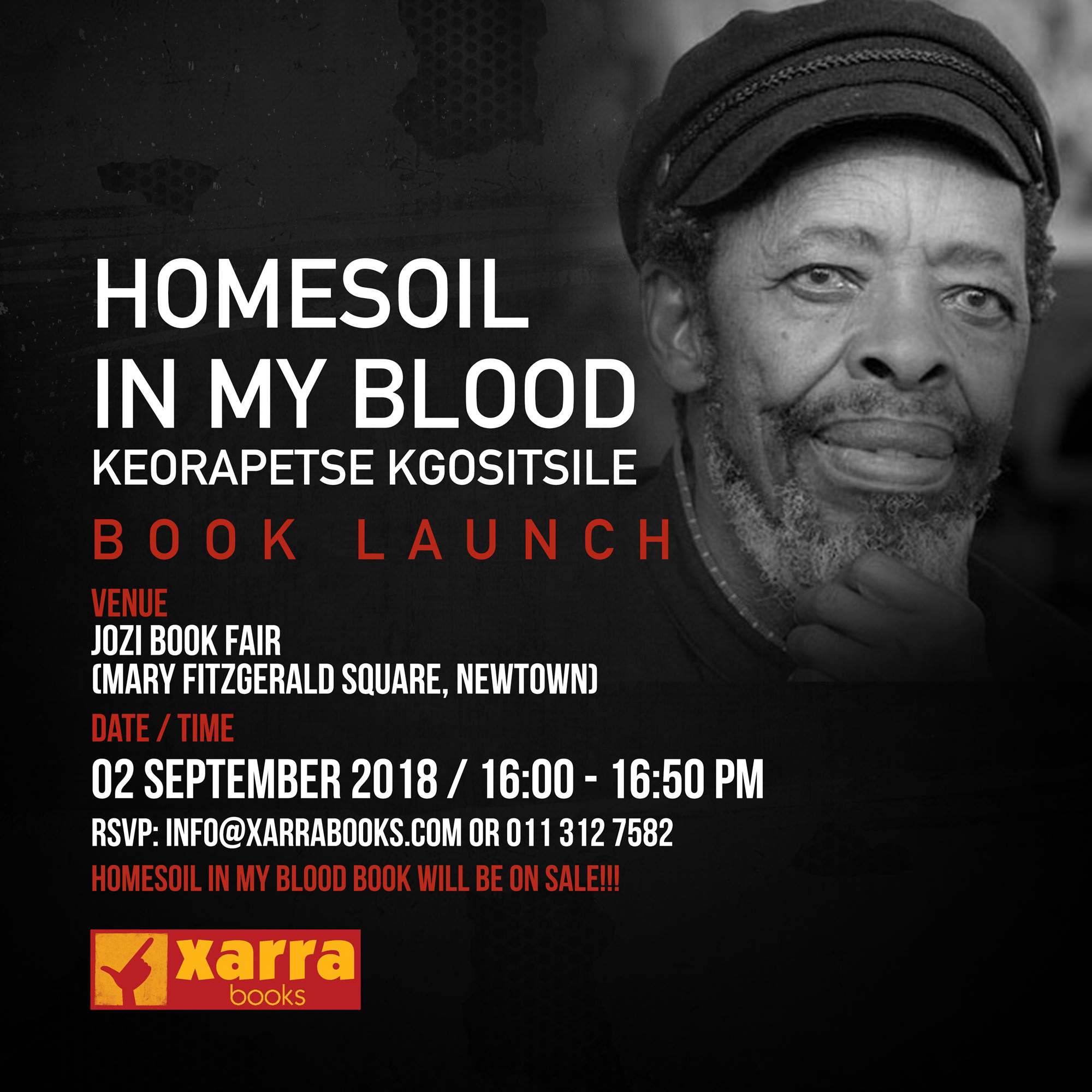 Xarra Books in collaboration with Jozi Book Fair will be hosting a fitting tribute to the late Keorapetse Kgositsile, a poet, author and political activist, affectionately known as Bra Willie. His latest book, Homesoil In My Blood, proudly published by Xarra Books, is a trilogy of poems. This book showcases a selection of poems from his remarkable cutting-edge poetry collection and features a foreword by Mandla Langa.

The launch will take place on the 02nd of September 2018 at Mary Fitzgerald Square in Newtown Johannesburg from 16:00 to 16:50pm.

Kgositsile was born in 1938, and spent 29 years in exile, primarily in the United States. He made his return to South Africa in 1990 and was named South Africa’s Poet Laureate in 2006. In 2008, he was awarded the national Order of Ikhamanga Silver for ‘excellent achievements in the field of literature and using these exceptional talents to expose the evils of the system of apartheid to the world’.

Kgositsile was one of the first to bridge the gap between African poetry and Black poetry in the United States and he was an influential member of the African National Congress.