‘Albright describes herself as an optimist who worries a lot. Hers is a timely warning,’ writes William Saunderson-Meyer of Madeleine Albright’s Fascism 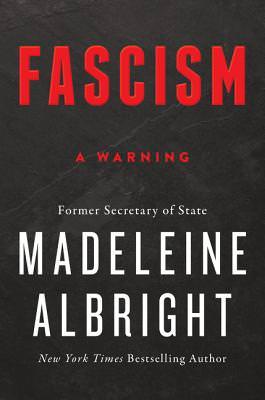 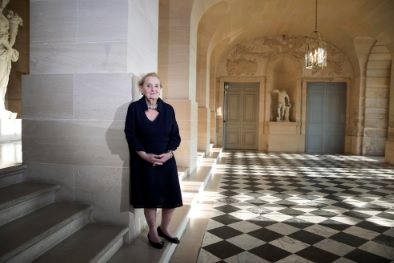 Sweden, the poster child for an inclusive, tolerant society, recently lurched to the right. So, too, has Italy, while Brazil, pending a presidential run-off, is poised on a sabre edge between left-wing and right-wing versions of populism.

The whole of Eastern Europe – former Communist bloc countries like Romania, Hungary, Poland, Slovakia and Croatia – has shifted substantially towards and authoritarian style of governance that puts at risk the founding liberal principles of the European Union.

As the writer Primo Levi, himself a Holocaust survivor, ruefully observed, “every age has its own fascism”. He might well have added that no nation is exempt from the affliction, for modern neo-fascism is a global phenomenon and spans the political spectrum.

In our age, as attested to by nations like Russia, Turkey, Venezuela and North Korea, it’s a truism that bridges vast differences in history and ideology. In SA, it was the driving force of the Afrikaner/white Nationalist ideology and, in a breathtaking post-apartheid inversion, it similarly is shaping the black nationalism of the EFF.

It is entirely apt that this lucid, compelling and cautionary book comes from Madeleine Albright, the former US secretary of state (and first woman to serve in that position) in President Bill Clinton’s administration from 1997 to 2001. She has not only made and lived foreign policy, dealing intimately with the countries she dissects, but she was a child refugee from Nazi fascism, following Adolf Hitler’s invasion of Czechoslovakia.

In her academic incarnation, she specialised in Eastern European politics, where the Marxian dream of a worker utopia had degenerated into a totalitarian nightmare. Hers has been a lifetime shaped by tussles with tyranny.

Hence, while some political purists may quibble, her rendering of fascism is deliberately broad. In an interview with The Guardian, she points out that defining fascism is difficult.

“First of all, I don’t think fascism is an ideology. I think it is a method, it’s a system … a means of seizing and holding power.”

Fascism’s leaders have an “aptitude for spectacle”, a cult-like ability to establish emotional links to the mob and bring to the surface “deep and often ugly” feelings.

Theirs is an intolerant, antidemocratic “doctrine of anger and fear”, marked by strong ethnic identification, as well as vilification and discrimination against non-members.

It often draws its energy from “a memory of humiliation” that percolates upwards from the general populace. The more painful the grounds for resentment, the easier it is for the fascist leader to build his following by “dangling prospects of renewal or vowing to take back what’s been stolen”.

It relies on intimidation and, often, violence. For it to succeed, the traditionally independent institutions of democracy, such as the police, the prosecutorial services, the judiciary, and civil service, all have to be brought under partisan control.

To the chagrin of Albright, the US, where her fleeing family eventually found refuge, is no longer the bulwark against fascism, of any hue, that it once was.

Under President Donald Trump, there is a resurgence of American isolationism, protectionism, and a tolerance of dictatorships, that Albright worries is eroding the US’s efficacy on the international stage, deepening divisions within the West, and emboldening antidemocratic forces.

While Albright is careful, unlike many Democratic Party leaders, to label Trump as a fascist, her scorn for him is manifest.

“Instead of challenging anti-democratic forces [globally], Trump is a comfort to them, a provider of excuses.”

The Trump administration’s disdain for the international consensus painstakingly built since 1945 is an incentive to a flourishing culture in what she calls the global “Petri dish of fascism”.

This is undermining a critical tenet for the relative equilibrium the world has experienced since, argues Albright – the belief that “victories are more readily won and easier to sustain through co-operative action than by nations acting alone”.

Albright describes herself as an optimist who worries a lot. Hers is a timely warning. @TheJaundicedEye