“Just stick to cricket, Shane.” Good ol’ Warney has been indulged once more in this tedious biography, writes Archie Henderson 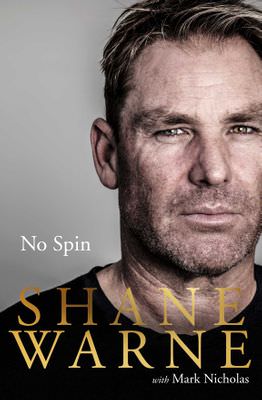 This is not it, even with Mark Nicholas as his amanuensis.

Nicholas, an accomplished broadcaster and writer, played a marathon innings, listening to his subject, recording him, transcribing their conversations and bringing some coherence to the garrulous Warne’s ramblings.

He fails to rein in Warne and a book of almost 400 pages (including seven of fascinating statistics) could have been half the length, enough to accommodate the best part of the book, the cricket.

Warne was a great cricketer – many aficionados believe he was one of the greatest – but he can also be a great bore.

His peccadillos with a variety of women and his affair with film star Liz Hurley are tedious.

His obsequiousness toward the rich (Kerry Packer et al) is embarrassing, especially his blatant pleading to be invited to Johann Rupert’s next golf outing at St Andrews.

And his participation during a TV reality show in the “jungle” near the Kruger Park is ludicrous and irrelevant.

Stick to cricket, a strong captain – Steve Waugh, perhaps, whom Warne loathes – might have advised.

But good ol’ Warney has been indulged once more.

When he does stick to cricket, he redeems himself and his book.

He is a deep thinker on the game, was a brilliant exponent of the difficult art of leg-spin bowling and would have made a very good Australian captain.

Sadly, part of his behaviour cost him that job. Now it’s cost him a good book.

One day, when time has created some distance for dispassion, Warne will get his deserved biography. It might even be by Gideon Haigh, the Australian who is as good a writer as Warne is a bowler and who has already compiled a series of essays on the player. In them Haigh describes Warne’s bowling action as being “both dainty and menacing, like Ernst Blofeld stroking his white cat”.

Now that’s a book that would be worth reading.