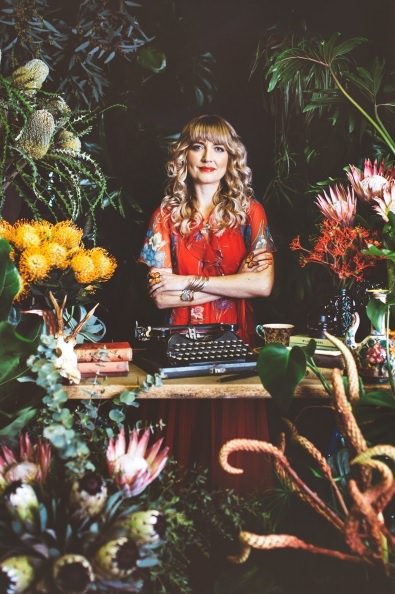 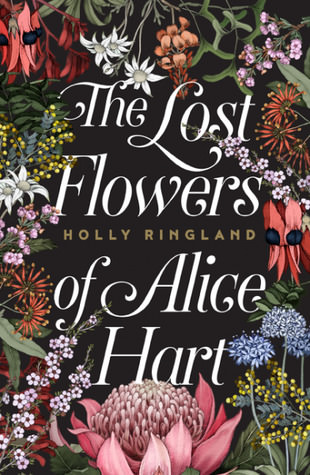 “In the weatherboard house at the end of the lane, nine-year-old Alice Hart sat at her desk by the window and dreamed of ways to set her father on fire.”

This is the gripping first sentence of The Lost Flowers of Alice Hart. It’s Holly Ringland’s debut novel. The breathtaking cover of arresting native Australian flowers matches the carefully woven coming-of-age story. Every chapter features a drawing of a particular indigenous Australian plant with an explanation of the meaning of the flower. Black Fire Orchid means “desire to possess”, Flannel flowers mean “what is lost is found”, and Foxtails mean “blood of my blood”.

In turn these meanings become the foreshadowing of Alice’s mostly unhappy life. Young Alice lives in isolation with her mother and her abusive, obsessively jealous father whose “eyes turn black with rage”. She has seen no one besides her parents – they stay far from the madding crowd in a cottage near the sea and sugarcane fields. The only relief she has is her beach that she considers her refuge, her books and her dog Toby.

Then fire does come and consumes all that Alice knows. Injured and unable to talk, she has to go and live with June, a grandmother she never knew she had. June takes her to Thornfield, an indigenous flower farm that is inland, far away from Alice’s beloved sea.

Here Alice heals and learns about the meaning of flowers that surround her and who the dungareed Flowers are; the gentle women that her gran has taken in who happily spend days in the fields tending the precious blooms. But no matter how hard June tries and how many times Alice asks her, June can’t get herself to tell her the horrible truth about Clem, her father.

Alice, now 26 years old, learns sharply about betrayal. She flees the farm and ends up at Kililpitjara National Park where the sacred Sturt’s Desert Peas grow. This strange blood red plant’s meaning is “have courage, take heart”. Unprotected and raw, Alice finds herself in the same situation as her mother and has to find the fortitude to leave.

Ringland, who says she grew up wild and barefoot in her mother’s garden in northern Australia, not only delivers a modern fairytale with poignancy, sadness and most importantly hope, she gives a rare insight to the wondrous and different landscapes that Australia has to offer that is more than just dusty deserts, wild dingoes, nosy neighbours and surfer dudes. @Jenniferdplatt