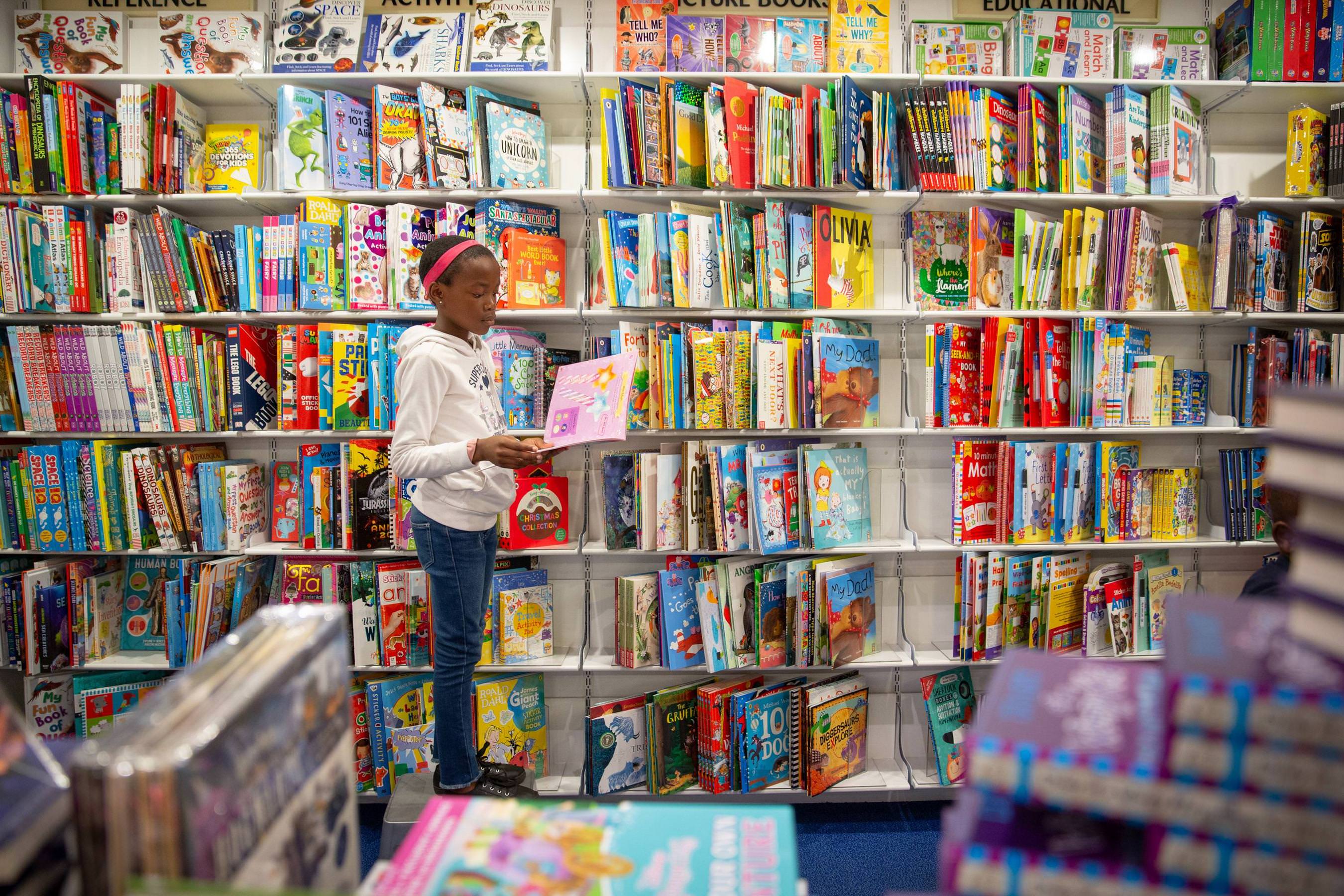 Bliss is perusing a bookshelf… (Shot for the shot, Daniel Born!)

The Thuma Mina Hillbrow Book Club, an exceptional book club created for orphanages in and around Johannesburg, was recently gifted books in English, Zulu and Sesotho by the national reading-for-enjoyment campaign, Nal’ibali.

The handover of the donations was celebrated at Killarney Mall’s Exclusive Books on a sunny Saturday morning with Thuma Mina Book Club organisers, Nal’ibali team members, media and the buoyant bookworms in attendance.

The group of animated bibliophiles were also offered the luxury of selecting any two books to add to their growing libraries, thanks to a fundraiser organised by the Thuma Mina Book Club.

(Colouring-in books seemed to be a hit and Nomalizo Xabana, marketing manager for the book club, had to encourage more than one youngster to please “pick another storybook”…)

Nal’ibali’s Bongile Mtolo (and storyteller par excellence) treated the riveted audience to a reading of two stories from Nal’ibali’s story collection: Sisande’s Gift tells the tale of Sisande, an orphaned giraffe who’s gifted a book after the passing of her mother and The Rainbird – a fairy tale about hope, magic, courage and a fantastical avian. 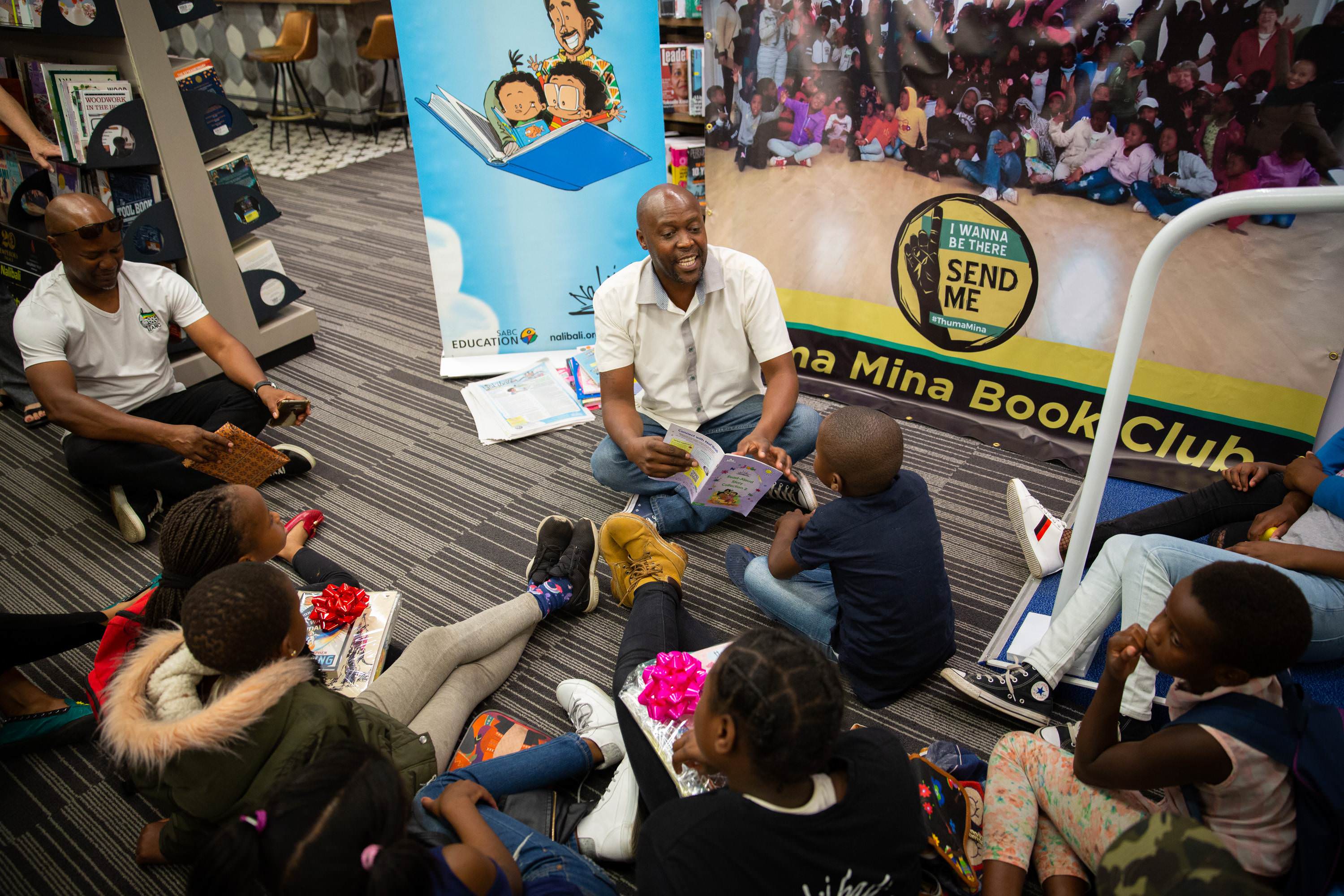 Bongile interacted with the crowd during the reading of both stories, asking questions such as which gifts they’d like to receive for Christmas (a confident “iPhone 8!” was met with mirth from the group), and what they would name a giraffe if they were to own one (“Owen” was quite a surprising answer…)

Youngsters do tend to get a bit kriewelrig after having to sit for a prolonged period of time but Bongile kept the vibe alive by leading two lively renditions of the Nal’ibali hand-clap – because no, one doesn’t clap “like you’re in church” after being read to, he quipped.

To paraphrase the Von Trapp siblings, the time to say so long, farewell, auf wiedersehen and goodbye is inevitable and the merriment concluded with a donation from The Sowetan of R80 000 to Nal’ibali, presented to the organisation by Sowetan editor, S’thembiso Msomi.

Now that’s what one calls a contribution to a nation’s literary future. 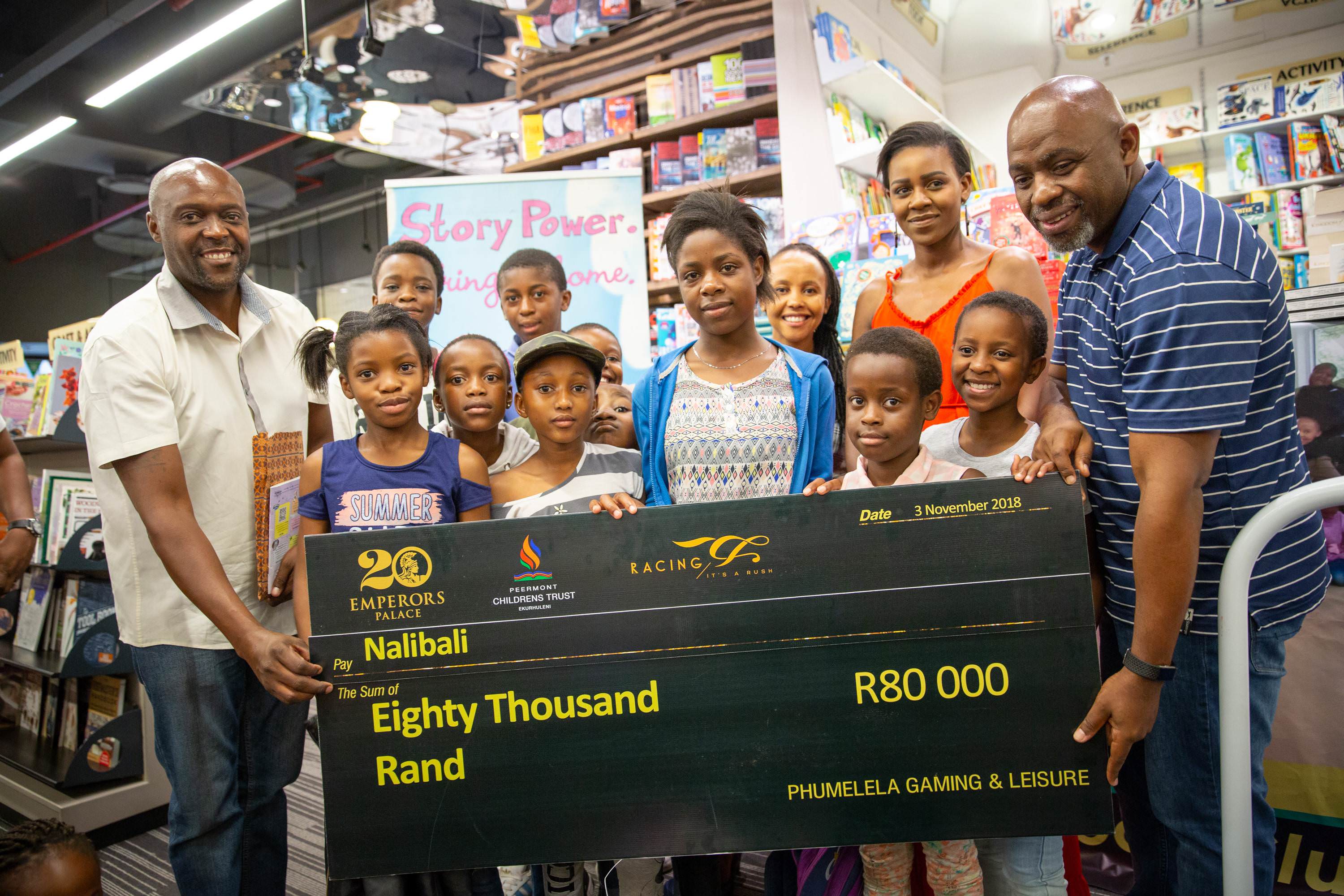